Without a proper refugee status determination procedure, asylum seekers are left in indefinite detention with no certainty about (or control over) their future, writes Claire Higgins. 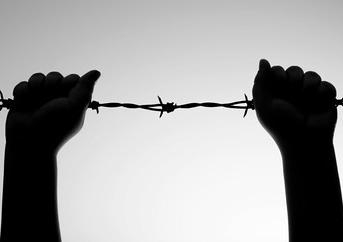 OPINION: It’s been a busy Refugee Week so far. The High Court dismissed a constitutional challenge to offshore processing of asylum seekers, while the federal Labor caucus rejected an internal motion calling for the party to end its support of that very policy.

The defeated Labor motion read that:

The Abbott government should ensure that detention facilities provide safe, dignified and humane conditions for asylum seekers in accordance with obligations under the refugee convention and in accordance with relevant human rights standards.

At its heart was the call for asylum seekers to “be processed in a timely manner to avoid [them] being left in a state of uncertainty and fear”, in accordance with the UN Refugee Convention. This necessarily requires a procedure for refugee status determination that accords with minimum international standards.

Labor’s debate was timely. As the current Senate inquiry into the violence at the Manus Island detention centre in February was told, a key contributing factor to the riots was the delay in processing.

Over four days of testimony, witnesses made clear that Australia remains responsible for asylum seekers transferred to offshore processing centres, and has an obligation to ensure that its protection claims are determined in a transparent, fair and efficient manner.

Papua New Guinea’s foreign minister is empowered to determine whether or not people are refugees. But as the UN High Commissioner for Refugees advised the Senate inquiry, there is currently “no procedural or substantive guidance” as to how such determinations should be made.

Of the 1214 asylum seekers currently detained on Manus Island, the inquiry heard that only 48 have received notification of an initial determination. And, so far, no claims for refugee status have been finalised by the PNG foreign minister.

PNG also does not have a procedure to assess claims for complementary protection – that is, where a person is at risk of death, torture, or cruel, inhuman or degrading treatment or punishment if removed. This is despite assurances to the contrary in its Memorandum of Understanding with Australia over asylum seeker processing and resettlement.

The Senate inquiry heard from eyewitnesses, such as former migration agent Elizabeth Thompson, that asylum seekers on Manus Island were not fully informed of the timeframe in which their claims would be assessed.

Without a proper refugee status determination procedure, asylum seekers are left in indefinite detention with no certainty about (or control over) their future.

Robert Cornall, who recently tabled a report to immigration minister Scott Morrison on the Manus Island violence, told the inquiry that detainees “were concerned that they did not know what the future held for them and they were getting limited information”, and this was a contributing factor in the unrest.

The detention centre’s security contractor at the time, G4S, submitted that detainees exhibited “growing frustration” at the stalled process. Significantly, there was widespread agreement among eyewitnesses, former service providers and legal experts that unrest is inevitable in a protracted detention situation, and Australia must learn from its “unhappy history” in this area of refugee policy. As G4S officials told the inquiry:

… lessons from recent events in migration facilities in Australia point to the lack of status resolution as being the key catalyst for unrest.

Australia cannot contract out its international legal obligations to PNG. Australia remains responsible for violations of refugee and human rights law on Manus Island – jointly and severally with the government of PNG.

If the inadequacies of PNG’s existing refugee status determination procedure mean that asylum seekers are returned to persecution or other serious human rights violations, Australia would be in breach of its own non-refoulement obligations under the Refugee Convention and human rights treaties.

Amnesty International, the Human Rights Law Centre and Humanitarian Research Partners gave evidence at the Senate hearings that a “return-oriented” environment prevails within the Manus Island detention centre. In other words, the protracted nature of detention, combined with a lack of information about processing, may lead some asylum seekers to choose return to persecution over the uncertainty of staying on Manus Island.

Steven Kilburn, a former safety and security officer with G4S, and lawyers from the Immigration Advice and Casework Service, told the inquiry that they knew of a number of Syrian asylum seekers considering returning home, notwithstanding the fact that their country is in violent civil unrest and has produced close to three million refugees.

The Labor caucus acknowledged the need for fair and timely processing. Cornall has recommended that refugee claims in PNG be expedited.

While efficient processing is an important part of a functional refugee status determination system, hastily constructed processes in countries with very little experience of refugees – and therefore in determining their status – are bound to be problematic. Time and money needs to be invested in training and mentoring so that decisions are made in a sufficiently rigorous and principled manner.

The PNG government is reportedly establishing a Merits Review Panel and legislative and regulatory guidelines for refugee status determination. Australia is well-placed to ensure that the resultant procedure accords with international standards, and has a duty to do so.

As the Australian Human Rights Commission noted in its submission to the Senate inquiry, Australia is obligated to review the laws and practices under which human rights violations have already occurred in PNG, to avert future unrest and prevent future breaches of international law.

Dr Claire Higgins is a Research Associate at the Andrew & Renata Kaldor Centre for International Refugee Law at UNSW.