While the Commonwealth is unlikely to permit same-sex marriage, this doesn't mean the debate is over, as states and territories are likely to continue to pursue marriage equality, writes George Williams. 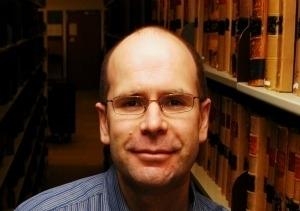 OPINION: On Thursday the NSW Legislative Council passed a motion by 22 votes to 16 calling on the Commonwealth to provide for marriage equality. The result was a surprisingly clear win for the advocates of same-sex marriage.

Members were permitted a conscience vote. With party allegiances ignored, the vote split across the political spectrum.

Four Liberals supported the motion, but a clear majority of Liberals still voted no, as did the Christian Democrats and the Shooters and Fishers. On the other hand, the Nationals split three for and three against. All but two Labor members backed the motion, while Greens members voted yes.

The motion would have been lost along party lines, but a conscience vote allowed seven members of the Coalition to swing the vote in favour of change.

Tasmanian, ACT and now NSW parliamentarians have voted to support same-sex marriage. This is at odds with the likely outcome in the federal Parliament, where none of three bills is set to pass. The numbers are simply not there, especially in the House of Representatives.

Even where federal members support same-sex marriage, some will not vote for it. Unlike the NSW Premier, Barry O'Farrell, the federal Opposition Leader, Tony Abbott, has denied his members a conscience vote. Coalition members can cross the floor to vote against their party, but doing so is a major step and only the strongest supporters of reform will do so.

Our federal politicians will in all likelihood reject a law for same-sex marriage sometime before the next federal election. The odds would then seem insurmountable under an Abbott government, and even if Labor is returned, Parliament may not be reshaped sufficiently to produce the numbers for change.

The pressure is focused on the Federal Parliament because the best outcome would be a national same-sex marriage law, rather than piecemeal recognition across Australia.

However, if the Commonwealth does not act, the debate will shift to the states and territories. Advocates will argue that recognition in some parts of Australia is better than none. The Australian experience is also that national reform can occur once an idea has been tried out in one or more states. This is the path being followed in the United States.

Recent state and territory motions in support of same-sex marriage are all the more significant in this light. If the numbers are there in some jurisdictions to prod the Commonwealth towards change, they may also be there to legislate for the reform if the Federal Parliament fails to do so.

Some NSW members have suggested this cannot happen. For example, the government whip in the upper house, Dr Peter Phelps, said ''the Australian constitution explicitly reserves the legislative agenda on marriage to the federal government''.

State parliamentarians are normally quick to protect their powers and to assert their rights against those of the Commonwealth. It is strange to see these being abdicated so readily, especially when the constitution actually preserves the power of the states in this regard.

The constitution grants two types of power to the Commonwealth. Section 51 gives concurrent power over topics such as taxation that can be the subject of both federal and state laws. Section 52 grants exclusive powers only to the Commonwealth over matters such as the seat of federal government. Marriage falls into the first category.

For most of our life as a nation, marriage has been regulated by the states. The Commonwealth first passed a law on the topic in 1961 when it brought about a national scheme. The question today is whether one or more states might re-enter the field to legislate for same-sex marriage.

The only limitation is that, where federal and state laws conflict, the Commonwealth law takes precedence. My view is that a state same-sex marriage law would not be inconsistent with the federal Marriage Act after it was narrowed in 2004 to make sure it dealt only with heterosexual marriage. However, this could only be determined by the High Court.

The first jurisdiction to permit same-sex marriage will probably not be the Commonwealth. While NSW is also unlikely, given the difficulty of passing such a law through its lower house, the law might be enacted in the ACT, South Australia or Tasmania.

One thing is clear: a federal defeat will not spell the end of the same-sex marriage debate. Marriage equality will instead be pursued in the parliaments of Australia's states and territories.