Opinion States leave Canberra behind in rush to same-sex marriage

As defeat looms for marriage equality in Federal Parliament, momentum is building for change in the states, writes George Williams. 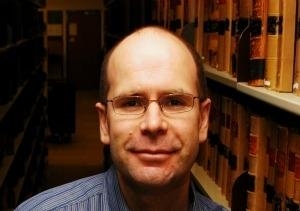 OPINION: As defeat looms for marriage equality in Federal Parliament, momentum is building for change in the states. In fact, Australia might first recognise same-sex marriage in Tasmania next week.

The lower house of the Tasmanian Parliament passed its Same-Sex Marriage Bill at the end of last month. Everything now hinges on its upper house, which will debate the bill on Wednesday next week.

The outcome is uncertain and the vote is expected to be tight. Of the 15 members of the upper house, 13 are independents, and most have yet to declare their hand.

If the bill is passed, it will offer state-sanctioned marriage to any gay or lesbian couple that wants to tie the knot. This right will extend to any Australian, which Tasmania hopes will prove a $100 million boon for its tourism industry.

In any case, Tasmania is not likely to go it alone. The support of the Premier, Lara Giddings, for same-sex marriage was followed by similar declarations by the South Australian Premier, Jay Weatherill, and the ACT government.

Change is also now brewing in NSW. Its Premier, Barry O'Farrell, says he will grant members a conscience vote, and a new cross-party group is promising to work to achieve reform.

The Tasmanian bill provides a template for state same-sex marriage and automatic recognition for such marriages entered into in other states. The bill has also been drafted with a careful eye to a possible High Court challenge.

Opponents have sought to close down the debate by declaring categorically that a state cannot legislate on marriage because Federal Parliament has exclusive power.

A surprising number of people hold this view. In fact, it is incorrect, revealing how the marriage equality debate is bedevilled with constitutional misunderstandings. Indeed, I cannot remember a recent Australian public policy question that has been based on so many myths about the constitution.

The constitution grants the Federal Parliament a concurrent, rather than exclusive, power to make marriage laws. As with other areas such as taxation, this means that the states also retain power in the area.

This matches the historical record. At Federation in 1901, Australia had marriage laws in each of the six states. Marriage continued to be regulated in this way until the Commonwealth forged these laws into a single, coherent national scheme in 1961.

The federal attorney-general, Garfield Barwick, argued at the time that a national scheme was needed because of the difficulties produced by having so many marriage laws. He had a point, and indeed it remains the case that the best way to recognise any marriage is through a nationwide law.

Without this, a person might marry in Tasmania, only to have this ignored when they travel to another state that does not provide recognition. A state same-sex marriage law is thus still some way from achieving full marriage equality, even if it is a major step in that direction.

The one legal impediment to a state same-sex marriage law is that it might be inconsistent with the federal Marriage Act under section 109 of the constitution. In this case, the state law is not struck off the statute book, but lies dormant until the inconsistency is removed.

In any event, there are good reasons why inconsistency might not arise. This is because the laws operate in different fields, with the federal law covering heterosexual marriage and the Tasmanian bill dealing only with same-sex marriage. It is impossible for a person to be married under both at the same time.

Only the High Court can resolve this question. The outcome is difficult to predict, especially when it might be determined by a court that over the next three years will be constituted by a majority of new judges.

Constitutional uncertainty is not a good reason to deny passage to state same-sex marriage legislation. Parliaments often pass laws unsure of their status. Otherwise, no attempt would have been made to introduce plain packaging for cigarettes, or a host of other laws such as the federal Native Title Act or Racial Discrimination Act.

It is par for the course that the opponents of significant social and economic changes test new laws in the High Court. It is their right to do so, and is a normal part of the process.

The case for state same-sex marriage is being built upon claims of equality and, surprisingly, conservative legal values. It is not only about the rights of gay and lesbian people, but also broadening the institution of marriage and fighting for states' rights. This is a potent mix that looks likely to produce same-sex marriage acts at the state level, whether sooner or later