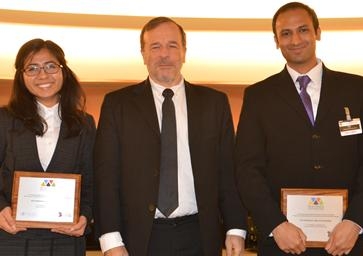 After several days of gruelling debate before a panel of eminent judges and observers, including the UN’s High Commissioner for Human Rights, UNSW’s Sumer Dayal and Ashna Taneja were named overall champions. They also won the prize for best memorials (briefs) and Dayal was named best speaker.

The moot competition brings together students, law academics and human rights lawyers from different legal systems to debate and discuss contemporary human rights issues. It’s an event of some significance.

International justice advocate Donald Ferencz, the son of Benjamin Ferencz, the former chief prosecutor at the Nuremberg Trials, puts it this way: “The participants are the seeds of the hope of mankind that we may live in a generation where the law of force is replaced by the force of law.”

Dayal, who has just completed a dual degree in International studies and Law (Hons), has always been interested in international law and human rights.

“It is a dynamic and multifaceted area that I would encourage anyone to get involved in,” he says. “Every lawyer, at his or her core, cares about human rights in their own way. Our profession draws its strength from our innate sense of justice. International human rights law utilises that inner desire to its fullest extent.”

The competition has been held annually since 2009 and this year, for the first time, it was held in Room XX inside the Palais des Nations, the headquarters of the United Nations in Geneva. Room XX is also known as the Human rights and Alliance of Civilizations Chamber.

“It is the epicentre of human rights law and it looked it,” says Dayal. “It was a once in a lifetime experience I will never forget.”

This year, 13 teams from 12 countries debated complex international human rights questions based on circumstances in the fictional country of Kopjestan. The key issues included the rights of women and minority ethnic groups living in Kopjestan and the use of military force in the face of civil unrest. The teams had to argue for both applicant and respondent at different points during the competition. In the finals, Dayal and Taneja debated for the respondent, the Government of Kopjestan.

Taneja will complete her dual degree in Economics (Hons) and Law next year and Dayal says her performance during the moot was outstanding, particularly her ability to “completely transform her arguments and target the weakest points of the opposition. That’s not an easy talent and it shows what a great speaker she can be.

“Her abilities were fundamental to our success,” Dayal says. “Mooting is the toughest thing you can do as a law student and, though it involves individual performances, progress depending on the strength of the whole unit.”

Dayal puts his best speaker prize down to engagement with the judges. By the finals, he says, you know the drill and you know you have solid, persuasive arguments.

“The difference is communication. Putting that extra effort in to show the judges that you know the area of law correctly, can apply the area of law easily and can have a great time doing it. Mooting is not just about saying the right thing, but celebrating that field of law with those who have dedicated their lives to its growth and development.”

“They are a remarkable duo and made UNSW proud with their achievement,” Dr Lixinski said.

UNSW Law emphasises social justice and practical learning throughout its degrees and was the first university to offer an elective in international competitive mooting to its law students. 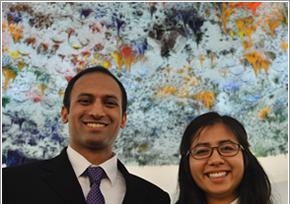 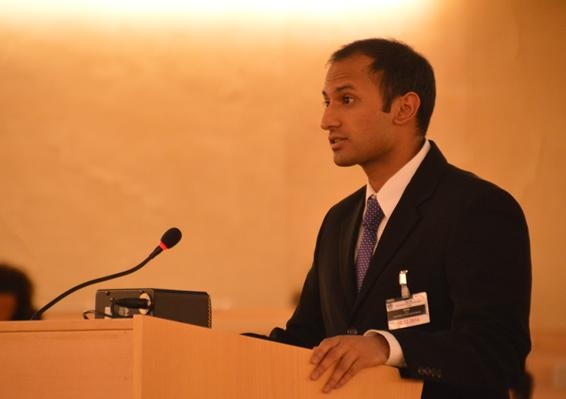 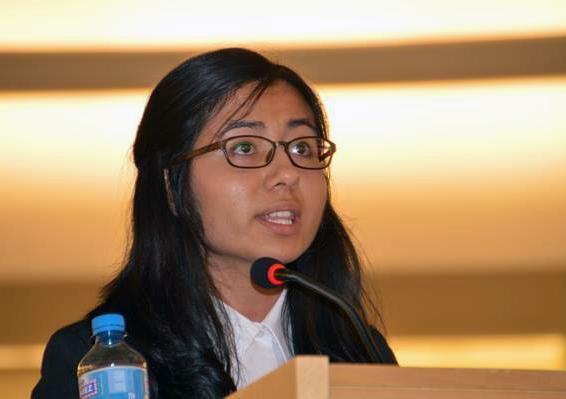