Opinion Taking over universities: why the states would give up control

Arrangements that reflect the Commonwealth’s effective control of the tertiary sector make a lot of sense, but there is the risk of a one size fits all standardisation if the Commonwealth runs the show, writes Andrew Lynch. 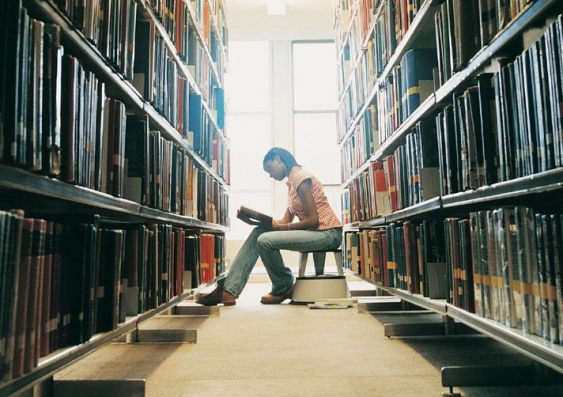 OPINION: State and federal relations are almost always a bumpy ride – you only have to look atthe recent stoush over schools funding to see that. So when relations go well and we see a glimpse of that perfect picture of co-operative federalism, attention needs to be paid.

The Commonwealth government has recently announced its intention to assume responsibility for New South Wales universities – a takeover that looks to be rolled out nationally over time. NSW is reported to be “receptive to the idea”, which probably indicates the state government’s indifference and relief in equal measure.

The Australian Constitution does not expressly allocate either level of government the power to make laws for education. However, at the time the Constitution entered into force in 1901, schools and universities would certainly have been viewed as an area of state responsibility. This accounts for the fact that universities are established as statutory corporations under individual state legislation providing for their governance.

But since the 1970s, the Commonwealth has been the primary funder of the nation’s universities through its power to make conditional grants to the states. It has used this power to amass and wield enormous policy control in the higher education sector.

The states have not, as a group, been entirely uninterested in their universities. Some have been keen to contribute to underpinning policy settings or support for infrastructure. NSW, however, has not really been one of them.

Nearly a decade ago, Premier Bob Carr refused to match Commonwealth funding to support a new medical school at the University of Western Sydney, claiming that funding universities was a Commonwealth responsibility.

Around the same time, Carr proposed a Commonwealth takeover not just of health but also higher education in exchange for the states being left to get on with the job of running the school system. That proposal went nowhere but the states' comfortable acceptance of the Commonwealth’s dominance of higher education was still apparent in its submission to the 2008 Review of Australian Higher Education chaired by Professor Denise Bradley.

This traditional stance, plus the fact that ten of the nation’s 37 public universities are creatures of NSW legislation, probably explains why the Commonwealth has opened discussions with that state. As press reports made clear, NSW also sees a real benefit by shifting the problem of billions of dollars of unfunded obligations under university superannuation schemes to the Commonwealth.

With that burden gone, the state might not even feel it needs anything further from the Commonwealth. When Carr proposed a cleaner division of core responsibilities in 2004, he was essentially saying that the Commonwealth should vacate an area of real state interest in return for a handover of some other power to Canberra. There is so far no sign of that in respect of the proposed Commonwealth takeover of universities.

So how would the Commonwealth and the states make this change happen? The answer is not by way of a public referendum to amend the Constitution or anything nearly so dramatic. The Commonwealth already has a range of legislative powers at its disposal which it uses to regulate the sector.

Chief amongst these is the power to make laws for “constitutional corporations” undersection 51 of the Constitution. For instance, the extensive capacity of that power, currently supports the Tertiary Education Quality and Standards Agency Act (2011)– the legislation which underpins the national regulatory body for higher education.

But the far-reaching scope of section 51 and existing powers is probably inadequate to realise a complete handover of responsibility from states to the Commonwealth.

The best method will be for the states to use a constitutional mechanism whereby they “refer” a matter to the Commonwealth – in effect, adding this to the powers of the national parliament. In this instance, the State Parliaments could simply refer universities as a subject for Commonwealth law-making. This would give the Commonwealth the free hand in the sector that it presumably desires.

If the states felt more cautious, the referral might be a power to re-enact the existing state legislation that governs their various universities. This may be accompanied by provision in the underlying intergovernmental agreement for consultation with the states over proposed Commonwealth changes to that legislation in due course.

Whether this makes a difference “on the ground” is another question. On one hand, arrangements which truly reflect the Commonwealth’s effective control of the sector make a lot of sense.

On the other, concerns might exist about the flattening effect of too much Commonwealth control – as is ever the case when the forces of centralisation come up against the principle of federal diversity.

The internal governance structures of universities are more diverse than is often realised – so do these risk a one size fits all standardisation if the Commonwealth runs the show?

Where one sits on this question depends a lot on your perspective on the current arrangements – is the Commonwealth already in de facto command or is there still some real value in holding back from the ultimate step of according it formal – and final – authority over the sector?

Andrew Lynch is a Professor in the Gilbert + Tobin Centre of Public Law at UNSW.