Opinion Tell us why we need these new anti-terror laws

It's not enough for our elected leaders to say that anti-terrorism legislation is "above politics" – we must insist on there being proper scrutiny of any new laws, writes Fergal Davis. 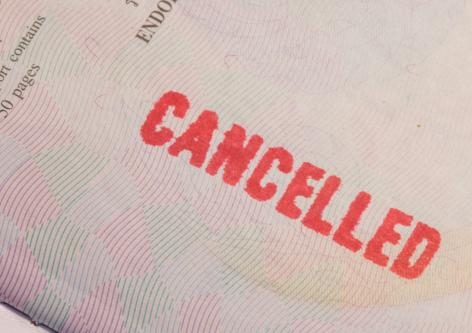 OPINION: The threat level has been heightened. Terror raids have resulted in arrests, detentions and charges. The Prime Minister has announced that Australians must sacrifice liberty for security. The Leader of the Opposition backs the Government – "keeping our people safe is above politics". New national security laws are to be laid before the Federal Parliament.

But the threat of terrorism is real. Irrespective of raids and official threat levels, we can see that the world around us is a dangerous place. The brutal murder of Drummer Lee Rigby on the streets of Woolwich, London, makes a similar plot in Sydney seem plausible. The activities of ISIS are shocking. Intuitively we fear the radicalisation of Australians travelling to Syria to fight in that conflict. We demand that our government keep us safe.

Our first question must be: do we actually need new laws? Prior to September 11, 2001, there were no federal counter-terrorism powers. Since then the Commonwealth has enacted over 60 anti-terrorism laws.

Professor Kent Roach of the University of Toronto calls this "hyper-legislation". Hyper-legislating creates the impression of action. But new laws do not make us safer.

Under the Crimes (Foreign Incursions and Recruitment) Act 1978 (Cth), it is already an offence (punishable by 20 years' imprisonment) for an Australian citizen to engage in a "hostile activity" in a foreign country. Control Orders and Preventative Detention Orders are already part of our Criminal Code. ASIO has the power to remove passports to prevent travel. The raids last week were conducted under the existing laws.

The second question: if new powers are necessary, should we be sceptical of government claims? Is it responsible to say that this issue is "above politics"?

Parliament's role is to scrutinise law and ensure that the executive branch is held to account. Other countries have courts capable of reviewing laws to ensure human rights compliance. Here the Human Rights (Parliamentary Scrutiny) Act 2011 (Cth) enshrines political rights review. Ensuring compatibility with human rights is a matter for the pollies in Canberra. That approach is somewhat unique and it does place an additional burden on our political representatives.

Bill Shorten is, of course, right that no party should "play" politics with our safety; but we should still expect our political representatives to challenge the assumptions underlying the government position and test the proposals.

The Attorney General has made two apparently significant concessions on the current proposals. That might lead you to conclude that scrutiny is working. He confirmed that the new laws will not permit the intelligence services to use torture. Secondly, the AG is offering to include a sunset clause.

The torture issue looks like a furphy. It appears to be a response to an article by Paul Sheehan in the Sydney Morning Herald. Sheehan argued that Section 35K of the draft National Security Legislation Amendment Bill (No.1) 2014 bill would allow the security services to engage in torture. Sheehan was right to draw attention to the risk but section 35K needed to be read alongside other provisions - the Government's intention was not to permit torture. This creates the impression of a concession but in reality it is a clarification.

The use of sunset clauses is also interesting. A sunset clause is a provision which states that the Act or certain powers within an Act will expire if they are not renewed by Parliament. It is a way of formally providing for future review of controversial measures.

The AG is proposing a 10-year sunset clause - as was done in 2005. That is a very long period. If these are extraordinary measures requiring periodic review a decade seems generous. More importantly the evidence shows that sunset clauses are an ineffective way of ensuring scrutiny.

The insertion of such a clause shuts down debate and puts it off for some future date when we hope the threat of terror will have receded. That might seem reasonable. But experience shows that when the time for scrutiny comes around review is often merely tokenistic – the UK parliament renewed anti-terror laws for Northern Ireland on an annual basis for over 30 years.

In contrast to the UK, in 2012 the COAG Review of the 2005 counter-terrorism laws produced a detailed report. But the current proposals do not reflect those recommendations or those of the Independent National Security Law Monitor. The review was thorough but it is being ignored.

All of which goes to show that we must insist on a proper examination of any new laws. We should not accept the idea that scrutiny can be deferred. And instead of new laws, we should focus on the need to get the laws right.

Fergal Davis is a senior lecturer and member of the ARC Laureate Fellowship: Anti-Terror Laws and the Democratic Challenge project in the Gilbert + Tobin Centre of Public Law at UNSW.