Proposed changes to Australian citizenship will likely be limited in effectiveness, challenging to implement and possibly counter-productive, writes Sangeetha Pillai. 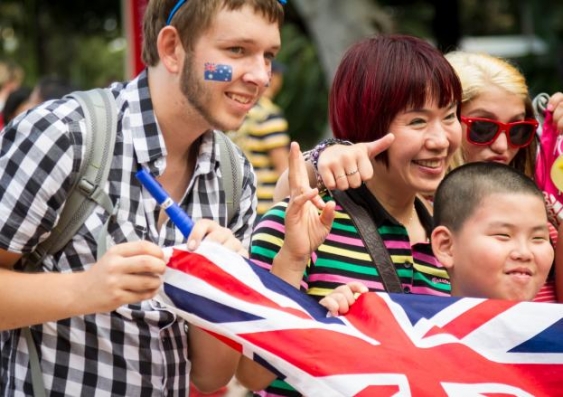 OPINION: Stressing that “we cannot allow bad people to use our good nature against us”, Prime Minister Tony Abbott outlined a series of new counter-terrorism proposals on Monday. These included significant changes to Australia’s citizenship regime.

There are two prongs to the proposed citizenship changes. The first involves amending the Australian Citizenship Act to widen the circumstances in which Australians with dual citizenship may lose their Australian citizenship.

The second applies to all Australian citizens. It seeks to widen the circumstances in which various privileges associated with citizenship can be lost.

The first proposed change seeks to expand the circumstances in which citizenship may be revoked or suspended for dual nationals. If Australia ultimately goes down this road, it will not be the first country to do so. France and Canada both allow dual citizens to be stripped of their citizenship if they have been convicted of a terrorism offence.

The UK confers much wider powers on the Secretary of State to revoke citizenship on the grounds that it is “conducive to the public good”. In a recent working paper, several contributors noted that a number of other countries have considered introducing similar laws in the wake of the ongoing crisis in Iraq and Syria.

If it is ultimately passed into law, the Abbott government’s proposal will form part of this trend. While the specifics are yet to be determined, the citizenship revocation proposal appears to be aimed at dual citizens who fight in the armed forces of “terrorist groups”. Abbott said: Australians who take up arms with terrorist groups, especially while Australian military personnel are engaged in Afghanistan and Iraq, have sided against their country and should be treated accordingly.

The list of 20 proscribed “terrorist organisations” in Australia includes groups, such as the Kurdistan Workers Party and the Palestinian Islamic Jihad, that are accepted as posing no direct threat to Australia. It is by no means clear that fighting for a “terrorist group” in this category is equivalent to serving in the armed forces of a country at war with Australia.

If a law expanding the grounds for citizenship revocation on the proposed grounds is ultimately passed, its strength – and potentially its constitutional validity – will depend on its ability to engage meaningfully with these distinctions.

Additionally, Abbott said that the government is looking at:

… suspending some of the privileges of citizenship for individuals involved in terrorism.

Unlike the proposal for expanded citizenship revocation, this proposal is not restricted in its application to dual citizens. While there is no detail yet on how this change might take shape, Abbott flagged that privileges susceptible to suspension could include “the ability to leave or return to Australia”, “access to consular services overseas” and “access to welfare payments”.

Similar measures have been taken abroad. Canadian lawprovides for broad ministerial passport revocation powers on national security grounds. In the UK, the newly passed Counter-Terrorism and Security Act allows the Secretary of State to issue a temporary exclusion order preventing a citizen from returning to the UK where they are reasonably suspected to have been involved in terrorism-related activity abroad and the order is considered necessary for public protection.

However, in both Canada and the UK, these laws are tempered by a general legal guarantee that citizens may enter, remain in and leave the country. These guarantees can affect the way in which laws that remove rights from citizens are interpreted by courts.

By contrast, Australian citizens have very little express rights protection. This means that if the proposed changes are enacted as legislation, the role of our courts will be less clear.

Are the laws necessary?

While the Abbott government may not be alone in invoking the revocation of citizenship and citizenship rights as a tool against terrorism, there are real questions over whether the changes foreshadowed would add anything meaningful to Australia’s counter-terrorism toolkit. The proposals announced on Monday overlap considerably with existing legislation.

This is particularly true with respect to the proposal aimed at suspending citizenship privileges. All three of the privilege suspensions that Abbott flagged are already provided for by other means.

The capacity to restrict citizens’ ability to travel to or from Australia on national security grounds exists in the form of a broad ministerial power to cancel an Australian passport. In 2014, this was bolstered by expanded temporary passport suspension powers introduced via the Foreign Fighters Act.

Similarly, the Foreign Fighters Act implemented changes to allow the discretionary cancellation of welfare payments to citizens whose passports have been cancelled or refused on national security grounds.

With respect to the suspension of access to consular services, the existing Australian Consular Services Charter makes it clear that consular assistance is not a legal right. Consular services may also limit assistance to a citizen where this is considered warranted, including in the case of illegal activity or behaviour that puts the citizen or others at risk.

The proposal to revoke the citizenship of dual citizens who fight for terrorist groups would materially expand upon the existing grounds for citizenship loss. However, the changes would be unlikely to affect a significant number of citizens. In 2014, the Abbott government revealed that the majority of Australian citizens allegedly involved with extremist groups overseas did not hold dual citizenship.

This considerably limits any impact that the proposed expansion would be likely to have on mitigating the threat posed by foreign fighters. This is especially so in light of the many other powers available to combat this threat.

In addition to ministerial passport cancellation powers – which can be used to stop foreign fighters returning to Australia – returned combatants will be faced with the prospect of expanded criminal prosecutions, with stiff penalties, and a renewed control order regime. These were both implemented by the Foreign Fighters Act.

While detailed analysis of the citizenship changes awaits a fuller proposal from the government, commentators have been quick to note that amendments along these lines carry the risk of exacerbating feelings of social disaffection that can underpin extremism.

The limited potential effectiveness of the proposed measures, combined with the challenges of implementation and the possibility for them to be counter-productive, suggests that the losses may outweigh the gains.

Sangeetha Pillai is a PhD researcher in citizenship and constitutional law at the Gilbert + Tobin Centre of Public Law at UNSW.