Opinion There aren't many votes in supporting Hicks

David Hicks' future is as much a matter of politics as the law, but getting our leaders to step in and support him seems unlikely, write Fergal Davis and Nicola McGarrity. 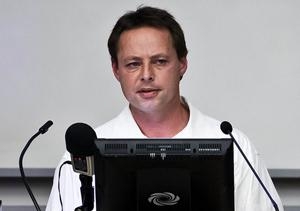 OPINION: The name 'David Hicks' generates a range of responses among Australians. There are those whose reaction is one of intense anger. Hicks betrayed Australia, and therefore forfeited his right to be an Australian. Others have sympathy for his youth and ignorance.

For most, the response is mixed - Hicks is both a criminal and a victim.

The law does not allow for shades of grey - a person is either guilty or innocent - and Hicks pleaded guilty in March 2007 to providing material support for terrorism. But the case against Hicks has never been straightforward. It was always about more than 'law'. It occurred at the junction of human rights, politics and national security.

Hicks was detained at the infamous Guantanamo Bay for almost six years before being charged. He alleges that he was the victim of systematic and brutal torture. The military commission system before which Hicks pleaded guilty was flawed - it did not apply ordinary rules of evidence and did not accord important procedural rights to detainees.

As a result, for years, Hicks' lawyers have argued that his conviction should be overturned. And, in the past few days, a gaping hole has been exposed in the case against him. A US court has cast significant doubt over whether material support for terrorism is - or indeed ever has been - a crime under US law.

This cannot simply be dismissed as a technicality. The most important protection offered by criminal law is that a person may only be punished for doing something that is actually a crime as set out by the law. This is sometimes called the 'rule of law'; it is a core human right and the fundamental basis of any modern criminal justice system.

The material support offence - to which Hicks pleaded guilty - is contained in the Military Commissions Act of 2006. In August 2008, Salim Hamdan was also convicted of providing material support to terrorism by acting as Osama bin Laden's driver and bodyguard. Significantly for Hicks, this week the US Second Circuit Court of Appeals in Washington DC overturned Hamdan's conviction.

Hamdan worked for bin Laden between 1996 and 2001. The court held that the 2006 Act was not retrospective. That is to say, it could not be applied to events which occurred before 2006.

This decision obviously casts significant doubts on all prosecutions reliant upon the material support offence for conduct occurring before 2006. But it is not the end of the story for Hicks.

Firstly, the Court of Appeals' decision was an interpretation of the 2006 Act. It said nothing about whether the US Congress could - under the US Constitution - enact a new law creating a retrospective offence of material support for terrorism.

This would obviously be inconvenient, with new charges having to be laid and new trials held, but could provide an alternative way of prosecuting people for material support of terrorism prior to 2006. Any impediments to this are likely to be political - rather than legal - in nature.

In this sense, the decision has echoes of the Australian High Court's recent decision about the 'Malaysia Solution'. The High Court said that this was not authorised under the current Migration Act. But a new law could be passed by the Australian Parliament to change this. The real battle was therefore not a legal one - it was fought out in the Parliament.

Second, the road ahead is likely to be a long one. The US government will probably appeal against the decision. During the US election campaign, Hamdan has been a poster-boy to prosecute those involved in the September 11 terrorist attacks. Walking away from the Hamden case would have significant political ramifications - especially during an election campaign - for the US government. So Hicks' fate is tied to that of Hamdan and the US political cycle.

Third, the decision applies only to Hamdan. In order for his conviction to be overturned, Hicks would have to apply to the US courts. The problem is that, as part of his plea bargain, Hicks pledged not to appeal against his conviction. One of Hamdan's lawyers, Adam Thurschwell, has suggested that this is not a significant problem: "You can't be deemed a criminal if it wasn't a crime." But the US courts could still refuse to hear his appeal.

In the end, Hicks may be forced to rely upon the Australian Government to plead his case in the US. This could be a very long shot. In the past, Australian governments have shown little interest in supporting Hicks. There are very few votes in protecting the rights of convicted terrorists.

Dr Fergal Davis is a senior lecturer and Nicola McGarrity a lecturer at the ARC Laureate Project at the Gilbert + Tobin Centre of Public Law, UNSW.