If we are to develop a sustainable, long-term approach to asylum seeker policy, we need to have a new conversation that draws on the common sense, generosity and pragmatism of ordinary Australians, write Jane McAdam, Travers McLeod and Bob Douglas. 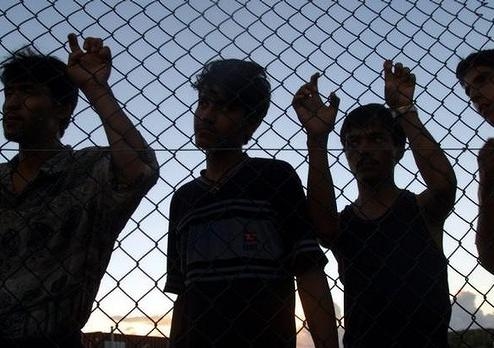 OPINION: Gary Humphries, writing in The Canberra Times on July 18 (''We’re lost in refugee divide''), nicely pinpoints the current dilemma for policymakers trying to do the right thing about asylum seekers.

The asylum seeker debate has become stuck and it seems you are either ''for refugees'' or ''against them'' and that the space for a rational, respectful debate has contracted. Even defining the problem depends on your perspective. For some, the problem is about how to stop the boats and people smugglers and prevent needless loss of life at sea. For others it is how to ensure that deserving desperate people have an opportunity to seek protection, and that Australia respects its international legal obligations to provide it where it can.

A little over a week ago Australia21, the Andrew & Renata Kaldor Centre for International Refugee Law at UNSW, and the Centre for Policy Development co-hosted a high-level roundtable on asylum policy at Parliament House in Canberra. Its purpose was to consider how Australia, in collaboration with other nations in the region, might create a new, long-term approach to the management of refugee movements, which recent UN figures show are at their highest globally since the Second World War.

We brought together a diverse group of 35 experts, including parliamentarians from the ALP, the Liberal Party and the Greens; a former Indonesian Ambassador to Australia; a strategist from Malaysia; UNHCR’s former Assistant High Commissioner for Protection; former senior Immigration and Defence officials, including former immigration minister Ian Macphee and retired chief of the Defence Force, Admiral Chris Barrie; academics; and representatives from the churches and civil society, including Expert Panel member, Paris Aristotle.

In six hours of respectful dialogue, participants considered mechanisms for developing a long-term asylum policy for Australia that would go beyond a law enforcement approach aimed at stopping the boats and people smugglers, and would treat desperate people humanely and justly.

Gary Humphries is correct in his presentation of the dilemma. There is no ''solution'' to this issue, unless it be peace and tolerance in all the countries from which people are fleeing. Rather, it is a question of finding a way of managing the issue in our region that treats asylum seekers in a fair and dignified manner, while recognising that we can only protect a tiny proportion of the millions displaced across the world.

At our roundtable, there was considerable discussion about what it is that has, for now, foiled the activities of people smugglers and stopped or slowed the arrival of people by boat. Participants understood that the current policy rests on a determination for maritime arrivals not to reach Australia. They recognised that the community wants reassurance that Australia retains control over who becomes Australian citizens.

But several speakers made the point that while the boats have apparently stopped for now, Australia’s international reputation is in tatters and the community is deeply divided about the measures being used as deterrents to retain control over our borders. Many participants felt that the militarisation of efforts to ''stop'' asylum seekers and the securitisation of Australia’s borders has been neither necessary nor helpful. There was recognition that we need to build regional protection capacity and foster bilateral partnerships, built on mutual trust and respect.

Participants encouraged new community initiatives, especially in regional Australia, to bring Australians into direct contact with refugees and use their skills to help rehabilitate depressed areas. Finally, it was noted that any new approach must use language carefully and recognise the humanity of those in search of protection.

If we are to develop a sustainable, long-term approach to asylum policy, we need to have a new conversation that draws on the common sense, generosity and pragmatism of ordinary Australians.

The ''for'' and ''against'' camps need to be prepared to listen to each other’s concerns, and appropriate concessions need to be made on both sides.

We need to see refugees and asylum seekers as people, not as abstractions. For us, this means developing a ''second track'' dialogue to engage the community, policymakers, experts and politicians. We hope this will reshape political leadership, community initiatives and responsible media reporting, recognising the vital role that refugees have made in the past and can continue to make to Australia’s future.

Jane McAdam is Director of the Andrew & Renata Kaldor Centre for International Refugee Law at UNSW; Travers McLeod is CEO of the Centre for Policy Development; Bob Douglas AO, who chaired the roundtable, is a Director of Australia21.

The background discussion paper for the roundtable, Beyond Operation Sovereign Borders: A Long-Term Asylum Policy for Australia, can be found at www.cpd.org.au

This opnion piece was first oublished in the Canberra Times.

Back to the future with 'Pacific Solution' #2