Before the next federal poll, we must take a hard look at the basic features of our voting system, including the viability of casting electronic votes, writes George Williams. 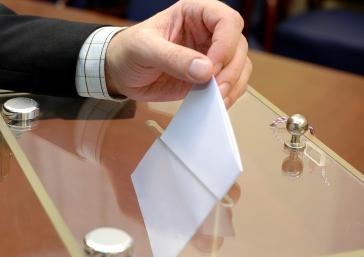 OPINION: The 2013 federal election has been a disaster for the electoral process. The loss of 1375 WA Senate votes was the final straw. It came after 1000 votes were misplaced in the seat of Indi, voters had to be supplied with a magnifying glass to read their Senate ballot paper, unheard-of candidates were elected to the Senate and Clive Palmer launched a series of relentless attacks on the Australian Electoral Commission.

All this has produced public confusion and political rancour, both of which will be exacerbated by legal challenges to the WA Senate result. These petitions will be filed in the Court of Disputed Returns, which on the rare occasions it is invoked is made up of the judges of the High Court.

People have been quick to assume that the court will order a fresh Senate election in WA. The court certainly has the power to do this but it will be reluctant to exercise this power, and indeed has not ordered a new ballot for a Senate position since 1907. Furthermore, an additional WA poll would cost taxpayers more than $11 million.

That ballots have been lost, and voters disenfranchised, will not in itself convince the court to overturn the WA result. This is because the court's focus will not be on the processes of the election, but on its outcome. Under the law, the court is restricted to examining whether the outcome as declared by the AEC is valid.

This distinction between process and outcome is crucial to understanding how the court will approach its task. It means that the court will only intervene where problems with the conduct of the election or the counting of votes are likely to have changed the result.

This will depend on the evidence marshalled by the parties and the AEC. Some of the evidence will raise the fact that the missing votes were originally counted. This may indicate whether the exclusion of these votes from the recount had a material effect on who was elected.

It is normally impossible to show that a problem with the electoral process has changed a Senate result. It may be different this time though, given the concerns publicly expressed by the AEC, and the tightness of the contest.

The initial count and recount in WA turned on a difference of only 14 and 12 votes, respectively, at key points in the distribution of preferences. This may be enough to convince the court the lost votes have tainted the whole ballot.

More broadly, the election sounds a wake-up call about the integrity of Australia's democratic processes. We have had a well-deserved reputation internationally as a leader in the conduct of elections. Recent events have shaken this. Although Australia still has a very good electoral system, we have become complacent. We have forgotten that the long-term strength of our processes has been built on a willingness to improve and innovate.

By contrast, there has been less evidence of this in recent decades, with electoral reforms more often than not subject to partisan bickering. Proposals for change have too often been met with the mantra of mediocrity: ''if it ain't broke, don't fix it''.

Before the next federal poll, we must take a hard look at the basic features of our system. In particular, it has been an article of faith in Australia that pencil and paper voting offers the best and most secure means of conducting an election.

There must now be real doubt as to whether this still holds true. The pencil and paper system is not only vulnerable to the loss of ballots, but recent recounts have shown how the squiggles of voters can be subject to multiple interpretations.

Across the recounts for the WA Senate and the seat of Fairfax, hundreds of votes had their status changed from being informal to formal, and vice versa. In some cases, the uncertainty attaching to hand-marked ballot papers has proved decisive.

Electronic voting deserves serious consideration. Moving to an electronic system could eliminate the many weeks it now takes to resolve our federal elections. It could also reduce the number of informal votes and allow ballots to be counted with greater accuracy.

The unresolved question is whether electronic voting can be achieved in a safe and secure way, and at a reasonable cost. In particular, cost is often cited as an impediment, but this will surely now be seen in a different light given the expense of re-running the WA Senate election. Cost may also be less of a factor when it is set against the loss of public trust brought about by the 2013 federal election.

Senate voting needs reform below the line as well