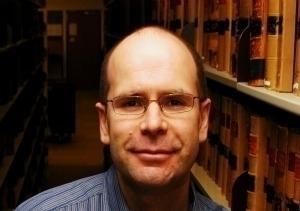 OPINION: When Prince Charles and Camilla arrived at Longreach on Monday, they were met by the Governor-General, Quentin Bryce. Ms Bryce did so as the Australian representative of Queen Elizabeth II. In time, the governor-general will act on behalf of Prince Charles.

Like other former British colonies, Australia gained a governor-general to play the role of the monarch in our political and legal affairs. The British also wanted someone on hand to keep an eye on their interests.

This is reflected in Australia's constitution. It states that ''a governor-general appointed by the Queen shall be Her Majesty's representative''.

A governor-general holds office ''during the Queen's pleasure'' and has ''such powers and functions of the Queen as Her Majesty may be pleased to assign to him''.

After Federation in 1901, the office was held by a succession of British peers and politicians. A decisive turn came in 1930 when then prime minister James Scullin proposed that the next governor-general be Australian. He wanted the post filled by the High Court chief justice Sir Isaac Isaacs.

King George V refused to make the appointment, but changed his mind in 1931 when Scullin proved implacable. The monarch has since appointed their representative on the advice of the Australian government.

The Governor-General today also represents the people and their government. She acts on our behalf in dealing with other nations and speaks for the community at times of tragedy and division. The Governor-General has become our de facto head of state.

In time, the office of governor-general should evolve into an Australian president. However, this is unlikely to occur soon. Leading republican figures from the government and Coalition have stated that Australians should only vote again on a republic when the Queen dies.

In the meantime, there is much that needs to be done, beginning with how the governor-general is selected.

Many ideas have been put forward for how an Australian president should be chosen. Some of these can be applied to the governor-general. The Republic Advisory Committee set out the options in 1993, including selection by the prime minister, Parliament or the people.

People also proposed to the committee that the office pass automatically to the retiring taxation commissioner, or that the person be selected by lottery from Order of Australia recipients because this would be ''as Australian as the Melbourne Cup''. Another suggested that the selection be made from people with an IQ of more than 140 who are ''a good shot''.

The most adventurous option would be to allow Australians a vote. There is no constitutional impediment to this. The prime minister could simply request that the Queen appoint whoever has won the popular ballot.

While this might seem like a radical idea, it was considered by the framers of the constitution in 1891. They rejected it because they saw the governor-general as only representing and exercising the powers of the British monarch. They did not conceive of the position as representing the interests or acting on the authority of Australians. This has changed, and so too should the way that the governor-general is selected. While an election may yet be too big a step, the people should still be given a say. This could be done in a modest, straightforward way without the need for legislation.

Before advising the Queen of the next governor-general in 2014, the Prime Minister should invite nominations. She should then seek advice from a panel of eminent Australians and community representatives as to which nominees are most suitable for the post.

Another problem with the office is its powers. We know that the governor-general can exercise a ''reserve power'' against the wishes of the prime minister. Sir John Kerr did so on November 11, 1975 when he sacked the Whitlam government.

These powers are vague and unclear. They are not written down, and depend on convention. Constitutional scholars have long debated fundamental matters such as when a governor-general can dismiss a prime minister or the procedure to be followed in appointing a government from a hung parliament.

Such uncertainty is hazardous at a time of high political drama. As the events of 1975 showed, it can turn heated political disagreement into a constitutional crisis.

This can be fixed by establishing a non-partisan process to codify, or write down, the powers of the governor-general. This would clarify the conventions. The task would be difficult and contentious, but it is dangerous to leave such disagreement to be resolved only in the midst of a crisis.