In the early to mid-2000s, governments throughout Australia introduced reforms restricting rights to claim for negligence. Now they are slowly being unwound, writes Michael Legg. 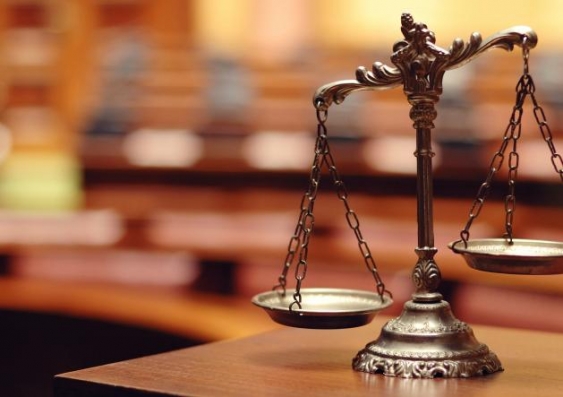 OPINION: In the early to mid-2000s governments throughout Australia introduced reforms restricting rights to claim for negligence. The tort of negligence and other statutory causes of action, including the prohibition on misleading or deceptive conduct, enables a person who is injured by another the right to seek compensation. The reforms were driven by concerns that high compensation claims were unaffordable for society and were increasing insurance premiums.

Now they are slowly being unwound. New laws are allowing lawyers more freedom on how charge their clients and rules restricting liability are being eroded through the courts. A new report released this week by the Productivity Commission also advocates relaxing legal billing rules to encourage more litigation.

The reforms 10 years ago made a variety of changes such as: raising the standard of care; limiting liability for dangerous recreational activities; creating compensation thresholds; and capping damages. They also limited ways lawyers could charge fees and created disincentives for suing “deep pocket” entities.

Lawyers in Australia may charge fees using conditional billing agreements. This means the fee only needs to be paid if a successful outcome is achieved. Lawyers are also able to charge an uplift fee, or an extra amount if the action succeeds, when the case is particularly risky. This charge must not exceed 25% of the total fee.

There are restrictions on fee arrangements. Lawyers are currently not permitted to charge contingency fees, or a fee calculated by reference to the amount recovered. Where an uplift fee is used the lawyer must disclose why it is needed. In NSW, conditional billing with an uplift cannot be used in a claim for damages.

The Legal Profession Uniform Law which will operate in NSW and Victoria from early 2015 relaxes some of these requirements. Lawyers will no longer need to disclose the reason for charging uplift fees. The changes also lift the ban on conditional billing with an uplift in damages claims.

The new laws which will apply to around 75% of Australia’s lawyers are designed to be the model for a national legal regime. They may encourage more litigation and/or higher legal fees.

The other reform, put forward by the Productivity Commission this week, will remove the ban on contingency fees. The argument for greater fee flexibility is to remove barriers to access to justice. However, unless carefully regulated, the impact of allowing contingency fees may be more litigation and higher damages claims while not necessarily making it cheaper for clients.

The “deep pocket syndrome” describes where professional service providers and public authorities are targeted in litigation for their insurance cover.

Prior to the civil liability reforms a successful plaintiff could recover their entire loss from any defendant regardless of their share of responsibility. This was particularly attractive when the main responsible entities were insolvent or couldn’t afford to pay the claim. It led to rising insurance premiums for doctors, architects and local councils.

To address this, Australia adopted the system of proportionate liability. This meant that each defendant was only liable to pay damages to the extent of their share of the responsibility for the harm.

However a recent Federal Court case involving the sale of complex financial products to local councils may change the system.

The Federal Court considered two important federal statutory regimes – the Corporations Act 2001 and the Australian Securities and Investments Commission Act 2001. Its reasoning also applies to the Competition and Consumer Act 2011. The case is important because the provisions considered by the court y the court are routinely used in shareholder, investment advice and product liability class actions.

The court was asked to decide two claims, one of which was covered by the proportionate liability laws. The plaintiff succeeded on both claims and because they did, the court allowed them to chose the remedy they wanted. This enabled the plaintiff to circumvent the proportionate liability laws and recover 100% of its losses from any of the respondents.

The outcome was surprising because a week earlier in another case, a Full Court majority adopted the opposite construction and said it would apply proportionate liability to all claims based on the same facts.

Will we see an influx of litigation?

These changes demonstrate that civil liability reforms are slowly being unwound. The question is whether they will result in a better balance between the interests of injured persons, insurers, defendants and taxpayers or herald a return to the concerns that triggered the initial reforms?

Core restrictions on personal injury claims still remain so it is unlikely we will see a sudden influx of cases. However, it is more likely that there will be an increase in litigation in other areas.

This has already started with more class actions by shareholders and overcharged consumers. These new claims, if brought in sufficient volume, will have an impact on the insurance market and the concerns of early 2000 will start to reappear. We are not at that point yet but do we want to relive past mistakes before taking action?

Do you need your day in court?