The peace process has failed to deliver for the Loyalists of Northern Ireland. A moment of supreme political leadership is needed to prevent a return to anarchy, writes Fergal Davis. 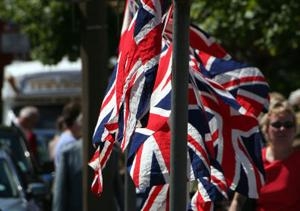 OPINION: The current riots in Northern Ireland are, at first glance, an over-reaction to the decision by Belfast City Council to reduce the number of days that the Union Flag flies over City Hall.

First, it is important to define key terms. Those currently rioting are termed "Loyalists". But who are they and what do they stand for?

There are two main groups in Northern Ireland politics: those who want to maintain ties with the UK (Unionists) and those who are seeking a United Ireland independent of Britain (Nationalists).

Unionists are generally protestant and see the future of Northern Ireland within the UK. It is the flying of the UK Union flag over Belfast City Hall that is at the centre of the current dispute.

At the extreme of this pro-UK side of the political spectrum are Loyalists. Unlike Unionists, they were directly associated with paramilitary groups and they engaged in a long running campaign of paramilitary violence. That violence largely came to an end in the 1990s as a result of the peace process.

Loyalists account for a minority of opinion on the pro-union side. They are generally seen as marginalised and their support is largely working class. Politically, they are represented by a number of parties - most notably the Progressive Unionist Party (PUP) led by Billy Hutchinson.

On the other side of the divide are the Nationalists and Republicans. Nationalists, who are generally Catholic, favour a united Ireland governed from Dublin. They seek to achieve their aim peaceably. Republicans also favour a split from the UK, but employed the bomb alongside the ballot box. Mainstream Republicans are represented politically by Sinn Féin and militarily by the IRA. Like the main Loyalist paramilitary groups, the IRA is on a permanent ceasefire as part of the aforementioned peace process.

Understanding this labyrinthine political situation is important for a more nuanced understanding of the flag protests.

The Belfast Agreement of 1998 set out the formal basis for the Northern Irish peace process. It created a power-sharing mechanism between the two communities in Northern Ireland. Parties are elected to a Legislative Assembly and the executive for Northern Ireland is drawn from that Assembly. Crucially, the selection of the executive is pre-determined.

Firstly, Sinn Féin replaced the more moderate Social Democratic and Labour Party (SDLP) as the main nationalist party. As a result, the republican enemy has secured an increasingly significant position in the political framework as embodied by Martin McGuinness (a former member of the IRA) rising to the office of deputy first minister.

Secondly, while republicans represented by Sinn Féin moved centre stage, loyalism has been marginalised on the unionist side of the political spectrum. They have no seats in the Assembly. As well, voting is not compulsory in Northern Irish elections, which makes it easier to ignore the concerns of minority groups.

The effect of this is that Loyalists are ousted from the political debate. A minority within the majority community, they feel besieged and misunderstood. Sources close to the protesters have stated that, "The feeling hasn't changed. When the flag goes up the protests stop." But in reality the flag issue is really a manifestation of wider political disaffection as can be seen from the protesters' list of demands.

In an article for The Guardian, Gareth Mulvenna argued that while Sinn Féin and the SDLP might feel that in the post-peace process era it was entirely reasonable for them to want to reduce the number of days that the Union flag flies over City Hall - a venue which should be shared by all of Belfast's citizens - "there is a feeling that they could perhaps have picked a better time to bring this debate to the fore".

The peace process has not delivered for Loyalists. The GFC and spending cuts from Westminster leave the working class economically worse off, the Belfast Agreement has not handed them political influence, the referendum on Scottish Independence makes them nervous about the future unity of the UK - the very basis of their political identity is under threat.

All of which is combined with the very recent history of political violence in Northern Ireland: once Loyalists rallied round the flag, it was only a matter of time before violence returned to the streets of Belfast.

So the issues at stake are not a matter of "democracy" or the will of the majority, but of fair play within the power-sharing ethos. What Northern Ireland needs now is a moment of supreme political leadership. Someone must step forward and attempt to demonstrate that they understand Loyalists and allay their fears. To that end, while Hutchinson's PUP are electorally insignificant, engaging them meaningfully in the political process is vital.

The alternative is a backslide to the anarchy and violence of "the Troubles".

Fergal Davis is a senior lecturer in UNSW's Faculty of Law and a member of the ARC Laureate Fellowship: Anti-Terror Laws and the Democratic Challenge project in the Gilbert+Tobin Centre of Public Law.