If the UN thinks indefinite detention of asylum seekers on the Australian mainland is cruel, inhuman and degrading, we can only imagine what it might say about Nauru and PNG, writes Jane McAdam. 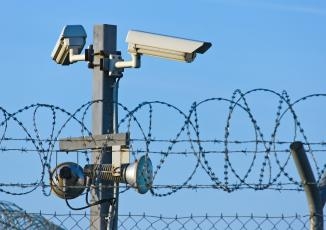 OPINION: In a damning indictment of Australia's treatment of refugees, the UN Human Rights Committee (HRC) has found 143 violations of international law by Australia.

According to the Committee, the Government's indefinite detention of refugees with adverse ASIO security assessments is unlawful, and their treatment by Australia is cruel, inhuman or degrading. The Committee also reaffirmed that Australia's practice of mandatory detention of asylum seekers violates international human rights law. The decision makes clear that countries cannot hide behind the vague notion of 'national security' to justify indefinite detention and other cruel practices.

The story behind the case is now well known.

Australia has been holding over 50 refugees in indefinite immigration detention because of adverse security assessments by ASIO. All were determined to be refugees with a well founded fear of persecution. While the Refugee Convention does make exceptions allowing for people to be excluded from refugee status if there are reasons for considering that they have committed a serious non-political crime, the Australian immigration authorities did not exclude any of these individuals on this basis. Presumably, this was because there wasn't enough evidence to justify doing so.

But ASIO took a different view and said that these refugees presented a national security risk.

Why? No one knows.

For operational and security reasons, ASIO won't say. Because the refugees have no details of the allegations against them, they can't challenge the ASIO assessment in court. And even though the government, slightly bowing to public pressure, appointed retired Federal Court judge Margaret Stone to review the assessments, she was not invested with any power to overturn them.

In August 2011 and February 2012, 46 of these refugees took complaints to the UN Human Rights Committee. The Committee, which has a huge backlog of claims, expedited its decision — an indication of just how seriously it considered the refugees' predicament to be. Along the way, it also issued interim measures to try to protect the refugees' well-being. A third complaint lodged later involving five more refugees is yet to be decided, but it is based on the same arguments.

First, the Committee said that Australia's mandatory detention of asylum seekers is unlawful.

Detention is only lawful if it is reasonable, necessary and proportionate in all the circumstances, and can be periodically reviewed. So, while it might be permissible for the Government to detain an asylum seeker for a brief initial period to document their entry to the country, record their claims, and verify their identity, it is arbitrary (that is, unlawful) to continue to detain them while their refugee status is being determined. The only circumstances in which detention could continue would be if there was a particular risk of a person absconding, or committing a crime against others, or engaging in acts contrary to national security. This would have to be shown on a case-by-case basis, and the Government would have to show that there was no other, less invasive means of achieving the same objective (such as through mandatory reporting requirements). But this doesn't happen in Australia.

Second, the Committee found that the ongoing, indefinite detention of the 46 refugees post-ASIO assessment was unlawful.

The Australian government had not shown on an individual basis that continuous indefinite detention was justified, or that other, less intrusive, measures could not have achieved the same objectives. Further, if Australia did have sufficiently strong evidence that any of the detained refugees had committed a crime in the context of the armed conflict in Sri Lanka, for instance, or by association with an organisation such as the Tamil Tigers, it could prosecute them under Australian law.

Third, the Committee recognised that there was no way the refugees could challenge their detention in an Australian court.

The Australian Government's argument that the High Court might one day overrule its decision in Al-Kateb v Godwin (which found that indefinite detention is lawful under Australian law) was resoundingly rejected. The Committee emphasised that even if judicial review is technically available, it must enable the court to order release if the detention is contrary to international law. Australian courts do not have this power.

Finally, in a particularly powerful finding, the Committee held that the cumulative conditions of the refugees' immigration detention constituted cruel, inhuman or degrading treatment.

This was because of its arbitrary character, protracted and/or indefinite duration and difficult conditions, including inadequate physical and mental health services and the refugees' exposure to unrest and violence (such as attempted suicides). Between May and November last year, four of the refugees attempted suicide. The Committee said that these factors, along with the Government's refusal to provide them with information and procedural rights, together inflicted 'serious psychological harm' upon the refugees in violation of international human rights law. The Government's provision of health care and mental support services did not remedy these negative impacts.

The threshold for cruel, inhuman or degrading treatment is very high. We have laws in place in Australia to make sure that we do not send back refugees to countries where they would be at risk of such treatment. And yet we are exposing them to it right here. If we had a bill of rights in Australia, our own courts could make the same decision as the UN Human Rights Committee. Currently, they are powerless to do so.

So what does this mean for Australia? While the views of the Human Rights Committee cannot force Australia to change its laws or policies, the Government has a duty under international law to provide the refugees with an effective remedy, including release under individually appropriate conditions, rehabilitation and appropriate compensation.

In addition, it must take steps to prevent similar violations from occurring in the future. To that end, the Committee said that the government should review Australia's migration law to bring it into line with the country's human rights obligations.

If this is what the UN Human Rights Committee thinks about Australia's treatment of refugees within its own territory and facilities, one can only imagine what the Committee might have to say about the incarceration of asylum seekers in Nauru and PNG where conditions — both physical and legal — are even more dire.

Jane McAdam is a Scientia Professor of Law at UNSW and an Australian Research Council Future Fellow.

This article first appeared in the Lowy Interpreter. 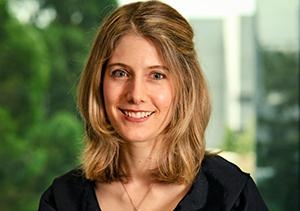 'Stopping the boats' not enough