War on drugs a ‘comprehensive failure’

UNSW legal experts, drug researchers and health professionals have backed a call by a group of eminent Australians for an overhaul of the approach to illicit drugs. 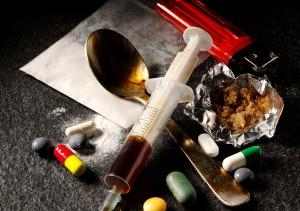 A coalition of legal experts, drug researchers and health professionals based at the University of New South Wales has backed a call by a group of eminent Australians for an overhaul of Australia's approach to illicit drugs.

The Australia21 group of eminent Australians today released their report The Prohibition of Illicit Drugs is Killing and Criminalising our Children and We Are Letting It Happen. The report calls for a fundamental rethink of current policies, and an end to the tough-on-drugs approach.

“By making the supply and use of certain drugs criminal acts, governments everywhere have driven their production and consumption underground and have fostered the development of a criminal industry that is corrupting civil society and governments and killing our children,” the report says.

Every year some 400 Australians die from illicit drugs and thousands more suffer the short and long-term term health and social consequences of drug dependence. Criminalisation of drug production and use has resulted in the pervasive corruption of the criminal justice system, the group says.

“Over a decade ago, Portugal decriminalised the possession of small quantities of all illicit drugs. The results showed health and social benefits and a reduced burden on the criminal justice system. It is time to consider whether a similar approach should be taken in Australia,” UNSW criminology professor and initiative member Julie Stubbs said.

Former Director of Public Prosecutions Mr Nicholas Cowdery, a Visiting Professorial Fellow at UNSW, said the problems associated with drug use should be dealt with in the health and social systems, with only the peripheral involvement of the criminal law.

“Over more than 40 years in criminal legal practice I have seen the impotence of the criminal law in an area for which it is not suited,” Mr Cowdery said. “It is time to reform the laws to enable drugs to be dealt with by other mechanisms, although doubtless a small number of bootleggers would still need to be prosecuted.

“We need to discuss generally and openly the best way forward and engage politicians in the process. UNSW’s Australian Drug Law Reform Initiative provides the forum for that to occur in an informed way.”

“As an American public health and drug treatment professional I have seen the harms that both drug addiction and errant drug criminalisation policies can cause. The drug law reform efforts now underway in Australia and other nations mark a hopeful change – a new milestone in our struggle to put drug issues where they belong – in healthcare, effective exercise of social responsibility, and defence of human rights – not as a criminal matter," he said.

President of the Australian Drug Law Reform Foundation and initiative member, Dr Alex Wodak, said:  “It is clear that countries that have relied heavily on law enforcement to deal with drugs have failed, at great cost, and a difficult problem has been made much worse.  The transition to more effective drug policy needs evidence and insights from law, health and other disciplines.  And students need to learn more about the damaging effects of existing laws.”

For more information about the Australian Drug Law Reform Initiative and its aims, go to the website.

Supporting, not imprisoning, Aboriginal people with disabilities could save millions