Opinion War on women: to do nothing is to be complicit

For all its freedoms, Australia is still pervaded by violence against women, which we all have a role to play in ending, writes Andrea Durbach. 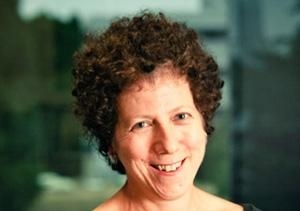 OPINION: In answering the question posed by the title of her book Are Women Human?, American feminist scholar and lawyer Catharine Mackinnon says 'no'.

If women were regarded as human, would they be sold into sexual slavery worldwide; veiled, silenced, and imprisoned in homes; bred, and worked as menials for little or no pay; stoned for sex outside marriage or burned within it; mutilated genitally, impoverished economically, and mired in illiteracy?

The case studies detailed in Jacqui True's book The Political Economy Of Violence Against Women, and those portrayed in the documentary film Half the Sky which premiered this week, speak of lives in places far away where the pain and trauma of the violence is experienced by women who are among the most 'displaced, disinherited and impoverished' in the world.

One in three Australian women over the age of 15 has experienced and will report physical or sexual violence at some time in their lives. Although the political, economic and cultural lives of women in Australia are, in the main, immeasurably different from those of women who live through war and political and cultural subjugation, when I accompanied the UN Special Rapporteur on Violence Against Women, Ms Rashida Manjoo, on a study tour across Australia earlier this year, the testimony we heard was despairingly and disturbingly similar in one key respect.

The cry from Australian women writ large across the world - be it from Aboriginal and Torres Strait Islander communities, migrant and refugee women, women with disabilities, students and workers, mothers and daughters, or from the men who work to address and prevent the violence - was that the systematic degradation of women, the denial of their humanity, was consistently met with weak resignation at best - and passive condonation, at worst.

Passive condonation comes in many forms.

When women do not speak out about the violence they endure for fear of bringing shame upon their men and their communities, the violence is condoned;

When students who are victims of abuse and assault are told by their peers that it is not cool to complain and that the perpetrator is a 'jerk', not a criminal, then the violence is condoned;

When police are reticent to enter the private sphere to halt domestic violence or when doctors treat the symptoms of violence and circumvent the cause, the violence is condoned;

When women with disabilities or women of colour are told that they don't feel the pain or the hurt 'in the same way', the violence is condoned;

When senior government bureaucrats presented with overwhelming evidence undermine the gravity and prevalence of violence, preferring to call it 'wrong' rather than to name it as a serious violation of human rights, then the violence is condoned;

When women workers - critically dependent on an income to remove themselves from violent relationships - are demoted or dismissed by employers who fail to acknowledge and accommodate the impact of domestic violence on work performance, the violence is condoned;

And when the Australian Government - acutely aware that over 800,000 women workers are victims of some form of violence - fails to provide those women with legal protection against discrimination in the workplace lest employers baulk at 'more regulation', then the violence is condoned.

The message from the women and men we met across Australia is clear: violence against women is pervasive and not decreasing; it is indiscriminate and entrenched in political and economic structures, systems and institutions; it has long-term physical and psychological manifestations and massive social costs - domestic and family violence being responsible for more of the disease burden of Australian women than many well-known risk factors, such as smoking and obesity.

If, to return to Catharine Mackinnon's book, women are to be supported out of this global pandemic of violence and reclaim their humanity, then all of us have no choice but to take up arms. To do otherwise, to do nothing, means we are complicit in their harm.

Associate Professor Andrea Durbach is Director of the Australian Human Rights Centre in the Faculty of Law, UNSW.