People forced to leave their homes due to climate change and natural disasters don't want to be called refugees; they want to be seen as valued migrants, moving with the respect of the international community, writes Jane McAdam 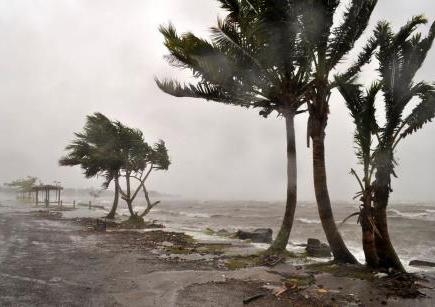 OPINION: Last month, the Norwegian Refugee Council released a report revealing that 32.4 million people were forced to flee their homes in 2012 on account of natural disasters, such as floods, storms and earthquakes. While the vast majority moved within their own countries, some crossed international borders to find safety. As climate change starts to impact on the severity and frequency of such events, there are concerns about the adequacy of legal frameworks to respond to people forced to move and what new policies might be needed.

There are, however, lots of misconceptions about how best to address this problem. An article in The Guardian in April inaccurately reported that the Refugee Council of Australia was lobbying the Australian Government for a 'climate refugee' visa category. This is not the position of the Refugee Council, nor does it reflect the opinion of majority of forced migration experts around the world. To its credit, The Guardian later corrected its story, but by that time the issue had been picked up by the international media and even raised on the floor of parliament in New Zealand.

It is true that people are being displaced by natural disasters and the impacts of climate change, including in the Pacific islands. It is often assumed that the best solution is to broaden the application of the refugee definition. But is it? Protection and assistance are essential, but they need to be appropriately targeted and attuned to context in order to be effective.

A few weeks ago, the first ever regional consultation of the Nansen Initiative on Disaster-Induced Cross-Border Displacement was held in the Cook Islands. It was striking that the idea of a 'climate refugee' visa was not mentioned once.

Not only is the concept legally flawed, it has no appeal in the Pacific because it does not reflect the nature of movement we are likely to see, nor the self-help approach that Pacific islanders advocate. Most Pacific islanders in countries threatened by drought, cyclones, sea-level rise and so on want to stay in their homes for as long as possible. We need to strike a balance between enabling people to remain safely in their homes and building safe migration pathways for those who wish to move.

The evidence shows that in most cases, movement will be internal rather than across international borders. The Refugee Convention only applies when someone crosses an international border, and it will not assist those displaced within their own country.

For the majority of people, more important interventions will include things like effective early warning systems for disasters, disaster risk reduction schemes, careful urban planning, sensitive development, and so on. Of course there will be some cross-border movement, but we are unlikely to see millions of people departing their countries en masse.

What's more, a lot of movement will be gradual, not sudden. In other words, very different from refugee 'flight'. The international community is relatively good at mobilising around 'emergencies', drawing in donations and channelling humanitarian aid and assistance, but it is not so good at addressing longer term, systemic problems. The challenge is how to respond to people who do not flee from a sudden disaster but instead face the slow deterioration of their home environment, which may at some point become uninhabitable. This is the situation facing our Pacific neighbours in countries such as Kiribati and Tuvalu, and it requires sensitive, longer-term planning rather than a remedial response.

Climate change alone does not cause people to move. Climate change is already contributing to displacement, but in conjunction with other underlying factors such population pressures, the fragility of certain environments, poor development practices, and poverty. Climate change exacerbates pre-existing pressures; people who are already vulnerable become more so.

If we created a new 'climate refugee' category, how would we ascertain if that was the cause of displacement? Protection should focus on the harm people fear, not the cause of that harm.

Finally, there is little political will for a new protection framework. When the UNHCR campaigned throughout 2011 to get states interested in a new, non-binding framework on climate-related displacement, only five governments lent their support. Importantly, the UNHCR was adamant that it would be inappropriate to amend the Refugee Convention.

So, what to do? The President of Kiribati argues that managed international migration provides a more secure mechanism for enabling people to move away from the longer-term effects of climate change. It doesn't artificially treat people as being in need of international 'protection', or force people to hop on boats desperately in search of own solutions. It is a more suitable response to slow-onset climate change impacts, which are unlikely to trigger temporary protection mechanisms designed for sudden disasters.

Overseas employment already provides a livelihood strategy for many Pacific islanders, and in the context of climate change it could help to alleviate resource pressures on the islands, while remittances could contribute to further adaptation funding there. Given population pressures in Kiribati and Tuvalu, more migration might enable a smaller population to remain at home for longer.

Indeed, at the Nansen Initiative consultation in the Cook Islands, delegates noted the importance of training and education in Pacific countries to equip people with the skills to move and work abroad, but also to contribute to their own society while they remain there. In this regard, they encouraged states to review their immigration policies to enable voluntary movement at an early stage, and to recognise dual nationality as one way of safeguarding the cultural identity of those who move permanently. They also recommended the development of mechanisms for temporary and permanent protection for those displaced by sudden natural disasters.

People at risk of displacement from climate change and natural disasters do not want to be seen as refugees. Their predominant wish is to remain at home, but if circumstances force them to move, they want to be seen as valued migrants, moving in dignity and with humanity, with the respect of the international community. Policymakers need to appreciate that migration is one form of adaptation to climate change and, in consultation with affected communities, devise thoughtful strategies to facilitate this.

Jane McAdam is a Scientia Professor of Law within UNSW's Faculty of Law.

This article was first published by The Interpreter, the Lowy Institute for International Policy.