Opinion When you say nothing at all: NSW and the right to silence 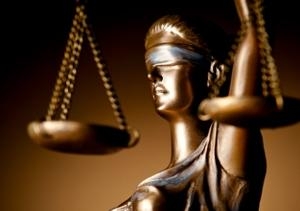 OPINION: The right to silence when being interviewed or questioned by police would be considered a fundamental legal right by many people.

But it is not a “right” you can exercise in New South Wales any more.

According to the right to silence and the presumption of innocence the defendant need not answer police questions or prove his innocence. The state must prove guilt. The Government claims these rights are being abused, hampering investigation, lengthening trials, and bringing mistaken acquittals.

In 2009 the Trial Efficiency Working Group (TEWG) advised against “blanket application” of disclosure requirements: “[t]he majority of criminal cases are relatively straightforward and the application of full pre-trial processes to all matters would introduce inefficiencies.” Following further consideration over Christmas TEWG did not support the government’s approach.

Many defendants lack the legal assistance required to properly meet these requirements. (The government has no intention of increasing the legal aid budget.) The court must then decide whether to sanction non-compliance, preventing a defendant from mounting a non-disclosed case or raising an adverse inference.

The second Act is even more problematic. It diminishes the right to silence at the police station. Currently the suspect is cautioned – “You have the right to remain silent. Anything you do say will be taken down and may be used in evidence against you.” The reforms discourage silence by creating the risk of an adverse inference. “It may harm your defence if you fail to mention something now which you later rely on in court.”

The government claims the adverse inference is required to break down the “wall of silence”. But this is dubious. The reforms apply pressure only to suspects, not witnesses. Anyway, most suspects answer police questions, and those that don’t are just as likely to be convicted.

The NSW Act is based upon English legislation of 1994 which made no discernible difference to conviction rates (Home Office, 2000). However, as the NSW Law Reform Commission recognised in 2000, the English approach is subject to “practical and logical objections”. Scotland also recently demurred due to the scheme’s “labyrinthine complexity”.

Contrary to government claims, the adverse inference is not “simple common sense”. It raises a host of difficult legal and inferential issues. The inference will only be available if “the defendant failed … to mention a fact … [later] relied on in his or her defence”.

How does this apply if the defendant provided a brief prepared statement which was later elaborated on at trial? Does the defendant “rely” on a matter that was merely put to a prosecution witness in cross-examination?

Where the defendant does rely on a fact at trial, the inference will only be available if “the defendant could reasonably have been expected’ to mention the fact to police. What if the defendant claims he was confused, unwell, under the influence of drugs or drug withdrawal, concerned about revealing guilt for other lesser offences, or protecting the true culprit (from love or fear).

And what if the defendant claims to have remained silent on legal advice?

English judges, in directing juries on these points, have had to develop, according to Professors Roberts and Zuckerman, “easily one of the most lengthy and complicated” directions in the Crown Court Bench Book. The English Court of Appeal notes this has become a “notorious minefield”.

The difficulties extend to the police station. With so much riding on the police interview, the European Court has held that the inference will be unavailable unless the suspect had legal advice. English police stations have duty solicitors. There is nothing comparable in NSW.

The Government acknowledges that its previously suggested legal helpline is unworkable. Its latest proposal confines the operation of the new laws to cases where the suspect had a lawyer present. The government claims this targets “the higher end of criminal activity”. But the restriction may produce some strange consequences. As the Government acknowledges, career criminals may elect not to bring lawyers to the police station to avoid the new provisions. To divide suspects into different classes and encourage this kind of game playing adds to complexity and inequality.

The reforms also put the spotlight on how police conduct interviews. The expectation of defence disclosure brings an expectation of police disclosure. Its absence may provide a reasonable excuse for a suspect’s silence – not dignifying an unsubstantiated allegation, or simply not knowing what facts to mention.

Whereas English police provide extensive disclosure, NSW police use disclosure more strategically to extract evidence from the suspect. The new reforms may require significant changes in police practice. These changes may be unwelcome.

The Government’s solution is to make the reforms optional. They can be avoided by the police not giving the new special caution. This increase in police discretion provides scope for game playing and discrimination.

Neither of the Government’s reforms promise efficiency gains. Both reforms diminish human rights, add to the complexity of criminal justice, and increase the risk of wrongful conviction.