Opinion Why are we having a referendum on local government?

The role of local government has expanded over the last century, assuming greater responsibilities in service-delivery. In light of this, formal recognition in the Constitution is seen by many as a must, writes Shipra Chordia. 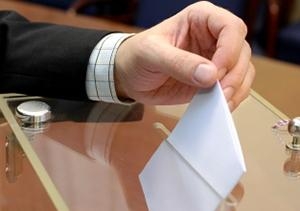 OPINION: The federal government has announced that Australians will be voting in a referendum on September 14 – federal election day – to decide whether local government should be recognised in the Australian Constitution.

Needless to say, the prospect of our first referendum in 14 years has so far failed to spark the popular imagination. Reception to the news has been low key, and even those who did notice the announcement have been scratching their heads as to what it all means.

Before deciding where you stand on the issue, it is first important to know where the impetus for this referendum comes from. There are three key reasons behind it.

The first is a political one: it was part of the deal that the Gillard government struck to resolve the hung parliament after the 2010 election. Agreeing to hold a referendum on local government helped Labor gain the support of the Greens and independent MP Tony Windsor, allowing it to form minority government.

The second reason, which is more structural, is that it forms part of the drive by local governments to be formally recognised as the “third tier” of Australian government. Since the earliest days of settlement, local government has been a creature of at first colonial and then later state legislation. The Constitution was drafted in order to federate the colonies and create a national government. Local councils were seen as largely peripheral to this project. For this reason, they are not separately recognised in our Constitution.

However, over the last century, the role of local government has expanded considerably. It has assumed far greater responsibilities over service-delivery in a vast array of areas, including health, childcare, sewerage and road-building. In light of this, formal recognition of local government in the Constitution as an independent tier of Australian government is seen by many as compelling.

The final reason is a legal one. In the past three years, the High Court has handed down two landmark decisions that have cast significant doubt over whether the federal government has the power under the Constitution to directly fund local government.

Currently, the federal government provides approximately A$2.7 billion to local governments annually. Around 80% of this funding is channelled to local government through the states. But the remaining 20% is direct funding from the federal to the local level, and is used to finance popular programs, such as the Roads to Recovery program and a number of other smaller infrastructure projects.

Without a clear constitutional power to directly fund local government, a significant number of these programs might be put in jeopardy by a future High Court challenge to their validity. The proposed amendment would make absolutely clear that the Commonwealth has the power to continue directly funding local government.

It is unlikely to make any sweeping symbolic proclamations or prescribe that local government be democratically elected. Rather, it will probably involve a small change to a single provision in the Constitution that deals with grants of money. The amended provision will permit the Commonwealth to grant financial assistance to local governments on any terms and conditions it sees fit. Whether such a modest amendment could truly satisfy the objective of recognising local government as a legitimate “third tier” of government is questionable.

Those against the proposal might also argue that the new power may have an unwanted centralising effect on government in Australia. It might allow the federal government to cut the states out altogether, and channel all local government funding directly to the local level.

The ability to attach any terms and conditions to such funding might also open the way for the federal government to start to use this as a means to gain greater control over local government policies. This has the potential to create significant tension, since local governments would technically remain creatures of state government legislation.

However, those in favour of the proposal might argue that cutting the state government layer out of Commonwealth funding of local governments will save considerably on wasted administrative costs, with some estimates putting this as high as A$18 million a year. They might also suggest that the amendment could encourage greater funding to flow to local governments.

The argument runs that if the Commonwealth is seen to be directly funding programs on the ground, it will gain political kudos from voters for doing so and is therefore likely to channel more funding in this direction. Such political gains are diffused if funding is required to be channelled through the states.

Unfortunately, with this announcement being made a mere four months out from polling day, there is very little time for voters to grapple with the technicalities of the Constitution and digest the complexity of these arguments.

With confusion reigning, the chances that the referendum will succeed are relatively low. But that in itself points to much bigger problems with our current system of constitutional reform, which might itself be the subject of a referendum one day.

Shipra Chordia is Director of the Federalism Project at the Gilbert + Tobin Centre of Public Law, UNSW.