Opinion Why we shouldn't call Adrian Bayley a monster

Calling violent sexual offenders monsters suggests they're beyond rehabilitation; it blames the untamed male libido rather than a society that sexualises violence against women, writes Alecia Simmonds. 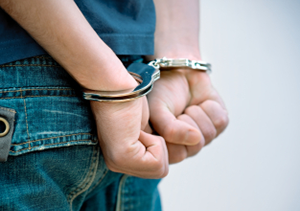 OPINION: When Adrian Bayley’s prior rape convictions, his previous paltry sentences (under half of the maximum sentence) and his breach of parole came to light last week in the Jill Meagher trial, I formed an unlikely alliance with the Old Testament. I bayed for Bayley’s blood: ‘AN EYE FOR AN EYE!’ ‘Lock him up and throw away the key!’ ‘Dip him in a vat of bone-liquefying acid!’ On a more moderate note I hoped that the prison sentence would reflect the severity of the crime, offer solace to the victim’s family and show society’s intolerance of crimes against women. Today he was given a life sentence of 35 years non-parole in prison, which is not as high as the life sentence with no parole that the prosecution were demanding but nor is it a minimum sentence.

I wasn’t alone in having this reaction. People were outraged at the leniency of his first sentence and at the fact that he had breached parole with impunity. We read with horror of the sadistic humiliation and torture of his victims and we consigned him to the realm of the subhuman – a ‘reptile’ or an ‘evil monster’. As such, he and people like him were no longer deserving of our normal processes of punishment. Senior Sergeant Davies scoffed at the idea that you could rehabilitate a serial rapist and even Bayley said he deserved death. How to stop the next Bayley? Popular consensus seemed to propose indefinite detention and abolishing  parole for violent offenders. Now the sentence has been handed down, The Daily Telegraph is already attempting to whip up hysteria with their headline today that  'Bayley may one day walk free'.

Last week, as the tone of the response became ever-more shrill, I started to worry. I worried about the implications of calling Bayley a monster. He certainly looked like a man and his actions, when viewed in the broad sweep of human history – with our unparalleled capacity to inflict violence and misery on each other – looked all too human. To paraphrase Zizek: what reality are we obscuring when we use a language of fantasy? And how does calling someone a monster justify punishment outside our normal legal frameworks? If we do accept that Bayley was a man who once learned particular behaviour and could possibly have unlearned it, then what might we have done differently?

On the first point, calling Bayley a monster is an excellent way of exculpating us as a society from blame. To say that he’s simply evil or a reptile suggests that what he has done is wildly anterior to social mores. My problem here is that this individualises what seems equally like a social problem. What Bayley did bore a remarkable resemblance to a range of fantasy scenarios that you can see in hard core pornography. When he would torture his rape victims and say to them  "Now you'll do what I want you to do, if you fight, I'll fight you back" and "I could dump you in the f***ing alley and no one would give a s***" he was conforming to a long tradition of eroticising female subjection to male power. Our narratives of seduction often involve male conquest over women, and our culture expresses only the most minor annoyance at women’s humiliation. I’m not saying that narratives of romance lead to rape. I’m simply saying that Bayley was at the extreme end of a broad spectrum of social behaviour that tolerates and eroticises male violence against women.

Locating Bayley in an evil category of his own also does enormous harm to the vast majority of rape victims whose experiences don’t conform to the ‘stranger in a dark alley’ story, but involve someone they know. Why? Because Bayley assumes a contradictory role as both the archetypal rapist and as completely abnormal – beyond what we have ever encountered before. This then means that rape is perceived as something extra-ordinary perpetrated by evil villains, rather than something that happens to one in four women usually on familiar terrain with familiar people. Criminologists have found that the reason why so few women report rape is that they measure their experiences against the Bayley style scenario. Judges also sometimes do much the same thing. Consider the UK case ofStockwell where Farquharson J said: ‘An important consideration is…the fact that this was not a rape of a strange woman or a woman hardly known, but the rape of a woman with whom the appellant had lived as man and wife.’ This, he said, ‘puts the sentence at the lowest end of the bracket.’  In Australia Dowsett J in the case of Spencer said: ‘the very special relationship between husband and wife…would go in mitigation of sentence’ for spousal rape.  If we make Bayley the standard monster of rape against which all other rapes are measured then the experiences of most victims will be found lacking.

My final problem with calling violent sex offenders monsters is that it suggests that they’re irredeemable; completely beyond the hope of reform. If this is the case then rehabilitation, which is one of the major purposes of our criminal justice system, is discarded. This is the kind of erroneous thinking you see in calls for chemical castration, as though the problem is simply one of an untamed male libido rather than embedded in a society that sexualises violence against women.   If we accept some social responsibility for the behaviour of rapists and murderers (acknowledging that personal histories and psychological conditions play a large part) then we need to accept social responsibility for their reform. Locking them up and throwing away the key is a lazy top dressing to a deeper social problem. It doesn’t address the causes of crime and so will continue to breed the same perpetrators. These kinds of solutions also undermine the most basic principles of our justice system. Monsters call for extreme measures, says Dr Penny Crofts, like keeping a prisoner detained with no extra charges and no fair trial, although they have served the entirety of their sentence. The fact that Bayley breached his parole and was not immediately incarcerated suggests a problem with police reporting systems and with the quality of risk assessments undertaken by the parole board. Parole nonetheless remains a crucial means of socially reintegrating offenders.

With this in mind what do we make of Bayley's sentence today? Personally, I think that Justice Nettle was fair. The sentence gave his some incentive to try to rehabilitate in prison, it acknowledged the impact that a guilty plea has upon the victims' family and it took into account the obvious risk that Bayley posed to community safety. It's true that this means that Bayley may one day again walk free. But at the age of 76 and with the high levels of post-release surveillance that are imposed upon those like Bayley who are charged with high category offences, I have faith that he will not pose a risk.

And if we could wind back the clock to when Bayley was first arrested, what could have been done differently? How could we have prevented Jill Meagher’s death?  Starting with his first trial, I would suggest that more needs to be done to validate rape victims’ experiences in court. Court must stop being experienced by victims as a second violation by bullying barristers and complacent Judges. And sentences for rape should reflect the gravity of the offence, which didn’t happen in Bayley’s first case. But we also need to not just conceive of incarceration as a form of vengeance. Prisons should not be an expensive way to make bad people worse. Cognitive behaviour therapy, therapeutic approaches to sentencing focusing on the community and investing in programs in high risk communities aimed at stopping the causes of crime have been found to significantly reduce re-offending rates which at present stand at 60%.

Of course this kind of speculation is difficult and no-one can claim to have the answers. How do you think we could stop the next Bayley?

The price of love