Australian Energy Market Operator's 100% renewables modelling has been criticised for not putting the figures into context. When done so, the 2050 renewable scenarios are similar in cost to most alternatives, writes Jenny Riesz. 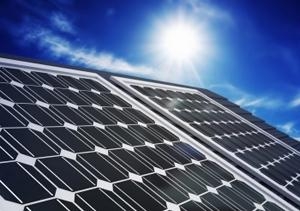 OPINION: AEMO’s recent modelling of 100 per cent renewables has been widely applauded as a ground-breaking analysis by an electricity system operator of the technical and economic option of 100 per cent renewable electricity supply. Although acknowledged as valuable, the modelling has been criticised for not including a ‘reference case’, and for not including the ‘trajectory costs’ (the cost of progressively constructing a power system over time, rather than all in a single year). We provide in this article an estimate of the trajectory costs, to allow meaningful comparisons with previous studies to put these figures in context.

AEMO calculated that a 100 per cent renewable power system would cost in the vicinity of $220 billion to $330 billion dollars to construct (including the associated transmission). Some have taken this as an indication that renewables are too expensive. However, this needs to be put into context, which is exactly what we’ve attempted to do in the two figures shown here and here.

Each dot shows a modelled scenario for the future (2030 or 2050), indicating the total greenhouse emissions on the vertical axis, and the wholesale cost of electricity on the horizontal axis.

Greenhouse emissions go up significantly by 2030 if there isn’t policy pressure (such as a carbon price), rising to around 240 MtCO2 per annum. In all other scenarios considered emissions go down to 85 to 175 MtCO2 per annum by 2030. By contrast, emissions are essentially zero in the 100 per cent renewables system.

By 2050 the renewables system is looking even more cost competitive. Costs in ‘conventional’ scenarios range from $111 to $194/MWh, compared with $112 to $156 /MWh for the 100 per cent renewables scenarios. The only conventional scenario that has costs lower than that range has greenhouse emissions of a whopping 328 MtCO2 per annum, which is clearly not feasible given climate constraints.

UNSW’s own modelling concurs with this assessment. Recent modelling by Elliston et al. which included an internal (and therefore directly comparable) reference case indicates that a 100 per cent renewable power system could be cost competitive with a fossil fuel system by 2030 (given anticipated carbon prices in the range $50-$65 at that time).

Usually, modelling like the AEMO 100 per cent renewables study includes a ‘reference case’ which provides a direct and appropriate point of comparison for the system being studied (this was the approach taken by UNSW, for example). With rapidly rising gas prices and increasing pressure to reduce greenhouse emissions, it is very likely that our current fossil fuel system is going to get more expensive over time. This means that comparing with the present system doesn’t give a good indication of the cost to our society of pursuing 100 per cent renewables, relative to what we might need to invest in anyway.

For whatever reason, the original scope of work did not include the modelling of a reference case. This could have been partly because it’s actually quite difficult to decide what the most appropriate reference case would be. Should it assume ‘business as usual’ investment, which would probably involve significant investment in coal-fired plant? This almost certainly doesn’t provide a meaningful indication of what the future might bring.
So, then, should the modelling include a carbon price to drive investment in lower emissions technologies? If so, what carbon price? For this reason, it’s probably most sensible to compare the 100 per cent renewables scenarios to a range of possible reference cases that give an indication of the spread of possible futures.

A number of previous modelling studies do exist that provide a reasonable point of comparison.  The CSIRO has modelled an extensive range of scenarios, available on its website via the efuture tool.  These scenarios use the same technology costs as the AEMO 100 per cent renewables modelling (from the Australian Energy Technology Assessment, AETA), although they all assume a relatively low carbon price trajectory.

Another point of comparison is available in the earlier Treasury Strong Growth, Low Pollution future study.  The technology cost estimates are older, but the modelling does employ a wide range of carbon prices, providing a useful indication of a wider range of possible futures.

It’s important to acknowledge that the modelling techniques and assumptions applied are different in each study so that they are not quite ‘apples for apples’ comparisons. One of the important limitations of the AEMO 100 per cent renewables modelling is that everything was assumed to be installed in the year of analysis (2030 or 2050), without consideration of the fact that you’d need to construct the system over time, with the earlier technologies being installed at higher costs. At the stakeholder forum AEMO remarked that these ‘trajectory costs’ are probably the largest source of uncertainty in the modelling.

We extracted the data from AEMO’s report to calculate how large these trajectory costs might be.  We applied the shape of the curves for technology cost reductions over time from the AETA study, and assumed (as a first approximation) that renewable capacity for each technology was installed linearly over time from the present to the relevant year (2030 or 2050).

The trajectory costs have been added to AEMO’s calculated wholesale costs in the figures above (in light green), to provide a fairer comparison with the other studies. As you can see, the 100 per cent renewable scenarios are still comparable in cost to other scenarios. In 2030, 100 per cent renewables is among the more expensive scenarios, but also features much lower emissions. By 2050, the renewable scenarios appear to be very similar in cost to most alternative scenarios.

Dr Jenny Riesz is a post-doctoral research fellow at the Centre for Energy and Environmental Markets (CEEM) at UNSW. CEEM’s full submission on the AEMO 100 per cent renewable modelling study is available here.

This opinion piece was first published in The Business Spectator.

Power to the people: how communities can help meet our renewable energy goals