The coming El Niño and La Niña double bill could be the strongest since 1998, affecting a vast swathe of the planet from Africa, through Australasia and all the way to the Americas, write Wenju Cai, Agus Santoso and Guojian Wang. 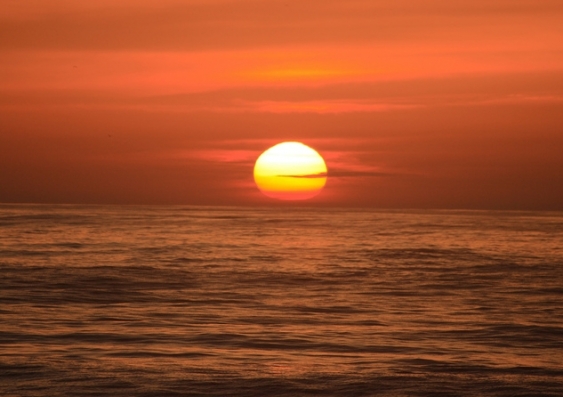 Warming seas suggest El Niño is on the horizon. dmytrok/Flickr

OPINION: The anticipation is growing that this year’s newly formed El Niño will turn out to be very big. All climate models surveyed by the Australian Bureau of Meteorology are currently predicting a strong event later this year.

We’ve been here before – last year, in fact, when fears of a 2014 “super El Niño” proved anticlimactic. But it’s not over yet. The El Niño – Spanish for “the little boy”, which refers to a particular pattern of ocean and atmospheric temperatures across the Pacific – has resumed its growth this year and this time it is not showing any signs of slowing down.

It’s easy to see why this little boy gets so much attention. First, we are talking about a climate phenomenon that brings drought, rains, floods, heatwaves and other extreme weather events to many parts of the world.

Second, it is almost 20 years since the previous extreme El Niño. The 1997-98 event was the biggest in modern records and its worldwide catastrophic impacts earned it the infamous description of “the climate event of the 20th century”. A comparable but slightly weaker El Niño occurred in the summer of 1982-83, which was marked by severe drought in eastern Australia and the tragic Ash Wednesday bushfires.

Third, the latest climate model projections – reviewed by us in a study published today in Nature Climate Change – have shown that Earth will probably experience more super El Niños as the global climate warms. The projections also suggest that the extreme version of La Niña – the sister and “opposite” of El Niño – will also increase in frequency, as will the positive phase of the siblings' “cousin”, a related phenomenon called the Indian Ocean Dipole. This also includes more successive occurrences of the trio.

This atypical “family gathering” has happened before. A positive Indian Ocean Dipole occurred in the southern spring of 1997, before the El Niño peaked the following summer. A La Niña then followed in the summer of 1998-99. For western Pacific rim countries, the overall result was drier-than-normal conditions in 1997, followed by unusually wet conditions in 1998. A similar series of events also occurred in 1982-83.

To understand this and to see how global warming spurs such events, we need to understand the physics of El Niño, taking the most recent unfolding events as a start.

The 2014-2016 chain of events would be interesting in its own right. While the failed 2014 super El Niño left many experts scrabbling for an explanation, its warming remnants in the central Pacific have now transformed into the official 2015 El Niño.

It is not common that two El Niño events would occur consecutively. The heat accumulated in the equatorial Pacific Ocean that fuels an El Niño is usually discharged, and some of this heat goes into the atmosphere, where it helps to accelerate warming in global surface temperature.

Following the peak of an El Niño in the southern summer, the equatorial Pacific Ocean is depleted of heat and needs to be recharged. Winds associated with La Niña are effective in this recharge, and so an El Niño tends to be followed immediately by a La Niña.

Clearly the 2014 El Niño conditions were not strong enough for this to happen. Another similar exception occurred during 1986-1988. The 1986-87 El Niño was weak, the Pacific Ocean heat was not completely depleted, allowing for another somewhat stronger El Niño in 1987-88. These two events are considered weak to moderate.

The impact was mild and confined to northeastern Australia, in part because there were no concurrent positive Indian Ocean Dipole events which also act to channel El Niño’s impact to southern Australia.

However, after the two consecutive events, the equatorial Pacific was finally depleted of heat. The subsurface ocean was colder, facilitating surface cooling in the central Pacific through a suite of atmosphere-ocean positive feedback processes, leading to the extreme La Niña of 1988-89.

What is in store?

The pattern of Pacific Ocean temperatures during the last strong El Nino event in 1997. NOAA

For Australia, the impacts of this sequence could be significant, as attested by the devastating Ash Wednesday bushfire in 1983 over southern Australia and the floods that hit the country’s northeast in early 1984.

This swing between opposite extremes from one year to the next could have globally damaging consequences too. On the far side of the Pacific, California may get a break from its a prolonged drought, although this hopefully won’t be in the form of intense storms and flooding.

We cannot be sure if climate change plays a role in an individual event, and climate models are certainly not perfect. Observations need to be sustained to gather and compare robust statistics. But due to recent research we can now say that stronger El Ninos, La Ninas, and positive Indian Ocean Dipoles are all to be expected on a warming planet.

Climate models project an overall weakening of the Walker Circulation over the 21st century, underpinned by faster warming in the eastern equatorial Pacific (which is favourable for extreme El Niños, and in turn conducive to extreme La Niña). There will also be faster warming in the western than the eastern Indian Ocean, which would tend to promote positive Indian Ocean Dipole events. As a consequence, the sequence of an El Niño preceded by a positive Indian Ocean Dipole and followed by a La Niña event is projected to occur more frequently.

These sequences of events are likely to affect a vast swathe of the planet, extending from Africa, right through to South Asia and Australasia, and all the way across to the coastlines of the eastern Pacific.

Guojian Wang is a Postdoctoral fellow at CSIRO.

Agus Santoso  is a Senior Research Associate at UNSW.

Wenju Cai is a Principal Research Scientist, Wealth from Oceans Flagship at CSIRO.