For his outstanding contribution to organic chemistry, eminent UNSW scientist David Black has been awarded the Australian Academy of Science 2017 David Craig Medal. 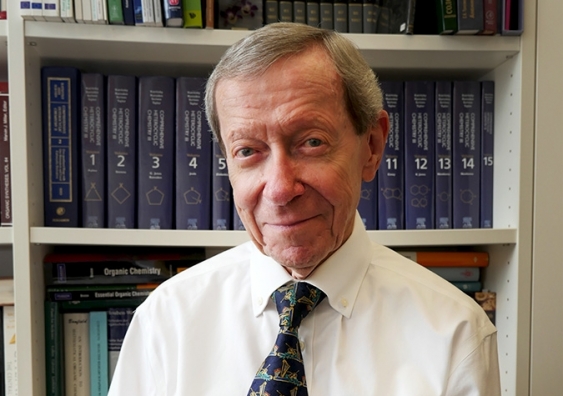 Professor Black is recognised as one of the world’s leading heterocyclic chemists, a field responsible for the generation of the overwhelming majority of pharmaceutical agents and drugs in use today.

His research has focussed on the deliberate design and synthesis of new structural types of organic molecules and the discovery of new synthetic methodologies. He has also made major contributions to organic chemistry in the fields of coordination chemistry and natural products.

Professor Black joined UNSW in 1983 as a professor of Organic Chemistry and was elected a Fellow of the Australian Academy of Science in 2011 for his work in organic chemistry and his leadership in scientific diplomacy.

The David Craig Medal is named in honour of the late Emeritus Professor David Craig AO, FAA, FRS, who was appointed Foundation Professor of Physical and Theoretical Chemistry at the Australian National University in 1963.

Recipients of the medal give several public lectures across Australia.

In all, 17 world-leading Australian researchers addressing challenges including antibiotic resistance, the reduction of greenhouse gases in the atmosphere and a lack of clean drinking water in disaster zones, were announced today as recipients of the Academy’s annual honorific awards.

Academy President Professor Andrew Holmes congratulated the winners for their inspiring work and discoveries that will change people’s lives.

“These men and women are the best of Australia’s leading and emerging scientists; from researchers building on existing research and enhancing our understanding of specific fields to those working at the very edge of human understanding and knowledge,” he said.