The case for expanding nuclear energy is based on a raft of myths including its status as an energy source, greenhouse gas emissions, accidents, wastes and economics, writes Mark Diesendorf. 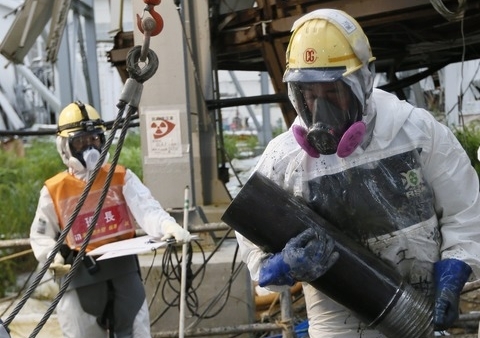 The Fukushima disaster was a dark chapter for nuclear power - but high-profile accidents are far from the only downside. EPA/KIMIMASA MAYAMA/AAP

OPINION: The case for expanding nuclear energy is based on myths about its status, greenhouse gas emissions, proliferation, accidents, wastes and economics. Let’s take each in turn.

Nuclear is not, and has never been, a major energy force. Global annual nuclear energy generation peaked in 2006. Meanwhile its percentage contribution to global electricity generation has declined from its historic peak in 1993 of 17% to about 10% today. The only countries with significant growth are China, India, Russia and South Korea. In the rest of the world, retirements of ageing reactors are likely to outweigh new builds.

Nuclear advocates are fond of claiming that nuclear energy has negligible greenhouse gas emissions and hence must play an important role in mitigating climate change. However, the greenhouse case for new nuclear power stations is flawed.

In a study published in 2008, nuclear physicist and nuclear energy supporter Manfred Lenzen compared life-cycle emissions from several types of power station. For nuclear energy based on mining high-grade uranium ore, he found average emissions of 60 grams of CO2 per kilowatt hour of electricity generation, compared with 10–20 g per kWh for wind and 500–600 g per kWh for gas. Now comes the part that most nuclear proponents try to ignore.

The world has, at most, a few decades of high-grade uranium ore reserves left. As ore grades inevitably decline, more diesel fuel is needed to mine and mill the uranium, and so the resulting CO2 emissions rise. Lenzen calculated the life-cycle emissions of a nuclear power station running on low-grade uranium ore to be 131 g per kWh.

This is unacceptable in terms of climate science, especially given that Lenzen’s assumptions favoured nuclear energy. Mining in remote locations will be one of the last industries to transition to low-carbon fuels, so new nuclear reactors will inevitably become significant greenhouse gas emitters over their lifetimes.

The next generation of reactors

Some generation IV reactors are potentially lower in life-cycle greenhouse gas emissions, but these are not yet commercially available.

Advocates try to justify the integral fast reactor and the thorium reactor on the fallacious grounds that they cannot be used to produce nuclear weapons explosives. However, if not operated according to the rules, the integral fast reactor can actually make it easier to extract weapons-grade plutonium and hence make bombs. To be useful as a nuclear fuel, thorium must first be converted to uranium-233, which can be fissioned either in a nuclear reactor or an atomic bomb, as the United States has demonstrated.

The small modular reactor (SMR) has been a dream of the nuclear industry for decades, amid hopes that future mass production could make its electricity cheaper than from existing large reactors. However, offsetting this is the economy of scale of large reactors. The Union of Concerned Scientists, which is not anti-nuclear, has serious safety and security concerns about SMRs.

Thus nuclear energy contributes to the number of countries with nuclear weapons, or the capacity to build them, and hence increases the probability of nuclear war.

Analyses of the damage done by major nuclear accidents, such as Chernobyl in 1986 and Fukushima in 2011, should properly consider not just the short-term deaths from acute radiation syndrome, but also the cancers that appear over the ensuring decades, and which represent the major contribution to death and disabilities from these incidents.

Estimates of future Chernobyl deaths by reputable impartial authors range from 16,000 by the International Centre for Research on Cancer, to 93,000 by an international group of medical researchers.

Four years after Fukushima, the plant is still leaking radiation, while a reported 120,000 people remain displaced and Japanese taxpayers face a bill that could run to hundreds of billions of dollars.

Proponents often cherry-pick highly optimistic projections of the future cost of nuclear energy. However, past and present experience suggests that such projections have little basis in reality. Apart from the Generation IV reactors, which are not commercially available and hence cannot be costed credibly, all of the much-touted current (Generation III+) power reactors under construction (none is operating) are behind schedule and over budget.

In Finland, Olkiluoto-3 is nearly a decade behind schedule and nearly three times its budgeted cost; in France, Flamanville-3 is five years behind schedule and double budgeted cost; in Georgia, USA, Vogtle is three years behind schedule and about US$700 million over budget. Britain’s proposed Hinkley Point C will receive a guaranteed inflation-linked price for electricity over 35 years, starting at about US$180 per megawatt hour – double the typical wholesale price of electricity in the UK. It will also receive a loan guarantee of about US$20 billion and insurance backed by the British taxpayer. It’s doubtful whether any nuclear power station has ever been built without huge subsidies.

High-level nuclear wastes will have to be safeguarded for 100,000 years or more, far exceeding the lifetime of any human institution.

Meanwhile, Denmark is moving to 100% renewable electricity by 2035, and Germany to at least 80% by 2050. Two German states are already at 100% net renewable energy and South Australia is nudging 40%. Hourly computer simulations of the National Electricity Market suggest that it too could be operated on 100% renewables, purely by scaling up commercially available technologies.

The variability of wind and solar power can be managed with mixes of different renewable energy technologies, at geographically dispersed locations to smooth out the supply. Why would we need to bother with nuclear?