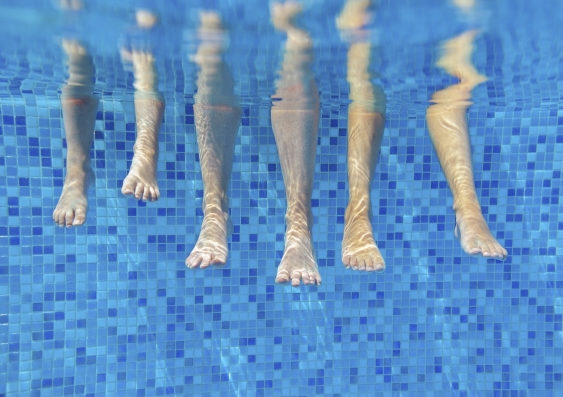 The first comprehensive modelling study to pinpoint the highest drivers of a typical Sydney household’s daily electricity demand has revealed that ducted air-conditioning and pools are the top culprits.

The study was published in Elselvier’s international journal Energy and Buildings.

“Overall the data collected showed a variety of patterns and behaviours for different households and residential building types so when planning for new dwellings we can accurately measure the future energy demand and find ways to make a residential building project more energy efficient.

“A key reason for the study was that in the residential sector, which represents around 30% of global electricity consumption, the underlying composition and drivers of energy use have until now been poorly understood,” said Associate Professor Sproul.

Between 2010 and 2014 the Australian Smart Grid Smart City project collected electricity readings at half-hour intervals from 9903 households in six major towns or regions and 730 smaller towns across New South Wales.  The study used this detailed material to build a household electricity consumption model which was then linked and compared to detailed demographic information and housing survey results from some 3400 households to paint a detailed picture of consumption.

PhD student and lead author Hua Fan explained that the model looked both at individual households and household groups.

“This statistical model investigated the consumption of both individual households and communities. There are limits to what can be achieved modelling single households given the myriad factors that go towards overall  consumption including, importantly, the behaviour of the people living there. However, the model tested extremely well for forecasting the overall electricity consumption of communities,” said Mr Fan.

“We concluded that models like this are useful to a range of stakeholders, including individual households striving to understand the implications of different choices they might face such as whether to put a pool in, utilities looking to better forecast the impact of different residential trends as they plan their networks, as well as policy makers seeking to improve energy efficiency.”

Associate Professor Iain MacGill, from UNSW Electrical Engineering and another co-author, noted that the study was undertaken in the context of a largely unexpected fall in Australian residential electricity consumption over the past decade.

“This fall in residential electricity demand caught the industry and policy makers by surprise given near continuous growth in consumption over the 100 year history of the electricity industry in Australia. While very welcome in terms of households reducing their electricity bills, slowing excessive network investment and contributing to falling greenhouse gas emissions, we don’t fully understand what drove this fall and how we might even facilitate greater improvements," he said.

“Studies such as this can also make a useful contribution towards assessing recent efforts by some of the network businesses, under pressure from falling revenue due to lower sales, to change their tariff arrangements. In particular, how can we ensure that households undertaking energy efficiency activities or putting on solar home systems are not penalised for doing the right thing in saving both money and the environment, whilst still ensuring we all fairly contribute towards reliable and secure supply,” he added.