For the first time, researchers have uncovered the mechanism that explains why some reefs are able to withstand high ocean temperatures and avoid destructive coral bleaching. 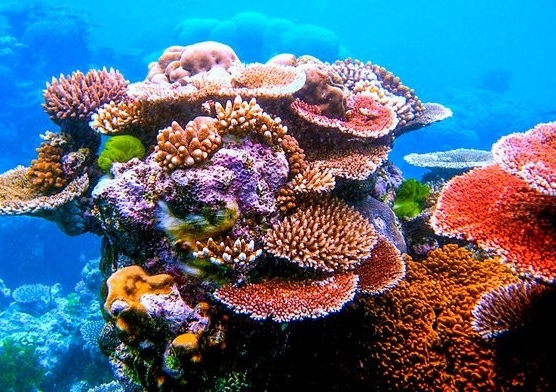 A UNSW-led team of researchers has identified genes that allow some algae living in corals to tolerate higher ocean temperatures than others. The genes could act as markers to understand the risk of coral bleaching in different areas of tropical reefs including the Great Barrier Reef.

“Tropical corals cannot survive without the Symbiodinium algae that live inside them. These tiny, photosynthetic organisms can provide the corals with more than 90 per cent of their food,” says study first author and UNSW PhD student Rachel Levin.

Increased water temperatures stress the algae, causing them to produce an excess of toxic chemicals, called reactive oxygen species, which damage both the algae and the corals. As a result, corals expel the heat-stressed algae, become bleached white, and starve to death unless they are recolonised by new algae. 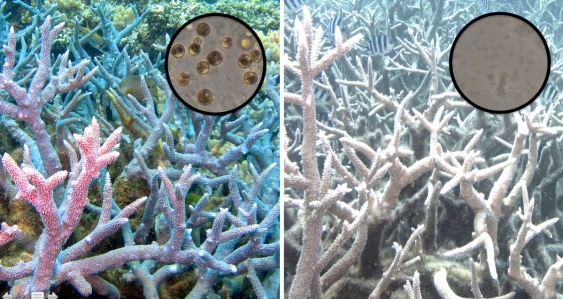 “For the first time, we have uncovered the mechanism that explains why some algae can withstand higher temperatures and avoid bleaching,” says Levin. “We found they can switch on genes to produce proteins that neutralise the toxic chemicals.”

“As marine systems are increasingly challenged by multiple environmental threats, it is critical that we not just describe the severity of those threats, but also understand the capacity of marine organisms and ecosystems to adapt to and overcome those threats,” says Professor Steinberg.

The team studied the algal genes to uncover those that are activated or de-activated over the course of a heat-stress experiment conducted in the laboratory. The microscopic algae have more genes than humans do.

“We found that only the algae from the warmer reef can activate specific types of genes when under heat stress to counter the damaging effects of the reactive oxygen species,” says Levin. “The risk of coral bleaching in different areas on the Great Barrier Reef could be assessed by using these genes as markers.”

Professor van Oppen says the study produced another surprising result. “We also discovered that, under stress, both types of algae may switch from their normal asexual mode of reproduction to sexual reproduction.

“Sexual reproduction helps speed up evolution and may allow some algae to adapt quickly enough to tolerate the rise in sea surface temperature. This could be a natural ‘golden ticket’ that allows some corals to survive a bleaching event,” she says.

In an unprecedented event, a large part of the Great Barrier Reef has undergone bleaching this year due to unusually high sea surface temperatures, with the most recent estimates indicating that about a quarter of corals have already been lost to bleaching-related mortality across the reef.

Future surveys may reveal whether surviving corals contain algae that are able to activate the heat-tolerant genes unveiled in this study.

Bleaching has struck the southernmost coral reef in the world