We need to place greater value on the extraordinary Indigenous history and heritage of our nation, writes Darren Curnoe. 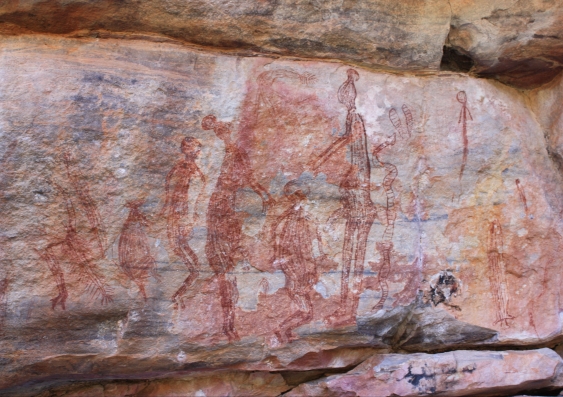 OPINION: For the first couple of centuries of European occupation of Australia the history of its Indigenous people, as written by white fellas, drew heavily on adjectives like ‘primitive’.

As both a white fella and an anthropologist devoting much of my time to writing about human origins, I can only try to imagine the devastating effects this has had on people’s lives.

Without doubt it has played a role in the long battle Indigenous communities have had for acceptance by the wider community; being central to issues like land rights, and today, constitutional change and calls for a treaty.

To many anthropologists and archaeologists, based especially in the northern hemisphere, Australia was seen as an uninteresting backwater. The continent being settled very late in prehistory - they thought - and well after humanity’s major cultural achievements had already occurred.

This view slowly began to change with the discovery that Australia had in fact been occupied for tens of thousands of years. The unearthing of the Mungo Lady and Mungo Man at the Willandra Lakes in southwest New South Wales during the 1970s showed that people had been here for close to 40 thousand years.

But this was just the first in a series of discoveries and rethinks that would come to show the continent’s Indigenous people were truly pioneers in the global (collective) journey of humankind.

The ‘Innovation Nation’, the Prime Minister hopes we will become, began with these ancient Australians, and they racked up a large number of cultural world ‘firsts’, which we should all recognise and celebrate.

Here are just a four examples that show Australia was the world’s first Innovation Nation.

A long and perilous journey

Just getting to Australia was a remarkable feat in itself. Hundreds of kilometres of open sea to be crossed, and to a continent no one knew existed for certain.

But get here they did, and flourish they did. Australia saw the world’s first cross-horizon maritime journey by a people who would go on to discover an entire continent.

A continent of strange plants and animals; more than its fair share of deadly creatures; and landscapes varying from snow capped mountains to hot deserts, rainforests, chains of seasonal lakes and crocodile infested estuaries.

For some archaeologists, the settlement of the island continent marks no less than the emergence of the human mind itself!

Sense of the afterlife

The earliest Australians had a rich spiritual and symbol filled culture, with a strong sense of the afterlife.

Around 40 thousand years ago the Mungo Lady was cremated, the world’s first cremation. At about the same time the Mungo Man’s body was sprinkled or painted in red pigment (ochre), the first time we saw such an elaborate burial anywhere in the world.

Australia now lays claim to the oldest edge-ground axe, following a new report by a team of Australian archaeologists led by Peter Hiscock of the University of Sydney and published in the journal Australian Archaeology.

The tool, dated between 49 and 44 thousand years old, is the oldest example of the kind of axe that we might expect to see in our local hardware store (if they were still made from stone that is!): a ground cutting edge, mounted on a balanced handle.

It’s the kind of tool that takes careful planning and high skill to make, has multiple stages in production and multiple elements, and would be ideal for the kinds of tasks we would use an axe for today.

The discovery tells us that the first settlers of Australia stepped up to the challenges the continent posed to them and invented new and sophisticated tools to make a success of the place.

It also marks a very ancient cultural connection between these early pioneers and Indigenous people today, with edge-ground tools still being made until very recently.

Just like today, where people tattoo or pierce their skin with items of jewellery, or even put themselves through cosmetic surgery, traditional cultures across the world turned to artificial means to enhance or alter their appearance.

In the past people filed or knocked-out (‘evulsed’) their teeth, scarified their skin, performed circumcisions or manipulated the skulls of their babies so they would grow up with distinctively shaped heads.

Some ancient skulls from the Willandra Lakes, Kow Swamp and various other places in Australia have rather unusual shapes. And when anthropologists have compared them to skulls from other cultures, such as in New Guinea or South America, where infant heads were manipulated by their mothers for cultural reasons, they look remarkably similar.

So, Australia has the oldest evidence for deliberately shaping the bones of the skull to produce a distinctive head shape. It’s the earliest known example of cosmetic treatment!

Each year tourists flock to our nation from around the world to experience the richness of Indigenous culture and the remarkably ancient sites and landscapes the country has.

Yet, so many of us at home place too little value on the history and heritage of our nation, as well as the central place Indigenous Australians hold in the common evolutionary story of our species.

At the core of this choice is the value we place as a predominantly Anglocentric nation on the heritage and history of ‘others’. In this case, our fellow (Indigenous) Australians.

We continue to put more value on the places of pilgrimage of our Anglo and Western heritage – places like Stonehenge, the Roman Colosseum or the Greek Parthenon – than we do those of cultural and even evolutionary significance in our own backyard.

By doing so, we are the poorer for it as a nation, and miss the chance celebrate key milestones in the origin of humankind that played out right here, in Australia.

Darren Curnoe is an ARC Future Fellow and Director of the Palaeontology, Geobiology and Earth Archives Research Centre (PANGEA), UNSW.

Where were all the women in the Stone Age?