Patterns of rapid ice loss in the past could predict style of future Antarctic ice sheet retreat. 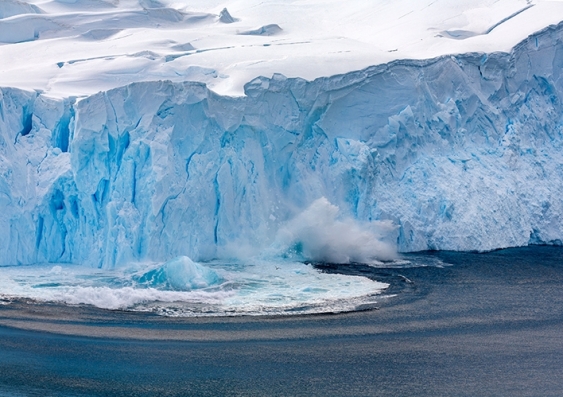 Scientists fear the retreat of the Antarctic ice sheet has already passed a critical tipping point that will inevitably lead to sea level rise over the coming centuries. Photo: Shutterstock

The melting of the Antarctic Ice Sheet may have already passed a point of no return, a new study has found, and scientists say it could contribute to sea level rise over coming centuries and possibly millennia.

The study, published overnight in Nature Communications and co-authored by Dr Zoë Thomas and Professor Chris Turney from UNSW Sydney, used geological data from Antarctica combined with computer models and statistical analyses to understand how recent changes compared to those from the past going back thousands of years.

“Our study reveals that during times in the past when the ice sheet retreated, the periods of rapid mass loss ‘switched on’ very abruptly, within only a decade or two,” says Dr Thomas.

“Interestingly, after the ice sheet continued to retreat for several hundred years, it ‘switched off’ again, also only taking a couple of decades.”

Dr Thomas says the Antarctic Ice Sheet went through many of these on/off episodes, each time contributing to global sea level rise as the world warmed at the end of the last ice age, about 20,000 years ago.

The researchers’ findings confirm computer modelling that had indicated that the diminishing ice sheet had passed a critical tipping point leading to irreversible loss of parts of the ice sheet below sea level.

“We have already observed over the last two decades that the Antarctic Ice Sheet has suddenly started losing ice which has contributed to rising sea levels around the world,” says Prof. Turney.

“But the satellite data showing this speed-up only go back about 40 years, so we needed longer records to put this change in context.” 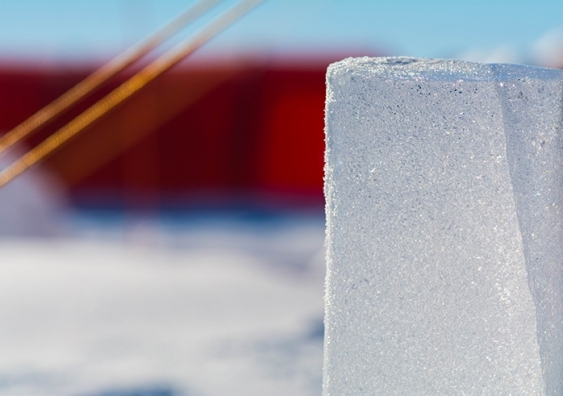 A close-up of an ice core that was extracted from an area at Patriot Hills in Antarctica. Photo: Chris Turney/Intrepid Science

The researchers examined the gritty sediments released from melting icebergs that settled into mud on the sea floor for clues to the ice sheet’s history of retreat and growth phases.

By counting the amounts of this iceberg-rafted sediment through the core, the scientists were able to identify eight phases with high amounts of debris which they interpreted as retreat phases of the Antarctic Ice Sheet. Each phase showed the same pattern - the ice sheet destabilised within a decade, contributed to global sea level rise for centuries to a millennium, and then subsequently re-stabilised equally rapidly.

Combining the sediment record with computer models of ice sheet behaviour, the team showed that each episode of increased iceberg calving reflected increased loss of ice from the interior of the ice sheet, not just changes in the already-floating ice shelves.

“We found that iceberg calving events on multi-year time scales were synchronous with discharge of grounded ice from the Antarctic Ice Sheet,” he says.

Dr Thomas then applied statistical methods to the model outputs to see if early warning signs could be detected for tipping points in the ice sheet system. Her analyses confirmed that tipping points did indeed exist.

“If it just takes one decade to tip a system like this, that’s actually quite scary because if the Antarctic Ice Sheet behaves in future like it did in the past, we must be experiencing the tipping right now,” she says.

Lead author Dr Michael Weber, from the Institute of Geosciences at the University of Bonn, led the team that recovered cores of the sediment from the Southern Ocean.

“Our findings are consistent with a growing body of evidence suggesting the acceleration of Antarctic ice-mass loss in recent decades may mark the beginning of a self-sustaining and irreversible period of ice sheet retreat and substantial global sea level rise,” he says.

“When we might see the eventual stabilisation of the ice sheet is unknown, because it will depend significantly on how much future climate warming occurs.”

Read the study: Decadal-scale onset and termination of Antarctic ice-mass loss during the last deglaciation

A researcher sits at the edge of a glacier at Patriot Hills, Antarctica. Photo: Chris Turney/Interpid Science