Termites and ants are mortal enemies and will fight to the death if necessary. Yet armies of sightless termites carry out their work within millimetres of ant nests thanks to an incredible talent that could be of interest to the defence and counter-espionage industries. 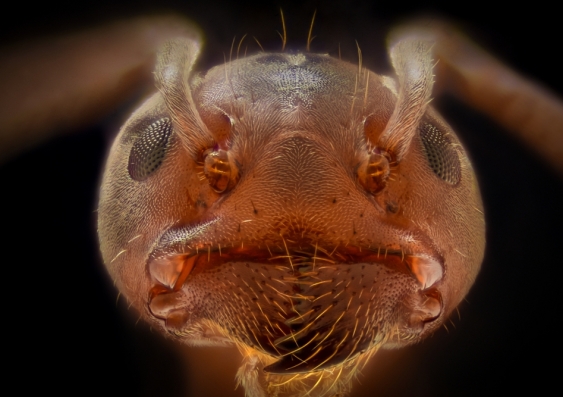 Ants are mortal enemies of the termite and one of their main predators. But their loud "stomp-like" footfalls give them away. Photo:Cornel Constantin/Shutterstock

Termites and ants are mortal enemies, their predator-prey relationship dating back into the Miocene. Both armies, if they come into contact, will fight to the death. Yet termites, despite being sightless, carry out their work within millimetres of ant nests thanks to an incredible talent.

Termites are highly cryptic masters of surveillance and concealment. Those in defence and counter-espionage could learn from their unique skills.

Experiments in the lab and in the field showed that termites eavesdrop on the micro-vibrations made when ants move around, rather than on chemical signals. According to Dr Oberst, termites are up to 100 times ‘quieter’ than their predators, almost tiptoeing while trotting along. The signals of walking ants seem more like ‘stomps’.

“Termites eavesdrop in order to keep track of exactly where ants are and what they are doing,” says Dr Oberst who, during the project, was a Research Associate at UNSW Canberra. “We knew they were spying on the ants’ chemical or acoustic signals, but we didn’t know which, until now.” 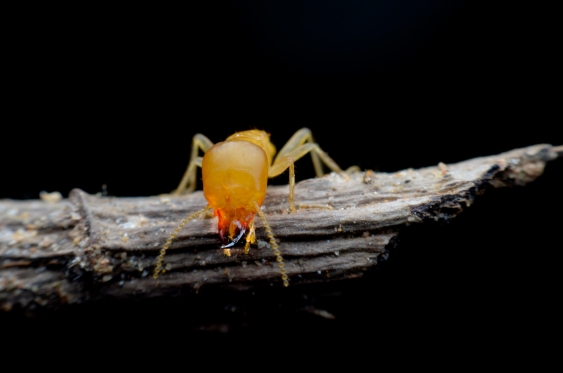 Termites are up to 100 times ‘quieter’ than their predators, almost tiptoeing while trotting along. Photo:Chakkrachai Nicharat/Shutterstock

Dr Oberst conducted experiments in the labs of CSIRO Black Mountain (Canberra) before designing a highly sensitive vibration setup within the anechoic chamber at UNSW Canberra to record sounds of ants and termites walking.

“Our task was to measure miniscule vibrations caused by the footsteps of insects with a weight of only a few milligrams. I had to enter an anechoic room which absorbed all sound reflections and that was decoupled from the building, but still we picked up vibrations from people in the building,” he explains. “We had to decouple the equipment within the room. The vibration of some termite species are so tiny that you wouldn’t feel them walking on your skin.”

“We discovered termites are quieter than ants, although there is one specific type of ant that hunts on its own, therefore has to be quiet. It is almost as silent as termites. Interestingly, another termite species that specialises in stealing food of other termites is also much quieter than its host.”

Why is this knowledge important? Learning how termites extract and synthesise a specific sound/vibration signal amid a cacophony of other sounds could lead to advances in technologies based on acoustic signatures, Dr Oberst says. Termites are highly cryptic masters of surveillance and concealment. Those in defence and counter-espionage could learn from their unique skills, the researchers say.

The pest control industry could be turned on its head if this knowledge can be commercialised. Chemical-based, toxic pest control methods could become a thing of the past if ant and termite acoustic signatures could be understood and used to control infestations. Further research must be conducted to crack the secret code of termites.

The research, published in Ecology Letters, was supported by the Australian Research Council.

Why termites don’t bite off more than they can chew