Climate extremes are killing Australian trees, but we don't know where they're dying. Scientists are asking the public to use their phones to help. 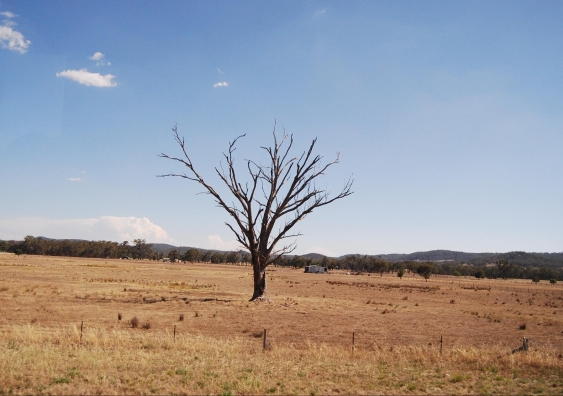 Most citizen science initiatives ask people to record living things, like frogs, wombats, or feral animals. But dead things can also be hugely informative for science. We have just launched a new citizen science project, The Dead Tree Detective, which aims to record where and when trees have died in Australia.

The current drought across southeastern Australia has been so severe that native trees have begun to perish, and we need people to send in photographs tracking what has died. These records will be valuable for scientists trying to understand and predict how native forests and woodlands are vulnerable to climate extremes.

Read more: Recent Australian droughts may be the worst in 800 years

Understanding where trees are most at risk is becoming urgent because it’s increasingly clear that climate change is already underway. On average, temperatures across Australia have risen more than 1℃ since 1910, and winter rainfall in southern Australia has declined. Further increases in temperature, and increasing time spent in drought, are forecast.

How our native plants cope with these changes will affect (among other things) biodiversity, water supplies, fire risk, and carbon storage. Unfortunately, how climate change is likely to affect Australian vegetation is a complex problem, and one we don’t yet have a good handle on. 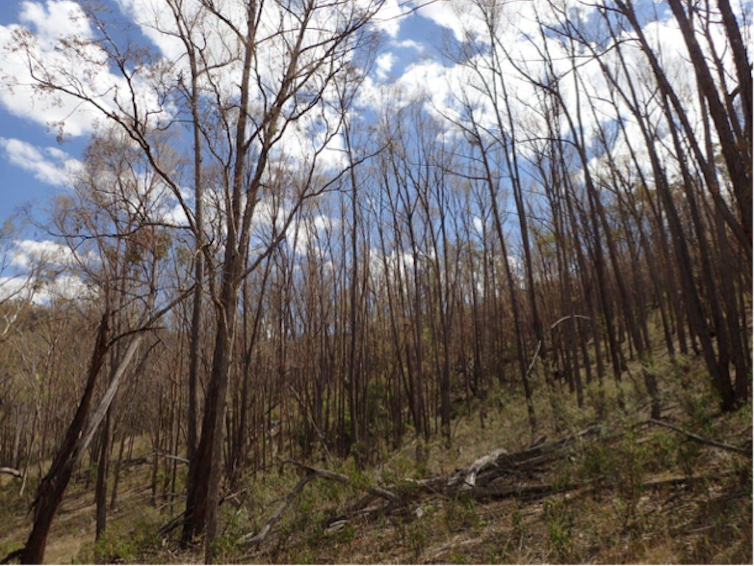 All plants have a preferred average climate where they grow best (their “climatic niche”). Many Australian tree species have small climatic niches.

It’s been estimated an increase of 2℃ would see 40% of eucalypt species stranded in climate conditions to which they are not adapted.

But what happens if species move out of their climatic niche? It’s possible there will be a gradual migration across the landscape as plants move to keep up with the climate.

Read more: How the warming world could turn many plants and animals into climate refugees

It’s also possible that plants will generally grow better, if carbon dioxide rises and frosts become less common (although this is a complicated and disputed claim. 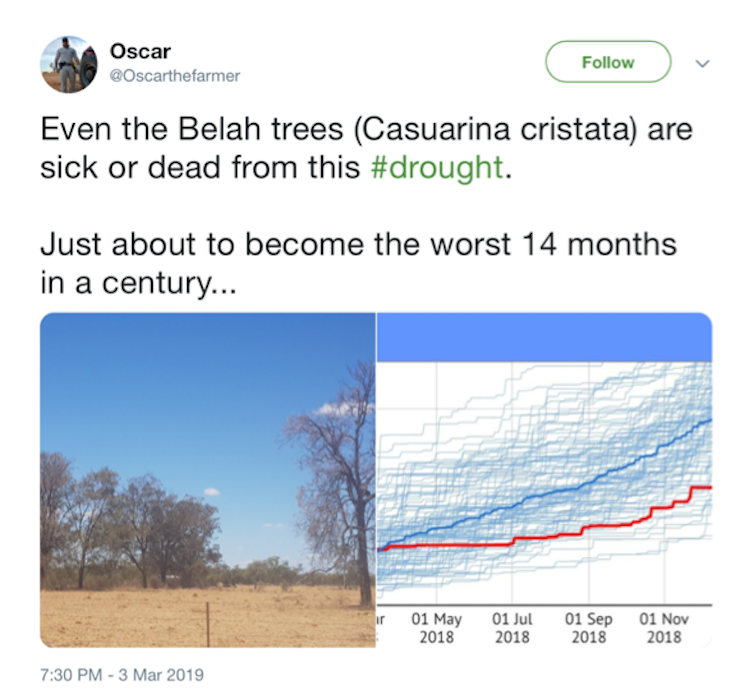 However, a third possibility is that increasing climate extremes will lead to mass tree deaths, with severe consequences.

There are examples of all three possibilities in the scientific literature, but reports of widespread tree death are becoming increasingly commonplace.

Many scientists, including ourselves, are now trying to identify the circumstances under which we may see trees die from climate stress. Quantifying these thresholds is going to be key for working out where vegetation may be headed.

Australian plants must deal with the most variable rainfall in the world. Only trees adapted to prolonged drought can survive. However, drought severity is forecast to increase, and rising heat extremes will exacerbate drought stress past their tolerance.

To explain why droughts overwhelm trees, we need to look at the water transport system that keeps them alive. Essentially, trees draw water from the soil through their roots and up to their leaves. Plants do not have a pump (like our hearts) to move water – instead, water is pulled up under tension using energy from sunlight. Our research illustrates how this transport system breaks down during droughts. 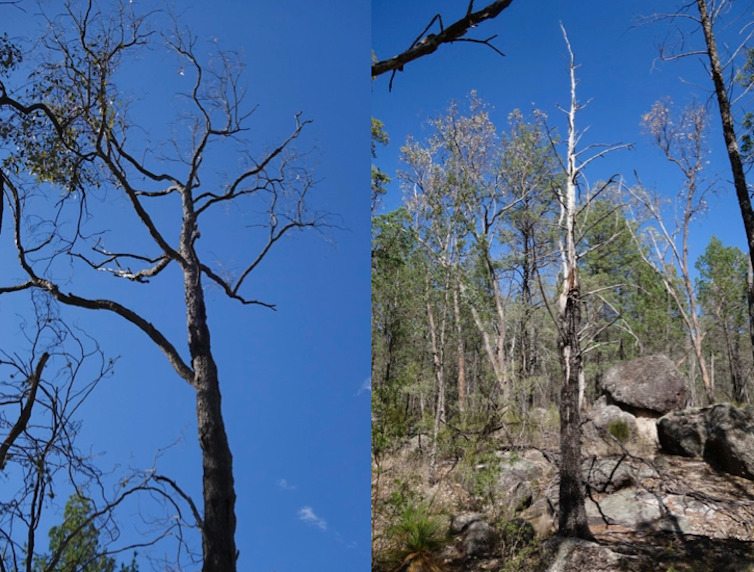 In hot weather, more moisture evaporates from trees’ leaves, putting more pressure on their water transport system. This evaporation can actually be useful, because it keeps the trees’ leaves cool during heatwaves. However if there is not enough water available, leaf temperatures can become lethally high, scorching the tree canopy.

We’ve also identified how drought tolerance varies among native tree species. Species growing in low-rainfall areas are better equipped to handle drought, showing they are finely tuned to their climate niche and suggesting many species will be vulnerable if climate change increases drought severity.

Based on all of these data, we hope to be able to predict where and when trees will be vulnerable to death from drought and heat stress. The problem lies in testing our predictions – and that’s where citizen science comes in. Satellite remote sensing can help us track overall greenness of ecosystems, but it can’t detect individual tree death. Observation on the ground is needed.

However, there is no system in place to record tree death from drought in Australia. For example, during the Millennium Drought, the most severe and extended drought for a century in southern Australia, there are almost no records of native tree death (other than along the rivers, where over-extraction of water was also an issue). Were there no deaths? Or were they simply not recorded?

The current drought gripping the southeast has not been as long as the Millennium Drought, but it does appear to be more intense, with some places receiving almost no rain for two years. We’ve also had a summer of repeated heatwaves, which will have intensified the stress.

We’re hearing anecdotal reports of tree death in the news and on twitter. We’re aiming to capture these anecdotal reports, and back them up with information including photographs, locations, numbers and species of trees affected, on the Dead Tree Detective.

We encourage anyone who sees dead trees around them to hop online and contribute. The Detective also allows people to record tree deaths from other causes – and trees that have come back to life again (sometimes dead isn’t dead). It can be depressing to see trees die – but recording their deaths for science helps to ensure they won’t have died in vain.

Climate change is testing the resilience of native plants to fire, from ash forests to gymea lilies