Opinion Australia on the move: how GPS keeps up with a continent in constant motion

Australia is always on the move thanks to continental drift, which means the mapped coordinates of any place can get out of line with any GPS locating system, write Chris Rizos and Donald Grant. 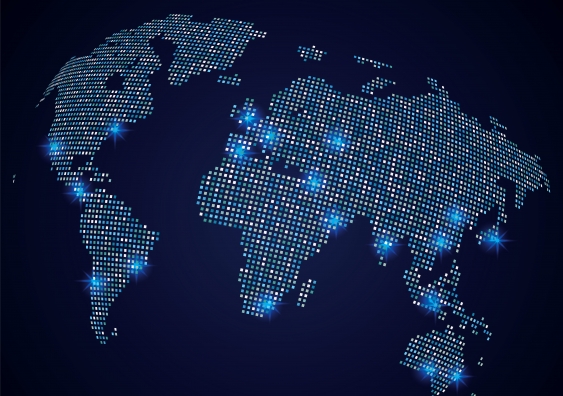 OPINION: Nothing on the Earth’s solid surface is static because all land is moving very slowly due to continental drift. This very slow movement affects everything around you in the same way so you can’t tell it is happening, unless you are able to very accurately measure where on the Earth’s surface you are.

The Australian continent, perched on the planet’s fastest moving tectonic plate, is drifting at about seven centimetres a year to the northeast. This is taking features marked on our maps out of line with the global navigation satellite systems (GNSS) such as GPS.

These global systems guide our smartphones, cars and other geopositioning devices used in sectors such as construction, transport, mining, agriculture and surveying.

How can we keep our map coordinates up to date? That is a challenge faced by today’s geodesists.

Knowing where things are

Geolocation devices determine their location in relation to known reference points – stable survey marks that have been fixed in the ground and precisely measured.

These reference points and their coordinate system of latitudes, longitudes and heights are called a geodetic datum. Every country has its own datum, and the one Australia has used to date is called the Geocentric Datum of Australia 1994, or GDA94.

The coordinates of fixed features on our maps, such as roads, buildings, property boundaries and utilities, as well as the coordinates of moving objects, vehicles, aircraft, and ships are all based on GDA94.

In the early 1990s, GDA94 was defined so that it “moved” with the drift of the Australian continent, like a giant net tied to the landscape. The effect was that fixed features had unchanging three-dimensional coordinates.

In contrast, the GNSS devices we now increasingly rely on use a different datum to determine their coordinates.

Satellite positioning systems – such as GPS, the Russian GLONASS, the European Union’s Galileo and China’s BeiDou – give coordinates based on a datum that is not fixed to any continent, but rather the average of all continents. So the coordinates of fixed features on the Earth’s surface, such as the Australian continent, are always changing, like slow-moving ships at sea.

The global GNSS coordinates and the Australian GDA94 coordinates are getting further out of alignment every year.

Precise positioning on the horizon

Historically, coordinate differences of a metre or so have not been an issue, because positioning systems have not been accurate enough for users to notice. When GDA94 was first introduced, the GPS locations were only accurate to around 100 metres and sometimes much worse.

But two important things have happened since then. Australia has moved about 1.6 metres northeast, effectively moving the location of mapped features and their associated GDA94 coordinates.

At the same time, positioning technology has evolved considerably. By 2020, Australia will have moved by 1.8 metres and many of us will own devices that could pinpoint locations with accuracy as small as, well, a smartphone. With real-time access to precise satellite positioning at our fingertips, we’ll notice discrepancies with GDA94-mapped features.

Imagine the confusion if a driverless car can determine its coordinates with (say) decimetre accuracy, in the GNSS datum, but the stored map features were referenced to our old datum GDA94 and and were nearly two metres different. That’s probably not even in the same lane.

The upshot is that Australia’s datum needs updating to ensure Australia’s plate-fixed maps are in sync with devices with accurate positioning capabilities.

Australia’s datum is being modernised in two stages to allow for the complexity of the change.

Stage 1 begins this year and involves defining a new datum which on average shifts all coordinates in Australia by 1.8 metres to the northeast. Called GDA2020, this new continent-fixed datum will bring the coordinates of Australia’s mapped features back into line with global systems in the year 2020.

In 2020, Stage 2 of the modernisation will establish a different kind of location reference system, similar to the global one, that will continually measure and model Australia’s movement. The modelling will include local ground deformation and subsidence effects which can affect heights, as well as global tectonic motion which is mostly horizontal.

Then the location information we rely upon will always be in alignment with the devices we use to access it. But we will have to get used to the coordinates of “fixed” features in the Australian landscape changing by seven centimetres per year. This will be in sync with the satellites that provide all our modern positioning. It will be future proof!

Who is making the changes?

The Intergovernmental Committee on Surveying and Mapping (ICSM) has formed a group to oversee the process of implementing GDA2020.

Geodesists from Geoscience Australia and all the states and territories have been working on the tools required for the transition to GDA2020. While the new datum will be officially gazetted early this year, it will probably take until mid-2018 before it is widely adopted.

How do the changes affect you?

The key thing to remember is that in order to be reliable, location information must be identified by the datum as well as the latitude, longitude and height coordinate values.

People who work with accurate spatial information and rely on positioning technologies will need to keep up to date with the important changes being made to Australia’s datum.

For others, the datum shift will be largely invisible, apart from improvements to the location services provided by smartphones.