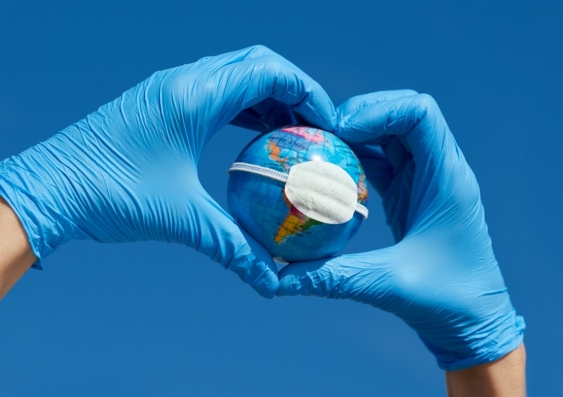 The paper describes the health risks posed by climate change, including vulnerabilities to heatwaves and extreme heat. Photo: Shutterstock

Despite being uniquely vulnerable to the hazards of climate change, Australia does not have a national plan to address the health risks it faces, says a national assessment of health and climate change released this week in the Medical Journal of Australia’s 2021 MJA-Lancet Countdown on Health and Climate Change.

While the report found positive action at the individual, local, state and territory levels, with growing uptake of rooftop solar and electric vehicles and the beginnings of appropriate adaptation planning, this was severely undermined by national policies and actions.

The lead author, Macquarie University’s Associate Professor Paul Beggs, said “a major conclusion of the report is that the continued absence of a national health and climate change adaptation plan is a glaring gap in Australia’s preparedness, and continues to put the health and lives of Australians at risk”.

Such an adaptation plan would perform at least two roles: assessing the nation’s vulnerability to climate change and then developing a plan to manage these consequences. The bulk of such work is conducted by non-government organisations or, in other cases, by state and territory governments. It’s from these sources that a national plan to address climate change and health might be formed.

The paper describes the health risks posed by climate change, including vulnerabilities to heatwaves and extreme heat, diminishing physical and mental health due to reduced sporting activities, cold- and heat-related mortality and increased risk from natural disasters such as flooding, droughts, and bushfires – all of which are disproportionately harmful to Indigenous Australians.

“We already have significant weather extremes,” said co-author Associate Professor Donna Green from UNSW’s Climate Change Research Centre. “When we have droughts or bushfires, we have big ones. Climate change is going to increase these extreme weather events so we can expect longer, more severe periods of fire weather, or more intense heatwaves.”

The legacy of inaction, not just in health but in energy and infrastructure, has left us in a position of notable potential, said A/Prof. Green.

“[Australia] has had such poor policy for so long that now, paradoxically, we are surrounded by many opportunities – like energy-efficiency practices that can be introduced and benefitted from. Yet, in this garden of low-hanging fruit, we’re reaching for nothing.”

And there is another consequence of Australia’s inaction, A/Prof. Green said.

“The longer we leave it to respond to climate change the more people will normalise these changes, even extreme ones, leaving them feeling disempowered.

“Despite recent positive developments at the state level, Australia as a country is already considered an international pariah on the world’s stage. What’s worse is there is no rational reason to keep us here other than vested interests entrenching political inaction and legacy systems. We lose the respect, and reasonably should feel the outrage of all the younger generation of Australians by not taking action at the national level now.”