A novel research solution that promises to dramatically increase gas yields from coal seams and biogas plants will be trialled for industrial application for the first time in India. 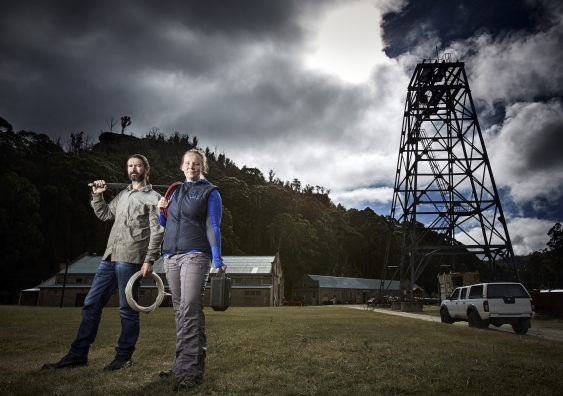 A research breakthrough that promises to dramatically increase gas yields from coal seams and biogas plants will be trialled for industrial application for the first time in partnership with India’s largest oil and gas producer, Oil and Natural Gas Corporation (ONGC).

By adding a common synthetic dye, microbiologists at the University of New South Wales (UNSW) have demonstrated a ten-fold increase in the volume of methane generated by microbes in coal seams, and even larger gains in biogas derived from agricultural and food waste.

The UNSW team and India’s Energy and Resources Institute (TERI) will work together to develop the industrial application of the phenomenon in coal seam gas wells operated by India’s state-owned ONGC, the country's dominant oil and gas explorer and producer. In its recent funding round, the Australia India Strategic Research Fund (AISRF) announced a new grant of $1 million to support the project.

UNSW’s researchers have already replicated the extraordinary gains in gas volumes outside the laboratory, in tests in coal seams west of Sydney. However, the Indian trials will enable a battery of industrial-scale tests factoring in critical variables such as coal seam pressure and temperature, as well as enabling the development of new technologies to precisely introduce the dye.

In the UNSW research, the crystals formed from neutral red dye were also shown to increase gas yields from microbes living on organic waste by up to 18 times. The breakthrough could extend the life of coal seam gas wells as well as greatly boost gas yields from bio-digesters that use carbon-neutral organic waste to generate methane for electricity production.

“This is very exciting and likely to be a game changer,” said the project’s leader, UNSW Associate Professor Mike Manefield. “There is a lot riding on natural gas, or methane, to help bring global emissions down as the world transitions to cleaner fuels,” he said.

“As gases burn far more efficiently than solids, you emit half as much carbon dioxide for the same amount of electricity when you burn gas, compared to coal.”

Associate Professor Manefield said his team “happened upon” the breakthrough when using the common dye, phenazine neutral red, while investigating methane-producing microbes. These "methanogenic archaea" live in coal seams and on organic waste, producing one billion tonnes of biogas a year. At the right concentration, the dye forms previously unobserved crystals that act as electron sponges that "power up" the microbes, boosting their growth and methane production.

“It’s simple. If the microbes grow faster, they emit more methane,” he said.

We could greatly reduce the number of coal seam gas wells needed to deliver the same amount of gas – and also add value to coal deposits that would otherwise be uneconomical to exploit.

In India, the national electricity grid is under intense pressure and some areas have no access to power. Accelerated methane production is not only a potential means of extracting much more energy from each coal seam gas well, but the process may also open up new sources of gas. Much of India’s untapped coal deposits consist of younger, softer coal that is much easier for methane-producing microbes to digest – and, therefore, potentially a much larger sources of methane than higher-value hard, black coal. Using the UNSW synthetic dye process, these currently unviable  soft coal deposits may be more commercially attractive for coal seam gas development.

“We could greatly reduce the number of coal seam gas wells needed to deliver the same amount of gas – and also add value to coal deposits that would otherwise be uneconomical to exploit,” Associate Professor Manefield explained.

The Indian-based project is also expected to deliver new fundamental knowledge about how methane-producing microbes work, he said. “We still don’t really understand how they tick. This is a chance to learn more about how they work, and so inform our wider understanding of methane gas production.”

Associate Professor Manefield and his team have previously collaborated successfully with Indian researchers, with the support of the AISRF, on the development of biological solutions to oil spills. The resulting patented, commercialised process introduces bacteria that literally eats up and digests hydrocarbons, with only carbon dioxide and water as a by-product.