Australia’s management of electronic waste is poorly implemented, lags behind international best practice, and is based on outdated recycling targets, UNSW researchers say. 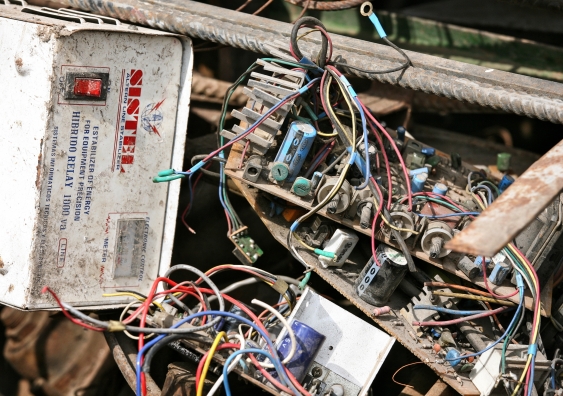 The scientists have reviewed Australia’s e-waste laws, comparing them to those of two international leaders in the field of e-waste recycling: Japan and Switzerland. They found Australia’s approach is ineffective and requires greater compliance measures to prevent hazardous pollutants from ending up in landfill.

The report is published in the Journal of Environmental Management.

“What is worrying is that our legislation is unable to keep pace with the amount of e-waste we’re now generating,” says Professor Graciela Metternicht from UNSW’s School of Biological, Earth and Environmental Sciences. “Our recycling targets may have been good 10 years ago, but they are ineffective today. We recommend the targets be revised.”

The researchers say e-waste is being generated three times faster than all other forms of waste. Electronic or electrical waste is defined in their report as any device that can connect to a power supply.  These devices can contains small amounts of hazardous pollutants such as lead, arsenic and mercury, which can have environmental and public health impacts if disposed of improperly.

Recycling helps prevent these pollutants from ending up in landfill and means some of the valuable metals in various components can be recovered. But this process is still expensive and has led many countries, including Australia, to illegally ship e-waste to less developed economies where dangerous and environmentally harmful recycling methods persist, the researchers say.

The UNSW team analysed four key pieces of legislation, including the National Waste Policy 2009 and the National Television and Computer Recycling Scheme 2011, and established “indicators of effectiveness” by which to evaluate them. They surveyed stakeholders and experts to validate these indicators, and compared Australia’s legislative environment and waste management practices to those of Japan and Switzerland.

While the introduction of e-waste laws in Australia resulted in an overall increase in recycling, the UNSW team identified major flaws with the legislation and outlined key recommendations. They say:

“We’re not saying the rules need to be completely overhauled or rewritten, but compared to other countries, our auditing and compliance measures certainly need to be enhanced,” says Metternicht.

“We can have the most ambitious targets in the world, but without the necessary enforcement and compliance measures these would be meaningless.”

The report’s lead author, UNSW honours student Ashleigh Morris, says the legislation needs to better support local councils: “The current legislation places no responsibility on consumers to dispose of e-waste, and the councils who manage the largest volumes of this hazardous and valuable form of waste are not supported to do so.”

Morris says it is as much a social issue as an environmental one: “Australians are the second largest producers of waste per person in the world,” she says. “This is a culture that we need to move away from, but until Australians stop seeing waste as an ‘out of sight, out of mind’ problem, the issues with e-waste will continue to grow exponentially.”

Does not compute: Australia lags behind in recycling electronic products