Opinion Back so soon, La Niña? Here's why we’re copping two soggy summers in a row

After one La Niña, the Pacific sometimes retains cool water which enables a second La Niña to form. 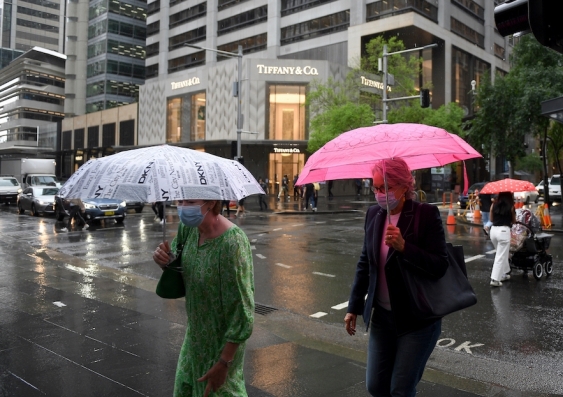 Last month was Australia’s wettest November on record, and summer in Queensland and parts of New South Wales is also expected to be soggy for the second consecutive year. So why is our summer parade being rained on yet again?

Weather systems bring rain all the time. And from November to March, the monsoon occurs in northern Australia which adds to the wet conditions.

So will this summer be the wettest and wildest on record for Australia’s southeast? It’s too early to say, but the prospect can’t be discounted. 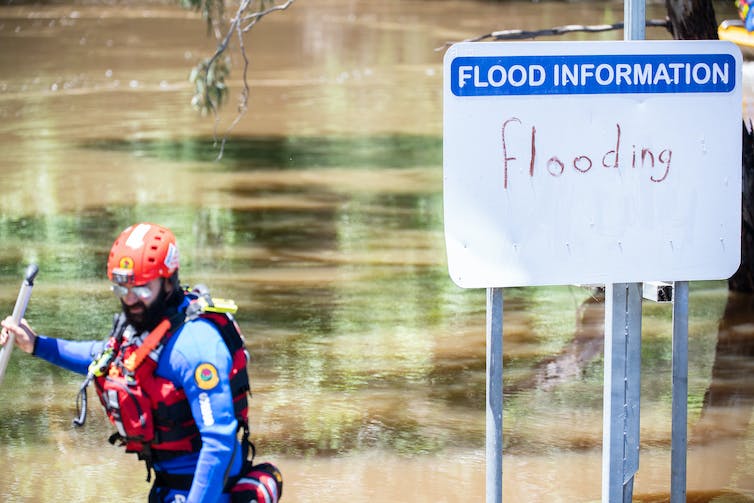 You’ve probably heard about the La Niña that’s emerged in the Pacific Ocean for the second year in a row. This event often brings overcast conditions, above-average rainfall and cooler temperatures.

A La Niña occurs when the central and eastern tropical Pacific Ocean become cooler than normal, due to an interaction between the atmosphere and the ocean.

During La Niña, atmospheric pressure increases in the east of the Pacific and lowers in the west. This pressure difference causes trade winds to strengthen. The Pacific waters north of Australia become warmer than normal, as the central and eastern Pacific cools.

The warm ocean around Australia increases moisture in the atmosphere and enhances the chance of rainfall for the northern and eastern parts of the country. It also increases the likelihood of tropical cyclones. 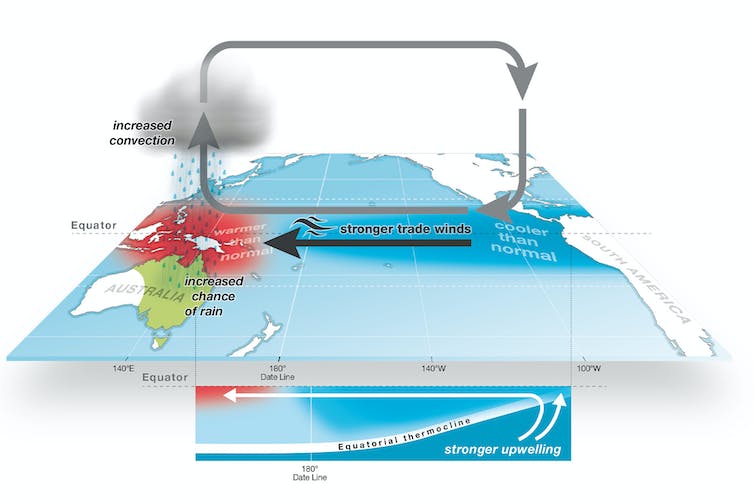 A schematic showing interactions between the atmosphere and ocean that produce a La Niña. Image: Bureau of Meteorology.

La Niña and its opposite drying phenomenon, El Niño, are together known as the El Niño–Southern Oscillation (ENSO). When each occur, they generally develop during winter and spring, mature in early summer and finish by autumn.

We saw that autumn finish in March this year, when the tail end of the last La Niña brought extreme rain and floods to the NSW coast and other regions.

So why are we seeing it back so soon? It’s actually not uncommon for La Niña to occur in two consecutive years. In fact, since 1958, about half of La Niña events reoccurred the following year, as the below graph shows.

These repeat events are far more common for La Niña than El Niño. That’s because after an El Niño, strong air-sea interactions cause the equatorial waters of the Pacific to rapidly lose heat. These interactions are weaker during La Niña, meaning the Pacific sometimes retains cool water which enables a second La Niña to occur.

We saw this in the consecutive La Niña events of 2010-11 and 2011-12. The first of these was an extreme La Niña, bringing heavy rain and the devastating Brisbane floods.

La Niña is not acting alone

La Niña is not the only phenomenon driving the wet conditions. This year, after the wet autumn in NSW, an event known as a negative “Indian Ocean Dipole” (IOD) developed.

An active negative IOD tends to change wind patterns and rainfall conditions over Australia’s southeast during spring, setting the scene for more wet conditions in summer.

Adding to this, the Southern Annular Mode (SAM) has been in its positive phase for a few months. The SAM refers to the position of westerly winds in the mid-latitudes of the southern hemisphere.

When the SAM is in a positive phase, mid-latitude storms move poleward, away from Australia, as onshore winds to eastern Australia enhance. This increases moisture and rain to the continent’s southeast. 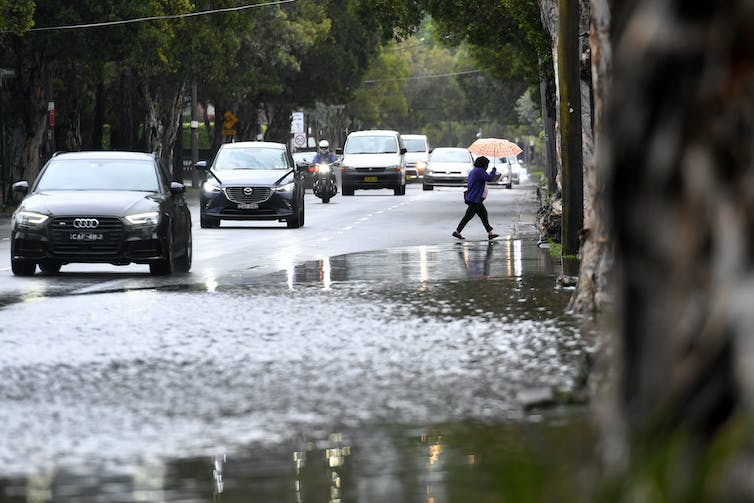 What about next year?

The Bureau of Meteorology’s seasonal outlook shows an increased chance of rain this summer (January to March) over parts of Queensland and the NSW coast, but not much for the rest of Australia.

So while it’s unlikely to be the wettest ever summer in Australia overall, we can’t yet rule that out for the east coast. Safe to say, the climate conditions are ripe for extreme wet weather over the next few months.

But rest assured that a third consecutive La Niña, while possible next year, is unlikely. Since 1950, three consecutive La Niñas have occurred only twice: in 1973-75 and 1998-2000. These were preceded by extreme El Niño events, which tend to induce La Niña events.

And while the rain might disrupt your summer plans, it’s worth remembering that just three years ago southeast Australia was in the midst of severe drought. The successive La Niñas have brought water and soil moisture back to the Murray Darling Basin – and in that sense that’s a very good thing.