The Institute of Environmental Studies director talks to Fran Strachan about growing up in Argentina, her work with the UN and her love of maté and red wine. 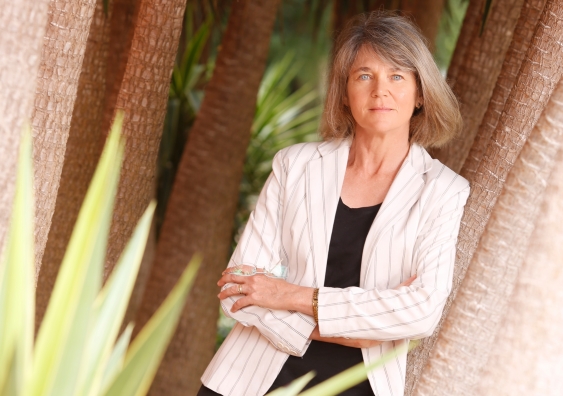 What was it like growing up on a farm in outback Argentina?

I rode my horse to school every day and tied it up outside our tiny classroom. There were only 30 children and one teacher. Then my father died when I was 11 years old and we had to leave the farm.

How do you stay connected with Argentina?

Mostly through Latin American music and literature, and drinking good Argentinian red wine keeps me in touch with the land. I’ve also continued drinking maté. It’s a Spanish drink like green tea and has a similar effect to caffeine, but it’s not as addictive.

Almost 20 years ago you sent more than 100 letters trying to find work in Australia. Why here?

The political and economic situation in Argentina wasn’t stable enough for me to apply my expertise. My first job was as a lecturer at Curtin University. Now Australia is my adopted country and my daughter was born here. This is my home. This is my place.

How did you become a leading authority on land degradation and environmental management?

My work encompasses earth observation science, physical geography and environmental monitoring. I’ve been particularly interested in using geospatial technologies for the management and analysis of natural resources. I’ve worked in international agencies and in academia. There’s baggage that comes from 25 years experience that sometimes makes you worthy of being an ‘authority’.

Your career began with the study of mapping – cartography – why did that appeal to you?

I started studying cartography in 1983, a decade after satellite images first became available for commercial use and I just loved the idea of mapping from space. My first job was for a government program in Argentina that aimed to encourage land tenure in slums to help people overcome poverty.

You’ve described your five years working at the UN as a “fantastic learning curve”. Why?

I learned the importance of being savvy about selling my messages and navigating political interests. As regional coordinator at the UN Environment Programme for Latin America and the Caribbean there was no room to be opinionated, I had to be neutral and back myself with scientific facts. It was during this time I made significant contributions to global and regional environmental reports. I also learned about the importance of communicating science to policy makers. It’s something we definitely emphasise to our students.

What are the major environmental issues facing Australia?

There are so many ongoing issues across the region – the loss of biodiversity, the degradation of our soils and forests, and addressing our waste generation. We are also yet to understand the full impact of environmental degradation on human wellbeing.