Beyond cooling towers: engineers clear the air on Legionnaire’s disease

UNSW engineers are advising how to mitigate the serious health risks associated with pathogens in aerator systems used in groundwater treatment plants. 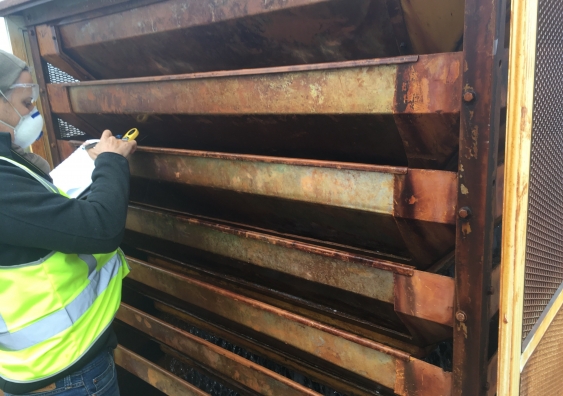 Legionella pathogen can enter a person's breathing system via inhaled water droplets such as cooling towers.

The Legionella pneumophila pathogen – one of the main bacteria that cause Legionnaire’s disease – loves watery conditions in temperatures between 37 and 43 degrees Celcius, making an air-conditioning cooling tower its ideal home.

But a less well-documented place that it can thrive is in the aeration units used in groundwater treatment works that are scattered throughout regional Australia.

Aeration units are devices that spray groundwater onto perforated metal plates with the triple purpose of cooling it, degassing it of trace elements such as methane and carbon dioxide, and reducing the water’s pH value.

While aerators are seen as good value – they’re cheap, uncomplicated and achieve their results without the need for chemicals – they do foster conditions that attract pathogens that can be very harmful to people who work close to these units.

The Legionella pathogen can enter a person’s breathing system via inhaled water droplets, and most of the time will provide no ill effects. But when it does lead to an infection, it can cause serious respiratory problems common to pneumonia, and in rare cases can result in fatality. At a higher risk of infection are infants, the elderly, and people with existing respiratory problems.

UNSW School of Chemical Engineering Associate Professor Pierre Le Clech heads a small team whose job is to mitigate the risk that the pathogen poses to people in proximity of aerators.

“Our brief is to detect the presence of legionella in groundwater aerators, assess and quantify its risk to humans and measure its growth, as well as other pathogens of concern,” A/Professor Le Clech says.

As part of a collaboration with Water Corporation Western Australia (WCWA) and UNSW’s School of Chemical Engineering, Professor Le Clech and his team are examining existing data, taking samples to analyse in the lab and applying advanced statistical tools and risk assessment methods such as ‘Bayesian network’ analyses.

“The collaboration has involved going to Western Australia, collecting samples and further data from our industrial partner to fill the gaps in our knowledge,” A/Professor Le Clech says.

“And we bring back samples taken in the aerators to the lab, including any deposits we find in the asset – you’ve got scaling, biomass, sludge, and algae –  and then try to quantify what is currently present in those assets.” 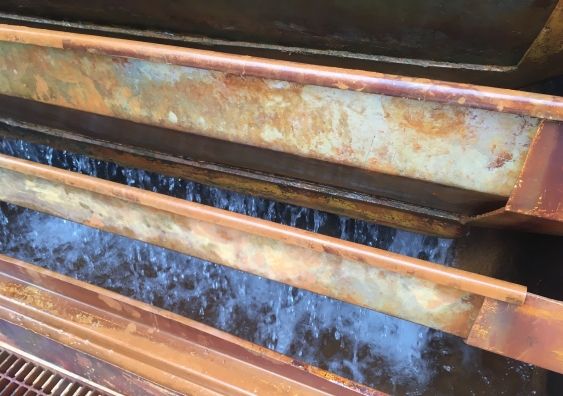 A less well-documented place that the Legionella pneumophila pathogen can thrive is in the aeration units used in groundwater treatment works that are scattered throughout regional Australia.

A/Professor Le Clech says that after examining the deposits inside aerators, he and his team assess whether they contribute to Legionella growth. Where they do, the team then decides on best recommendations to avoid a build-up of these deposits or whether they can be removed during scheduled maintenance.

“Because we're chemical engineers, our brief is also to provide detailed guidelines on how to design aeration systems that would limit the risk of deposits accumulating that would help promote the Legionella growth,” A/Professor Le Clech says.

As well as providing guidelines to WCWA, which he believes have the potential to become general guidelines for other water treatment plants around Australia, A/Professor Le Clech and his team are involved in the design of new sensor systems that could deliver online assessments and indication of the presence of Legionella on site.

“We hope to identify indicators that will help us potentially raise the alarm more quickly,” he says. “It's not currently possible to detect Legionella online, you can't just put a sensor in and detect whether or not you've got legionella.

“Today, you have to take a sample, go into the lab, and wait for five days or more – and it costs a lot.

“However, there are a couple of options that we are investigating to put sensors online and see if they can accurately identify conditions prone for Legionella growth,” A/Professor Le Clech says.

The research that A/Professor Le Clech is undertaking in partnership with WCWA will continue until the end of 2020.