Opinion The biggest mistake in the history of science

In the history of science, there is one error that beats out all others in terms of misery and that's the classification of humans into the different races, writes Darren Curnoe. 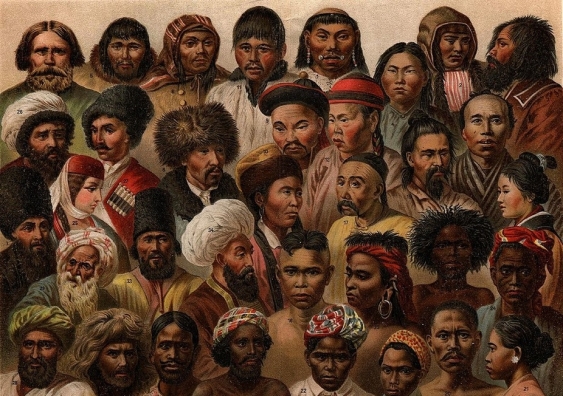 OPINION: Science is one of the most remarkable inventions of humankind. It has been a source of inspiration and understanding, lifted the veil of ignorance and superstition, been a catalyst for social change and economic growth, and saved countless lives.

Yet, history also shows us that its been a mixed blessing. Some discoveries have done far more harm than good. And there’s one mistake you will never read about in those internet lists of the all-time biggest blunders of science.

The worst error in the history of science was undoubtedly classifying humans into the different races.

Race theory has been used to justify barbaric acts of colonialism, slavery and even genocide. Even today it’s still used to explain social inequality, and continues to inspire the rise of the far right across the globe.

Now, there are some big contenders for this dubious honour. Massive blunders like the invention of nuclear weapons, fossil fuels, CFCs (chlorofluorocarbons), leaded petrol and DDT. And tenuous theories and dubious discoveries like luminiferous aether, the expanding earth, vitalism, blank slate theory, phrenology, and Piltown Man, to name just a few.

But race theory stands out among all of them because it has wreaked untold misery and been used to justify barbaric acts of colonialism, slavery and even genocide. Even today it’s still used to explain social inequality, and continues to inspire the rise of the far right across the globe.

Take for example the controversy that surrounded Nicholas Wade’s 2014 book A Troublesome Inheritance if you doubt for a moment the resonance race still has for some people.

The human races were invented by anthropologists like Johann Friedrich Blumenbach back in the eighteenth century in an attempt to categorise new groups of people being encountered and exploited as part of an ever expanding European colonialism.

From the very beginning, the arbitrary and subjective nature of race categories was widely acknowledged. Most of the time races were justified on the grounds of cultural or language differences between groups of people rather than biological ones.

Their existence was taken as a given right up until the twentieth century when anthropologists were busy writing about races as a biological explanation for differences in psychology, including intelligence, and educational and socioeconomic outcomes between groups of people.

Yet, there always was a great deal of unease about race and a widely held belief that racial categories were in practice extraordinarily difficult to apply.

One famous critic of racial theory was the American anthropologist Ashley Montagu who wrote in 1941: “The omelette called ‘race’ has no existence outside the statistical fryingpan in which it has been reduced by the heat of the anthropological imagination”.

If race still resonates today publicly and politically, what do scientists think about it? Do anthropologists in particular believe that races are still valid?

A new survey of more than 3,000 anthropologists by Jennifer Wagner of the Geisinger Health System and her team has recently been published in the American Journal of Physical Anthropology and it offers some valuable insights into their views and beliefs.

The omelette called ‘race’ has no existence outside the statistical fryingpan in which it has been reduced by the heat of the anthropological imagination.

They were asked to respond to 53 statements about race covering topics like whether races are real, if they are determined by biology, whether races should play a role in medicine, the role of race and ancestry in commercial genetic testing, and if the term race should continue to be used at all.

Most revealing was the response to the statement, “The human population may be subdivided into biological races”, with 86 percent of respondents strongly disagreeing or disagreeing.

We can take from this that there is a clear consensus among anthropologists that races aren’t real, that they don’t reflect biological reality, and that most anthropologists don’t believe there is a place for race categories in science.

But buried within the survey results were some troubling findings like that anthropologists from privileged groups - in the US context ‘white’ males and females - were more likely to accept race as valid than non-privileged groups.

These privileged scientists represent 75 percent of the anthropologists surveyed. Their power and influence reaches right across the field. They are the main people determining what research is done, who gets funding, they are training the next generation of anthropologists, and are the public face of the field as well as the experts whose opinion is sought on issues like race.

The take home message is clear. Like everyone else, anthropologists are far from immune to unconscious bias, especially the effects of social status and culture in shaping our beliefs on issues like race.

Ironically perhaps, we anthropologists need, as a discipline, to work a lot harder at challenging our own deeply held and culturally embedded views, as well as on giving a greater voice to those scientists from historically non-privileged groups.

Still, the survey makes a very clear statement. It is a resounding rejection of race by those scientists whose discipline invented the system of racial classification itself.

It also marks the near universal acceptance by anthropologist of decades of genetic evidence showing that human variation can’t be pigeonholed into categories called races.

Stepping out of my ivory tower, I can’t see the political class or broader community adopting such a strong view against race any time soon.

Darren Curnoe is the Chief Investigator and Co-Leader of Education and Engagement Program ARC Centre of Excellence for Australian Biodiversity and Heritage, and Director, Palaeontology, Geobiology and Earth Archives Research Centre at UNSW.