UNSW scientists measuring blood flow in the brain to better understand why people often become aggressive after drinking alcohol have found that brain areas that temper aggression shut off when people drink. 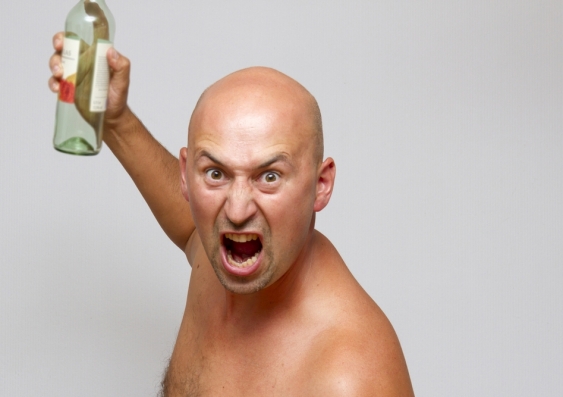 Brain scans show why people get aggressive after a drink or two. Photo: Shutterstock

After only two drinks, the researchers noted changes in the working of the prefrontal cortex of the brain, the part normally involved in tempering a person's levels of aggression.

The study, led by Associate Professor Thomas Denson of the UNSW School of Psychology, is published in the journal Cognitive, Affective, & Behavioral Neuroscience, which is an official journal of the Psychonomic Society and is published by Springer.

According to most theories, alcohol-related aggression is caused by changes in the prefrontal cortex. However, there is a lack of substantial neuroimaging evidence to substantiate these ideas.

In this study, Denson and his team recruited 50 healthy young men. The participants were either given two drinks containing vodka, or placebo drinks without any alcohol. While lying in an MRI scanner, the participants then had to compete in a task which has regularly been used over the past 50 years to observe levels of aggression in response to provocation.

The functional magnetic resonance imaging allowed the researchers to see which areas of the brain were triggered when the task was performed. They could also compare the difference in scans between participants who had consumed alcohol and those who hadn't.

Being provoked was found to have no influence on participants' neural responses. However, when behaving aggressively, there was a dip in activity in the prefrontal cortex of the brains of those who had consumed alcoholic drinks. This dampening effect was also seen in the areas of the brain that are involved in reward. Also, heightened activity was noted in the hippocampus, the part of the brain associated with people's memory.

"Although there was an overall dampening effect of alcohol on the prefrontal cortex, even at a low dose of alcohol we observed a significant positive relationship between dorsomedial and dorsolateral prefrontal cortex activity and alcohol-related aggression," says Denson.

"These regions may support different behaviors, such as peace versus aggression, depending on whether a person is sober or intoxicated."

The results are largely consistent with a growing body of research about the neural basis of aggression, and how it is triggered by changes in the way that the prefrontal cortex, the limbic system and reward-related regions of the brain function. The results of the current study are also consistent with several psychological theories of alcohol-related aggression.

Temper trap: the genetics of aggression and self-control