One way of potentially tapping into previously unreached audiences is via cli-fi, or climate-fiction, which explores how the world may look in the aftermath of climate change, writes Sarah Perkins-Kirkpatrick. 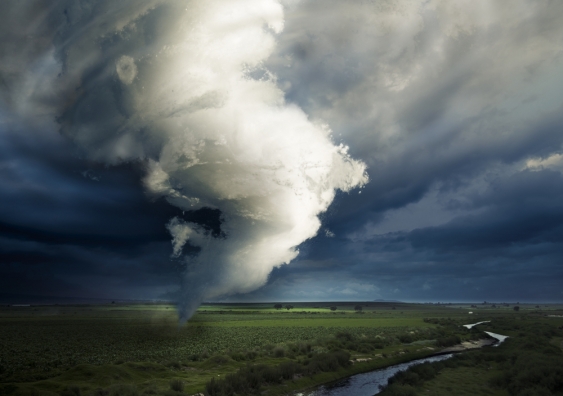 OPINION: Climate change - or global warming - is a term we are all familiar with. The warming of the Earth’s atmosphere due to the consumption of fossil fuels by human activity was predicted in the 19th century. It can be seen in the increase in global temperature from the industrial revolution onwards, and has been a central political issue for decades.

Climate scientists who moonlight as communicators tend to bombard their audiences with facts and figures - to convince them how rapidly our planet is warming - and scientific evidence demonstrating why we are to blame. A classic example is Al Gore’s An Inconvenient Truth, and its sequel, which are loaded with graphs and statistics. However, it is becoming ever clearer that these methods don’t work as well as we’d like. In fact, more often than not, we are preaching to the converted, and can further polarise those who accept the science from those who don’t.

One way of potentially tapping into previously unreached audiences is via cli-fi, or climate-fiction. Cli-fi explores how the world may look in the process or aftermath of dealing with climate change, and not just that caused by burning fossil fuels.

Recently, I participated as a scientist in a forum with Screen Australia, looking at how cli-fi might communicate the issues around climate change in new ways. I’m a heatwave scientist and I’d love to see a cli-fi story bringing the experience of heatwaves to light. After the forum, Screen Australia put out a call for proposals for TV series and telemovies in the cli-fi genre.

We absolutely need and should rely on peer-reviewed scientific findings for public policy, and planning to stop climate change and adapt to it. But climate scientists should not expect everyone to be as concerned as they are when they show a plot of increasing global temperatures.

Cli-fi has the potential to work in the exact opposite way, through compelling storylines, dramatic visuals, and characters. By making people care about and individually connect to climate change, it can motivate them to seek out the scientific evidence for themselves.

The term “cli-fi” was coined at the turn of the millennium, but the genre has existed for much longer. One of the earliest examples is Jules Verne’s The Purchase of the North Pole, where the tilt of the Earth’s axis is altered by human endeavours (of the astronaut, not industrial kind), bringing an end to seasonal variability.

More modern examples of cli-fi take their prose from real-life contemporary issues, imagining the effects of human-caused climate change. Some pieces of cli-fi are perhaps closer to the truth than others.

Could the thermohaline circulation (which carries heat around our oceans) shut down, bringing a sudden global freeze, as The Day After Tomorrow suggests? There is evidence that it will, but perhaps not as quickly as the film imagines.

Is it possible that fertility rates will be affected by climate change? The television-adapted version of Margaret Atwood’s The Handmaid’s Tale blames pollution and environmental change for a world-wide plummet in fertility, thus giving a cli-fi undertone to the whole dystopian series. While there is no scientific evidence to currently back this scenario, as a new parent, it struck a chord with me personally. The thought of a world where virtually every couple is unable to experience the joys of parenthood, particularly due to climate change, is quite distressing.

Poster for The Road Warrior, the second in the first Mad Max trilogy. Kennedy Miller Productions

Cli-fi also underpins the highly acclaimed Mad Max movie series. In a dystopian near-future, fossil fuel resources have depleted and the social and environmental impacts are vast. Australia has become a desolate wasteland and our society has all but collapsed.

Although such a scenario will be unlikely to occur in the next couple of decades, it is not completely unrealistic. We are burning fossil fuels far faster than they are forming, with some predictions that accessible sources will run out in the next century. And some of our famous ecosystems are already very sick thanks to climate change.

And then there is Waterworld. Yet another dystopia, where there is no ice left on Earth and sea levels have risen 7.5km above current levels. Civilisations exists only in small settlements, where inhabitants dream of the mythical “dry land”. While the movie overestimates exactly how much water is locked away in ice (sea levels can only rise by up to 60-70 metres), many major global cities would be inundated and no longer exist. And while it will take thousands, not hundreds of years for complete melting to take place, sea level rise is already posing a problem for some coastal settlements and small islands. Moreover, Arctic ice is predicted to completely melt away well before the end of this century.

Sure, the scientific evidence underpinning these storylines is embellished to say the least, But they are certainly worth deliberating over if they ignite conversations with people that mainstream science fails to reach.

The power of fiction

In the long run, cli-fi might encourage audiences to modify their everyday lives (and maybe even who they vote for) to reduce their own carbon footprint.

From personal experience, some audiences tend to disengage from climate change because of how overwhelming the issue may seem. Global temperatures are rising at a rate not seen for millions of years, and we are currently not doing enough to avoid dangerous climate change. Understandably, the scale and weight of climate change likely encourages many to bury their heads firmly in the sand.

To this audience, cli-fi also has an important message to deliver – that of hope. That it is not, or will it be ever, too late to combat human-caused climate change.

Imagining a future where green energy is accessible to everyone, where global politicians work tirelessly to rapidly reduce emissions, or where new technologies are discovered that safely and permanently remove greenhouse gases from the atmosphere are absolutely worth air time. Cli-fi can act as prose for science. And on the topic of mitigating climate change, there is no such thing as too much prose.

Sarah Perkins-Kirkpatrick is a Research Fellow at UNSW