Opinion Can we safely burn waste to make fuel like they do in Denmark? Well, it’s complicated

Waste-to-energy incinerators could help Australia deal with its mounting waste crisis, but burning rubbish may come with risks to public health. 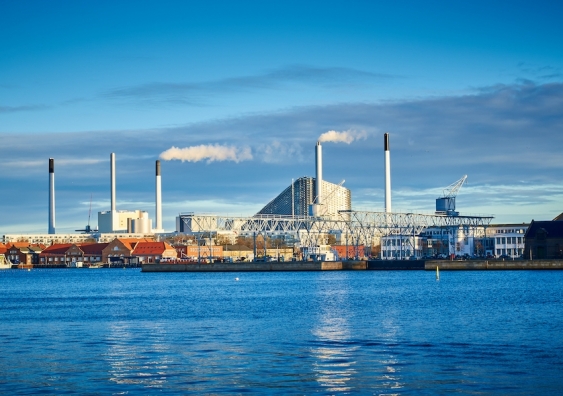 When it comes to handling the waste crisis in Australia, options are limited: we either export our waste or bury it. But to achieve current national targets, policy-makers are increasingly asking if we can instead safely burn waste as fuel.

Proposals for waste incinerators are being considered in the Greater Sydney region, but these have been lambasted by the Greens and independent members of the NSW parliament, who cite public health concerns.

Meanwhile, the ACT government has recently put a blanket ban on these facilities.

But are their concerns based on evidence? In our systematic review of the scientific literature, we could identify only 19 papers among 269 relevant studies — less than 10% — that could help address our question on whether waste-to-energy incinerators could harm our health.

This means the answer remains unclear, and we therefore call for a cautious approach to waste-to-energy technology.

One person, one year, 500 kilograms of waste

Australia’s waste crisis began in 2018 when China greatly reduced how much waste it imported. China’s waste market was handling about half of the world’s recyclable materials, including Australia’s.

On average, Australia produces roughly 500 kilograms of municipal (residential and commercial) waste each year. This aligns with the OECD average.

New Zealand in comparison, despite its strong environmental stance, is among the worst offenders for producing waste in any OECD country. It produces almost 800 kilograms per person per year.

Now, most recyclable or reusable waste in Australia goes to landfill. This poses a potential risk to both climate and health with the emission of potent greenhouse gases such as methane and the leaching of heavy metals such as lead into the groundwater. As a result, local governments may want to seek alternative options.

“Waste-to-energy” incineration is when solid waste is sorted and burned as “refuse-derived” fuel to generate electricity. This can replace fossil fuel such as coal.

Read more: The recycling crisis in Australia: easy solutions to a hard problem

The technology is on the rise among OECD countries. Denmark and Japan, for example, rely on waste-to-energy incineration to reduce their dependency on landfills and reach carbon neutrality.

Every day, around 300 trucks filled with non-recyclable municipal solid waste are sent to Amager Bakke.

This fuels a furnace that runs at 1,000℃, turning water into steam. And this steam provides electricity and heat to around 100,000 households. Generally, people in Denmark warmly welcome it.

So what’s the problem?

In Australia and the US, community reception towards the building of new incinerators has been cold.

The big concern is burning waste may release chemicals that can harm our health, such as nitrogen oxide and dioxin. Exposure to high levels of dioxin can lead to skin lesions, an impaired immune system and reproductive issues.

However, control measures, such as the technologically advanced filters used in Amager Bakke, can bring the amount of dioxin released to near zero.

Another concern is that implementing waste-to-energy incineration may go against recycling schemes, due to the potential for an increased demand for non-recyclable plastics as fuel. 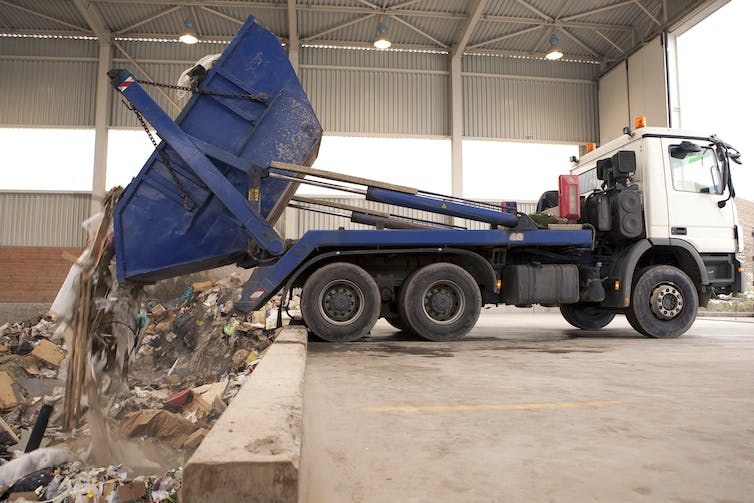 Burning waste may release substances that can harm our health, such as nitrogen oxide and dioxin. Shutterstock

Supply of this plastic could come from the waning fossil fuel industry. This would work against the goal of establishing a “circular economy” that reuses and recycles goods where possible.

An analysis from 2019 found that to meet European Union circular economy goals, Nordic countries would need to increase their recycling, and significantly shift away from incineration.

This concern is understandable given incinerators operate cleanest when fuelled at full capacity. This is because a higher temperature means a more complete combustion — a bit like less ash and smoke coming off of a well-built campfire.

A lack of evidence

As with many policy solutions, determining the safety of burning waste is complicated.

Our review found a lack of evidence to fully reject well-designed and operated facilities. However, based on the limited number of health studies we found, we support a precautionary planning approach to waste-to-energy proposals.

Read more: Garbage in, garbage out: Incinerating trash is not an effective way to protect the climate or reduce waste

This means we need appropriate health risk assessment and life cycle analyses built into the approval process for each and every incinerator proposed in the near-future.

The studies we found were all performed in the last 20 years. None were from the Nordic countries, however, where waste-to-energy incineration has been in use for many decades.

The reasons for the Nordic embrace of this technology are speculative. One reason may be that their level of economic development allows large capital investment for safe, state-of-the-art design and operation. 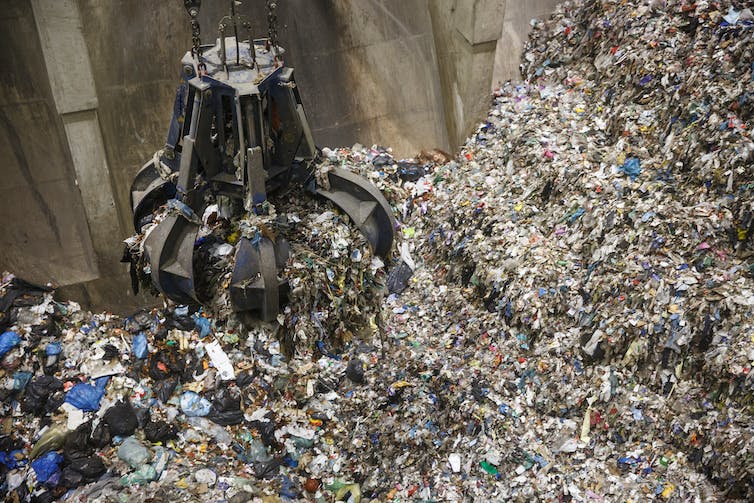 Waste incineration goes against the goals of a circular economy. Shutterstock

If councils are determined to pursue waste-to-energy incineration, we suggest they prioritise specific applications.

For example, we found the process with the most favourable life-cycle assessment (the most beneficial to health compared to traditional fossil fuel use) was the “co-incineration” of refuse-derived fuel for industrial cement.

Currently, cement kilns are mostly fuelled by burning coal, and it’s difficult to reach the high temperatures required with traditional renewables. This means substituting coal for refuse-derived fuel could reduce the industry’s dependency on coal, when renewables aren’t an option.

Another solution is to focus instead on the waste hierarchy. This means first minimising waste production, maximising energy efficiency and maximising recycling and reuse of waste materials.

So, while we wait for more knowledge on how waste-to-energy incineration may affect our health, let’s focus on improving our waste hierarchy, rather than exporting our waste to feed a global crisis.

Designing a new solution to our waste crisis

Apartment made from waste glass and textiles showcases 'green' ceramics