The cane toad's diet of dung beetles in Australia's tropical rangelands could be having a serious impact on cattle health,  a UNSW-led study suggests. 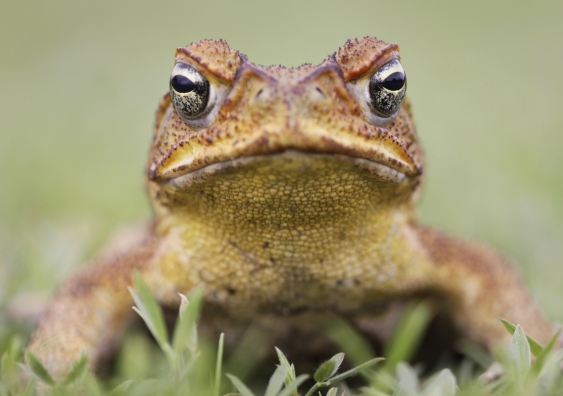 Reducing the number of cane toads in Australia’s tropical rangelands would benefit the cattle industry by increasing the number of dung beetles that carry out the vital job of burying dung, a UNSW-led study suggests.

Toxic cane toads not only kill native animals, they also prey on these beetles, preventing them performing the dung decomposition work that allows cattle to graze more freely and lowers the animals’ risk of infection with parasites.

“Cane toads love eating dung beetles. For them, it’s like being at a sushi train. They just sit in front of a dung pat and wait for the beetles to fly in,” says study author, Ben Feit, a PhD student from the University of Western Sydney.

The study is published in the journal Ecosystems. 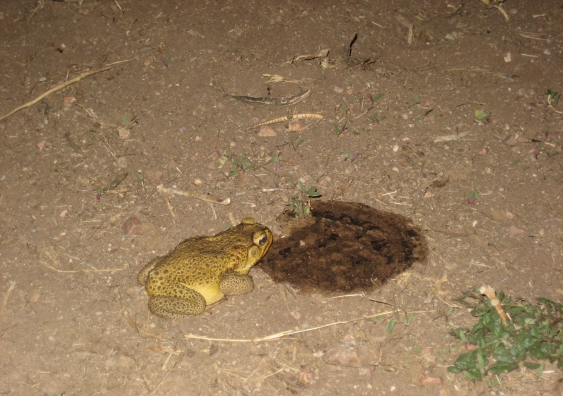 “We found there were five times more toads at dams than at tanks, and far fewer beetles – only about a twelfth of the number present around tanks,” says Mr Feit.

“This lower abundance of dung beetles around dams reduced the decomposition of cattle dung. About 13 per cent more dung pat was broken down during a two-day period at the tanks than at the dams.”

Before dung beetles were introduced to Australia large areas of rangelands were made unsuitable for grazing, because the dung hampered pasture growth and the cattle avoided areas covered with dung.

As well, parasites such as buffalo flies and worms that breed in the dung pose a major health risk to the cattle.

In semi-arid rangelands the cattle, like the cane toads, congregate around artificial water sources, which also attracts dung beetles.

“Toads are undoing the valuable job that dung beetles provide for the cattle industry. Preventing toads from accessing water will reduce both toad numbers and relieve their impacts on dung beetles,” says Associate Professor Letnic.

A previous study by this team of researchers from UNSW, University of Western Sydney, University of Melbourne and La Trobe University has shown that long-term control of toad numbers can be achieved across much of the area affected by toads by restricting their access to water.