The speed limit in areas with high pedestrian activity should be reduced to 30 to 40km/hr – rather than Australia’s current 50 km/h, a new study by UNSW scientists recommends. 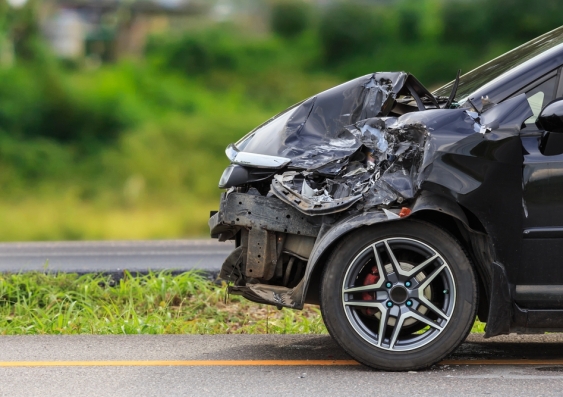 In a bid to reduce the likelihood of pedestrian deaths, motor vehicles shouldn’t be allowed to go faster than 40km/h in high pedestrian active areas – preferably 30 km/h, a new UNSW Sydney study has found.

A high pedestrian active area includes any part of a city’s CBD, shopping strips along roads in suburbs and country towns, roads in front of schools during morning peak hour arrivals and afternoon departures, and sports venues with crowds crossing roads.

“Pedestrians struck in vehicle crashes are the largest group of traffic fatalities worldwide – and excessive speed is the biggest factor in such crashes,” explains UNSW Professor Jake Olivier, who presented the findings to the US National Academies of Sciences, Engineering, and Medicine's Transport Research Board’s annual meeting. The work is an international collaboration of researchers at UNSW Sydney and UHasselt in Belgium.

“Even an impact speed of as low as around 30 km/h is equivalent to what you would experience if you fell off the roof of your house.”

However, there’s still a lot of international debate around what should be a safe maximum speed limit for vehicles in high pedestrian active areas – the odds for any given particular speed vary extensively between studies.

“That’s why we wanted to see how the likelihood of a pedestrian dying in a crash changed at different speeds – and our study is the largest to date with data on over 37,000 pedestrians,” Professor Olivier says.

In the study, the scientists searched four electronic databases to identify studies that reported data on pedestrian fatalities or serious injuries from motorised vehicle crashes with known estimated impact speed. They then analysed data from 20 studies – containing data from six countries – for their meta-analysis. The analysis found that risk of a fatality reaches 5% at an estimated impact speed of 28km/h, 10% at 36km/h, 50% at 57km/h, 75% at 67km/h and 90% at 78km/h.

“So, for example, if a pedestrian gets hit by a vehicle at 30km/hr impact speed, the average risk of death is at 6% - but when the impact speed increases by 1km/h, the odds of a pedestrian fatality increases on average by 11%,” says Professor Olivier.

“Therefore, assuming a vehicle travelling at the speed limit will slow down by at least 25% prior to impact, speed limits for areas with high pedestrian activity should be set to 30 to 40 km/h.”

The researchers recommend that speed limits should be set even lower in areas of poor visibility and thus slower reaction times, stressing that it is important for policy makers to prescribe speeds that are safe, i.e. survivable, for all road users.

“At this speed, if an alert and responsive driver travels at night on a poorly lit street with the vehicle’s light set to low beam, they will not perceive the pedestrian at all. The impact speed will be at 50 km/h, where the risk of the pedestrian being killed is on average around 33%. At this impact speed it would be equivalent to what you would experience if you fell off the roof of a three-story building – barely survivable.”

The researchers say that their recommendations are in line with international best practice.

“The speed limits we propose for high active areas are commonly used by best practice countries – such as Sweden, Netherlands and the UK – that have the lowest road fatality rates and that practice a Safe System Approach to road safety. Our urban limit of 50 km/h is simply much too high,” concludes Professor Grzebieta.

In Australia, 5.34 in 100,000 people die in a motorised car crash every year, placing Australia 15th lowest out of the 31 nations with available data. The nations with the two lowest rates were Norway (2.59) and Switzerland (2.59).