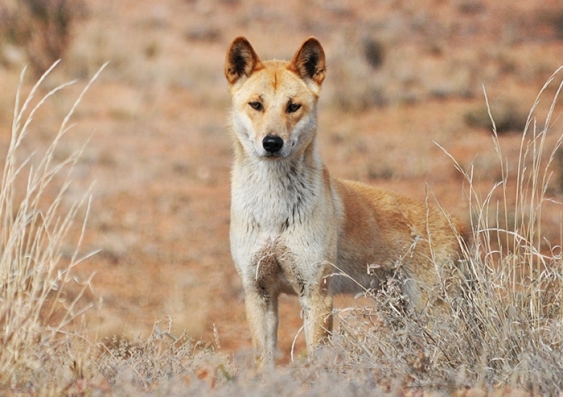 There is no conclusive evidence that the Australian dingo was once domesticated, UNSW scientists reveal, challenging the notion that the animal is therefore feral.

In a study published today by UNSW Sydney researchers, Professor Bill Ballard and Dr Laura Wilson suggest more research is needed that incorporates ancient DNA and whole genome data before such a conclusion can be made. The pair also examine evidence supporting the idea that the dingo was tamed, rather than domesticated.

The question of whether the dingo was ever domesticated is an important one because by definition, a feral animal is one that has returned to the wild following domestication. It overarches an ongoing, politically charged debate between governments, pastoralists, miners, scientists and conservationists throughout Australia.

This year the Western Australian government was planning reforms to the Biodiversity Conservation Act that would not only continue to define the dingo as a wild dog that is not native to Australia, but also remove the classification of the animal as part of Australia’s fauna. It reportedly backed away from declaring it as non-fauna in November last year.

But despite the backdown on this point, dingoes, which are thought to have lived on mainland Australia for at least 3500 years, can still be trapped and killed in Western Australia, with some pastoralists and mining companies favouring culls to protect people and livestock.

In an attempt to take the heat out of the debate and reintroduce a scholarly framework for discussion, the authors reviewed past research to test whether there were indicators of dingoes being domesticated versus evidence the canids* were merely tamed.

They invoke Darwin’s writings in 1868 to make the distinction between domestication – defined as artificial selection as a result of breeding by humans for desired traits – and the taming of an animal, where a species is unconsciously selected by humans through interaction that may casually benefit both parties.

If there is evidence the dingo was tamed rather than domesticated (and has since reverted to its untamed ancestral wild state), the authors argue, the Western Australian government’s policies are “based on an incomplete understanding of the evolutionary history of the canid”.

Study lead-author Professor Ballard is an evolutionary biologist from UNSW's School of Biotechnology and Biomolecular Sciences. He says the research, which examines genetic markers to distinguish untamed and wild canids from ‘feralised’ dogs, could be used to inform management strategies.

“Untamed and wild canids are not expected to carry signatures of artificial selection which are the hallmarks of domestication,” he says.

“In such a case, ancestral dingoes are predicted to have fully intergrated into the ecosystem upon arrival to Australia.

“In contrast, feralised dogs are expected to show genetic signatures of human selection, which would influence the foods they eat, their responses to humans as well as brain functions.

“But even if the latter scenario is true and dingoes can be regarded as once-domesticated, an open question that could be the subject of a future proposal is: ‘Does 3500 years of integration into the Australian biota make them native?’”

Co-author Dr Laura Wilson, from UNSW’s School of Biological, Earth and Environmental Sciences, brings her expertise in morphology to the study. She says expressing the knowns and unknowns about the dingo’s biological and evolutionary profile makes it an exciting time for research on the dingo.

“There are a whole host of morphological features that are associated with domestication in mammals, and dogs actually stand out as the extreme, being the only domesticated mammal to possess the full suite of these features,” she says.

“These include, for example, shortening of the face, reduction in brain size, depigmentation of the skin or fur, development of a curly tail and floppy ears.”

In contrast, pure dingoes have been shown to have cranial growth patterns more similar to wolves than domesticated dogs, larger brains and a more discrete breeding season producing fewer pups than domestic dogs.

Dingoes are also notably less sociable with humans than domesticated dogs, characterised by a weaker ability to interpret gestures and a shorter time maintaining eye contact. 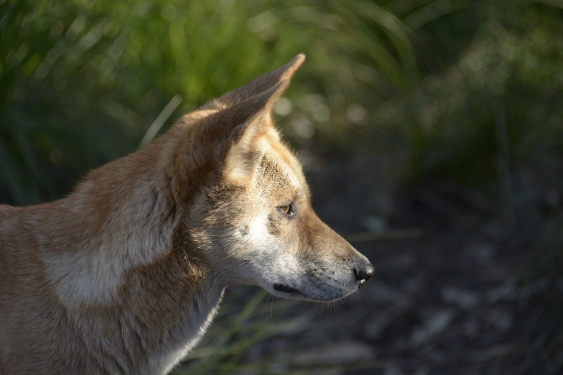 At the genetic level, there is consensus that there are at least two dingo ecotypes (Alpine and Desert) and these are closely related to New Guinea Singing Dogs. The authors note that some studies suggest Alpine dingoes are genetically similar to the African Basenji dog, implying dingoes were historically domesticated but now feralised.

Other studies examine the presence of the Amylase gene which regulates enzymes to help with the digestion of starches. In domesticated dogs, there are far more copies of the gene, which assists with a human-provided, starch-rich diet, whereas in dingoes and their wolf ancestors, copies of the gene exists in lower numbers, suggesting the dingo’s diet was not reliant on humans.

Professor Ballard is well placed to be talking about dingo genes, having won the World’s Most Interesting Genome competition in 2017. But after looking for clues in support of and against the dingo’s domestication, he is convinced of the need of more research before making decisions about its future.

“We actually know less than I thought,” he says. “So I think it’s time to be more strategic and rigorous with our studies so that debates are based on data and not anecdotes or ‘gut’ feelings.”

*Members of the dog family Canidae, including wolves, jackals, foxes, dingoes and dogs.