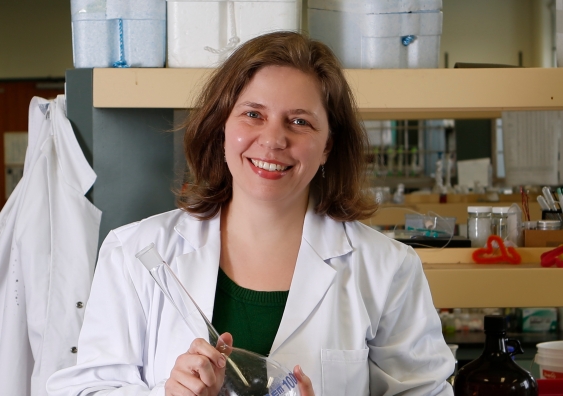 Professor Martina Stenzel of the UNSW School of Chemistry

Leading female scientists from business, academia, research and government will address a symposium on gender equity in science at UNSW tomorrow.

The Celebrating Women in Science Leadership event will also highlight initiatives such as the Male Champions of Change group and the Australian Academy of Science’s SAGE (Science in Australia Gender Equity) program.

Professor Johnston says: "It is incredibly important to have female role models and recognition of women’s achievements. Part of being able to become a successful scientist is to have the confidence to try.”

The achievements of the UNSW researchers as well as those of other female scientists including the new head of the Australian Museum Research Institute, Dr Rebecca Johnson, will be celebrated at the event.

Executive Director and CEO of the Australian Museum Kim McKay AO will chair the proceedings, which will be opened by UNSW President and Vice-Chancellor Professor Ian Jacobs.

ABC TV presenter Emma Alberici will interview female leaders about the myths and challenges facing them as top managers and role models.

Media are invited to attend. Please RSVP to Deborah Smith.