A three-year study has confirmed that significant alterations to flow regimes by dams can have a big impact on downstream platypus populations. 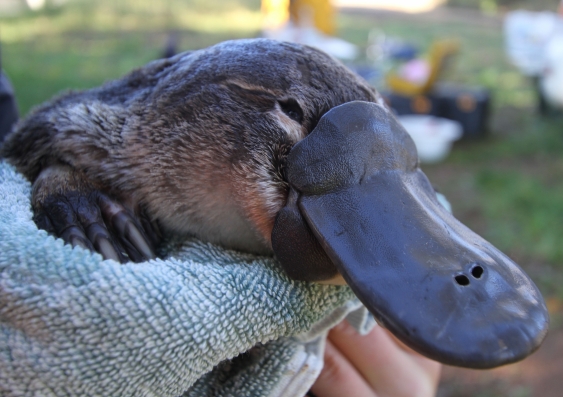 UNSW scientists say river regulation is one of the major threats to the platypus, which is listed as a threatened species in Victoria. Image: Platypus Conservation Initiative

Some large dams are having a serious impact on downstream platypus populations, an extensive three-year study by UNSW scientists has found.

The researchers from UNSW Sydney’s Platypus Conservation Initiative in the Centre for Ecosystem Science (CES) say the natural flow regime needs to be replicated on dammed rivers if platypus populations are to recover in areas below large dams.

“The way dams are managed, such as the timing and volume of the release of water, can significantly impact on platypuses living downstream,” lead author Dr Tahneal Hawke said.

Their findings, published in the international scientific journal Aquatic Conservation, are concerning as much of the distribution of platypuses overlaps with highly regulated or dammed rivers.

The platypus is listed as endangered in South Australia and was listed as a threatened species in Victoria in January this year.

A landmark assessment by the scientists last year recommended the platypus be listed as a threatened species under Australia’s and NSW's environmental legislation.

That assessment found that river regulation was one of the major threats to the platypus, along with historic land clearing and extreme droughts.

For this study, the CES researchers surveyed platypuses in unregulated and regulated rivers on upstream and downstream sections of large dams across three regions of eastern Australia: the Upper Murray, Snowy, and Border River. 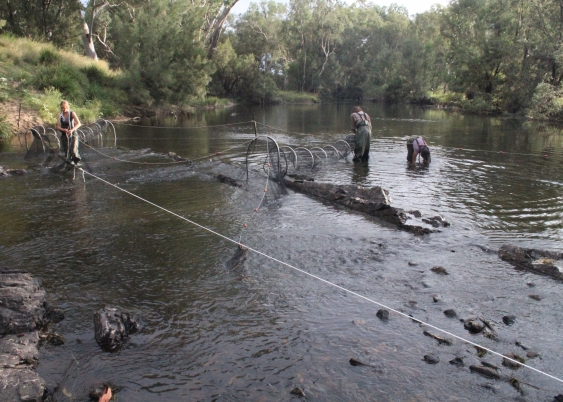 “We were particularly concerned about the low captures and the lack of female platypuses below Dartmouth Dam on the Mitta Mitta River, probably because the dam has changed the seasonality and temperature of flows so much,” Dr Hawke said.

Researchers found no differences in captures upstream and downstream of other large dams in the study, indicating that the way in which water is regulated, including the use and timing of environmental flows, were important.

“This is probably as a result of restoration efforts on the Snowy River and maintaining the timings of flows on the Severn River,” Dr Hawke said.

“Protecting platypuses remains a real challenge because much of their habitats coincide with regulated rivers,” co-author and researcher Dr Gilad Bino said.

“Reducing negative impacts through better water management will be vital in preserving this iconic species, which is experiencing multiple and interacting threats.”

Professor Richard Kingsford, a co-author and Director of CES, said there is much to be learnt about the complex effects of dams and sustainable management of our rivers.

“There are opportunities to use environmental flows to improve outcomes for rivers and platypuses by ensuring sufficient allocation of the water to the environment and releasing water at the right time of year,” he said.

“We also need to make sure that base-flows, particularly during drought periods, are high enough to ensure permanent waterholes which serve as critical refuges for platypuses and other freshwater species.

“However, the physical barrier effect of dams remains a permanent problem to many species.”

As part of the Platypus Conservation Initiative, the researchers continue to investigate platypus populations across their range and the impacts of threatening process, working with state and local governments to develop conservation strategies to protect the iconic species from further declines.

Read the study in Aquatic Conservation.