A study of almost 100,000 NSW school children shows children born to teenage mothers have the highest risk of developmental vulnerabilities at age 5, largely due to social and economic disadvantage. 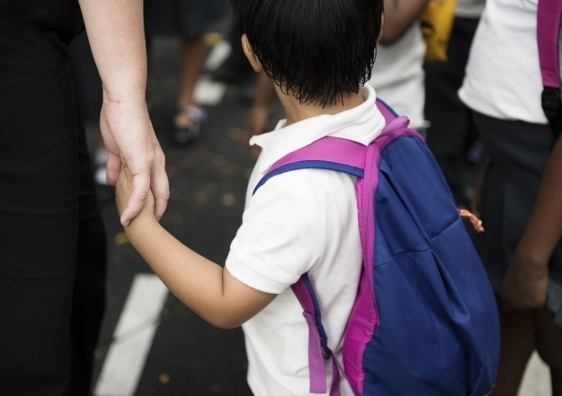 Children born to teenage mothers have the highest risk of developmental vulnerabilities at age 5, largely due to social and economic disadvantage, a UNSW-led study of almost 100,000 NSW school children has found.

The risk declines steadily with every additional year of a mother’s age up to 30 years, then increases slightly after 35 years and older - to a level similar to the risk for children born to mothers in their early twenties.

The study, published in the journal PLOS Medicine, is the largest ever carried out on early child development across the full range of maternal age.

The study analysed data from the Australian Early Developmental Census for 99,530 five-year-old children in their first year of school in NSW in 2009 or 2012, as well as their health and demographic data collected at birth.

Developmental vulnerability is defined as scoring in the lowest 10%, based on 2009 standards. Overall, 21% of the children in the study were identified as developmentally vulnerable in at least one of the five areas.

“We found that the lowest risk of developmental vulnerability – 17% – was among kids born to mums aged about 30 to 35. The highest risk – 40% – was for children of mothers 15 years or younger, and this was mostly underpinned by social and economic disadvantage,” says study first author, Dr Kathleen Falster of the UNSW Centre for Big Data Research in Health, and the Australian National University.

“The increased risks for the babies of older mothers, such as premature birth and low birth weight, are well known, but until now, there has been limited large-scale evidence on about the developmental outcomes of their children beyond infancy,” says Dr Falster.

“The good news from our study is that the vast majority of kids born to mums aged 35 and older fare well. The elevated risk of developmental vulnerability we identified is relatively small.

The early years of life are critical to an individual’s long-term health and well-being, and the study highlights the opportunities available to promote better developmental outcomes in early life.

“Our research suggests that policies and programs that support disadvantaged mothers of all ages, including young mothers, may reduce developmental vulnerabilities, supporting more kids to reach their potential.”