China is in the midst of a devastating heatwave and drought. Amid an electricity crisis, China has doubled down on coal investments to meet demand. 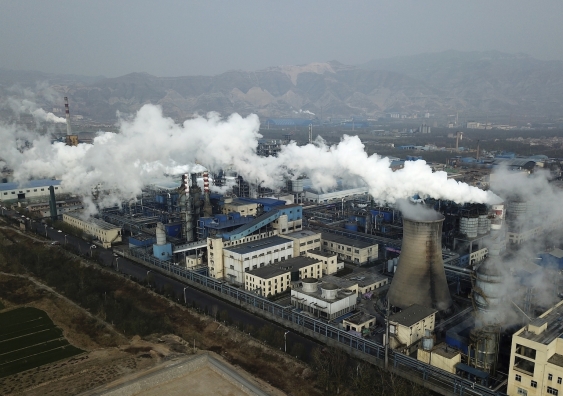 The southwest province of Sichuan, for example, relies on dams to generate around 80% of its electricity, with growth in hydropower crucial for China meeting its net-zero by 2060 emissions target.

Sichuan suffered from power shortages after low rainfall and extreme temperatures over 40℃ dried up rivers and reservoirs. Heavy rainfall this week, however, has just seen power in Sichuan for commercial and industrial use fully restored, according to official Chinese media.

The energy crisis has seen Beijing shift its political discourse and proclaim energy security as a more urgent national mission than the green energy transition. Now, the government is investing in a new wave of coal-fired power stations to try to meet demand.

In the first quarter of 2022 alone, China approved 8.63 gigawatts of new coal plants and, in May, announced C¥ 10 billion (A$2.1 billion) of investment in coal power generation. What’s more, it will expand the capacity of a number of coal mines to ensure domestic supply as the international coal market price jumped amid Russia’s invasion of Ukraine.

China is responsible for around a third of global carbon dioxide emissions, which makes this latest rebound to fossil fuels a climate change emergency. 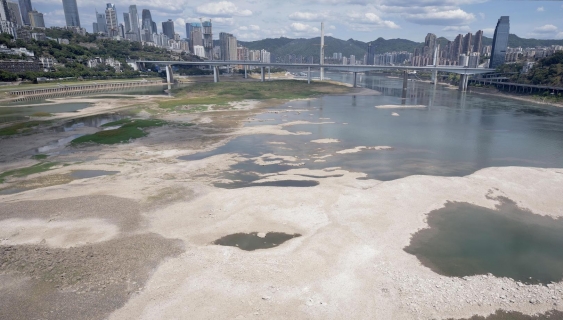 The Yangtze River in Chongqing, China, partially dried up due to a severe drought and heatwave. Kyodo via AP Images

How did it come to this?

In 2021, China’s CO₂ emissions rose above 11.9 billion tonnes – their highest level in history and dwarfing those of other countries. And according to the International Energy Agency, rapid GDP growth and electrification of energy services caused China’s electricity demand to grow by 10% in 2021. This is faster than its economic growth at 8.4%.

China had been attempting to reduce its dependency on coal for decades, with the growth of coal consumption gradually flattening from 2014.

A few months later, this goal was moved ahead of schedule. At a summit of global leaders, Jinping promised that China’s coal use would peak in 2025.

But the downward trend of coal consumption started to rebound in 2021, with a 4.6% year-on-year increase, the highest growth rate in a decade.

Over 33 gigawatts of coal power generation, including at least 43 new power plants and 18 new blast furnaces, started construction in China in 2021. This is the highest level since 2016 and almost three times the rest of the world combined.

Then, in 2022, we witnessed the international coal market skyrocket as geopolitical tension from Russia’s invasion of Ukraine and economic recovery from the pandemic boosted global demand. Beijing, in turn, increased domestic coal production with double-digit growth in the first half of 2022. 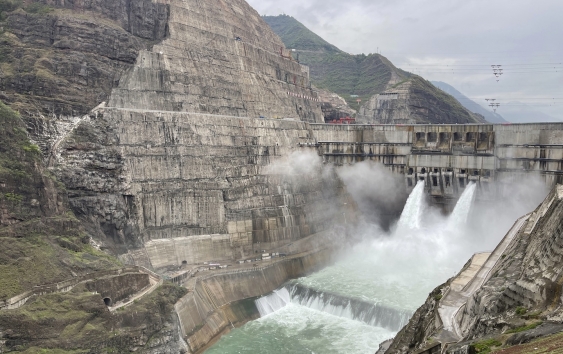 The world’s largest hydropower project under construction in Sichuan, prior to the drought. Imaginechina via AP Images

Tug of war between green energy and security

The current energy crisis is not only an unintended consequence of the drought, but also a result of its long-term net-zero emissions goal. Increased coal import costs and rash control of domestic coal production put China’s energy supply in question, and renewable energy wasn’t ready to fill the gap.

In response to the crisis, the People’s Daily newspaper – the mouthpiece of the Chinese Communist Party – stated “the rice bowl of energy must be held in your own hands”. And Chinese Energy News called energy security a matter of national destiny.

Caught between green energy promises and dwindling energy supply, Beijing turned to see green energy as a secondary goal that could be put aside after energy security is fully guaranteed. 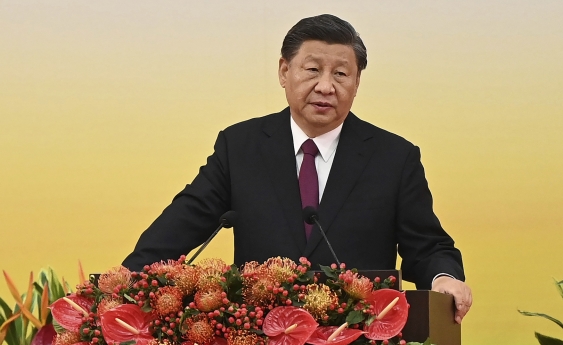 The push for more coal power is at odds with China’s climate goals. According to China’s 13th Five Year Plan, coal-fired plants should be capped at generating 1,100 gigawatts of electricity.

To date, China has 1,074 gigawatts of coal power in operation, but more than 150 gigawatts of new plants have either been announced or permitted, according to the Global Energy Monitor.

The China Electricity Council – the industry group for China’s power sector – recommends the country reaches 1,300 gigawatts of coal-fired power in 2030 to meet the rising demand and strengthen energy security. If this occurs, it would see more than 300 new plants built.

Read more: China's step-up on climate action may have huge implications for Australia

Without more restrictions against China’s use of fossil fuels, the world will hardly meet Paris Agreement climate targets.

China is expected to cease coal use entirely by 2050 in order to successfully meet promised climate targets. But the more resources are invested, the harder it’ll be for China to get rid of fossil fuels.

The 14th Five-Year Plan (2021-2025) will be crucial in determining how China meets its carbon commitments and whether the world is on track to meet the 1.5℃ target. Under this plan, China wants carbon to peak by 2030, but the action plan remains vague.

As Professor David Tyfield of the Lancaster Environment Centre asserted: “until China decarbonises, we’re not going to beat climate change.”