Closed captions could become compulsory as well as popular

Closed captions on online educational videos are not just beneficial for those who are hard of hearing or who have English as a second language – almost all university students find them useful. 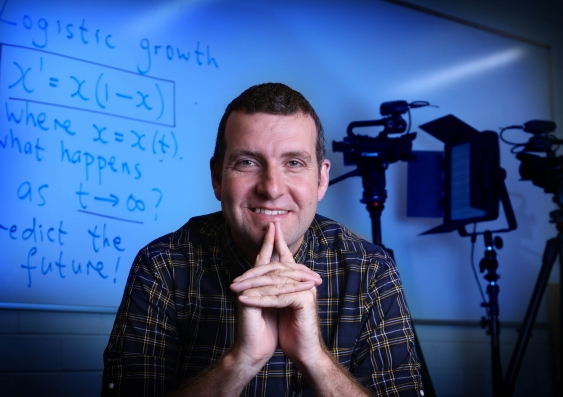 Closed captions on online educational videos are not just beneficial for those who are hard of hearing or who have English as a second language; almost all university students find them useful, UNSW research shows.

The study – the largest survey of its kind in Australia – is timely, given an increasing reliance by universities on instructional videos and possible legal ramifications if these videos are not appropriately captioned.

“Last year advocates for the deaf filed federal lawsuits against Harvard University and the Massachusetts Institute of Technology for failing to provide closed captions in their online lectures, claiming this was as discriminatory as not providing ramps for people in wheelchairs.

“This is an issue universities will need to take seriously. As a result, captions are likely to become very widely used in future. Yet not much is known about the best practice for implementing them, particularly for visual disciplines such as mathematics,” he says.

Tisdell, of the UNSW School of Mathematics and Statistics, is a pioneer of online mathematics education. His free e-textbook, Engineering Mathematics: YouTube Workbook, has reached an audience of over 10 million learners in more than 200 countries since its launch in 2012, and his other free YouTube university-level maths videos have exceeded 8 million downloads since he began making them in 2008.

The new study, by Tisdell and Birgit Loch of Swinburne University of Technology, is published in the International Journal of Mathematical Education in Science and Technology.

For the research, a team of UNSW students volunteered to create closed captions manually for 45 educational videos in mathematics, using agreed notation. It was a laborious process taking about five minutes to produce captions for each minute of video footage.

First-year mathematics students at UNSW were encouraged to watch the videos on YouTube for two months and were then surveyed on their experiences.

“About 98 per cent of the mathematics students broadly agreed the text on the screen was a useful learning feature, and they gave some surprising reasons for their views,” says Tisdell.

“Some students said they allowed them to watch the videos in noisy environments such as on public transport, when exercising, in restaurants or when they had no headphones handy.

“They also helped if the lecturer had an accent that was difficult to understand or some of the recording was hard to hear. But some students also said they found the captions distracting,” he says.

Educational videos can be made quickly and cheaply by academics using smartphones or tablets and uploaded to sites such as YouTube or iTunesU. The students in the study were critical of automatically translated captions as inaccurate. 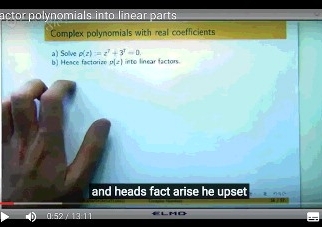 Automatically translated captions can be very inaccurate for maths 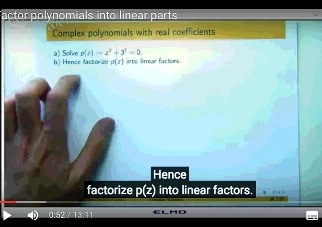 The push for science & maths