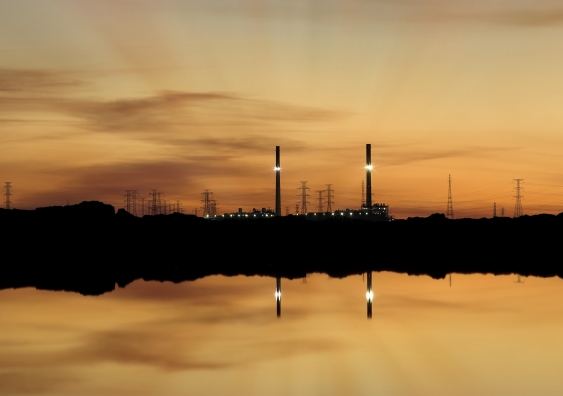 OPINION: South Australia is facing the closure of its Northern and Playford B power stations and Leigh Creek coal mine, after Alinta Energy yesterday announced plans to shut them ahead of schedule. It will cost 438 jobs in the coal-mining and coal-fired electricity industries. But this threat to employment could be transformed into an opportunity for creating many new jobs in renewable energy.

The South Australian electricity system could be operated entirely on scaled-up, commercially available, renewable energy sources. This is the conclusion of my forthcoming report (to be published next week) to the Conservation Council of South Australia.

Our modelling at UNSW Australia shows that the SA system could be supplied mainly by a mix of wind power; solar photovoltaic (PV) panels, both on rooftops and in large solar farms; and concentrated solar thermal (CST) power with thermal storage. Gas-fired turbines and demand management via “smart” meters and switches would manage the infrequent small lulls in wind and solar supply.

I estimate this transition would take 15–25 years, during which time the natural gas fuel for the gas turbines would be gradually replaced by biofuels from agricultural residues – thus making the system fully renewable. There would be increased trading of electricity with Victoria and possibly over a new transmission link to New South Wales.

Already a leader… by Australian standards

SA is already the leading Australian state in non-hydro renewable energy, with about 40% of annual electricity consumption now coming from wind and sunshine. SA has already shown that it can operate reliably and stably for hours when the contribution of variable renewable energy reaches two-thirds of demand, and last weekend wind power and gas coped admirably when the coal-fired Northern power station went unexpectedly offline.

In Europe, the idea of a state moving to 100% renewable energy would not be regarded as a controversial proposal. The north German states of Mecklenburg-Vorpommern and Schleswig-Holstein are already operating on 100% net renewable energy, mostly from wind. The “net” indicates trading with each other and their neighbours. Although SA has transmission connections to Victoria only, it has the advantage over northern Europe that it is very sunny as well as windy.

Our calculations show that SA does not need any baseload power stations, such as coal or nuclear. Indeed, the lack of operational flexibility of coal and nuclear makes them poor partners for high penetrations of variable renewable energy. The SA system has already operated reliably for long periods without its coal-fired stations, as last weekend’s incident demonstrated.

SA could create a wide range of new jobs in manufacturing, installation, grid connection, technical support and sales, which could help to compensate for the forthcoming job losses in its coal industry.

As for the nuclear question, the multinational financial analyst Lazard estimates the average costs of subsidized new nuclear energy in the United States in 2017 to be 12.4–13.2 US cents per kilowatt hour (kWh), compared with unsubsidized costs of 3.7–8.1 c/kWh for onshore wind, and 7.2–8.6 c/kWh for large-scale solar PV. For Britain’s proposed new nuclear power station Hinkley C, the UK government is offering a guaranteed price of 9.25 p/kWh (14 US c/kWh) increasing with inflation for 35 years. Thus new nuclear energy prices are roughly double those of onshore wind, and also higher than those for solar farms.

What’s more, a nuclear power station (600 megawatts or more) would be too big for the SA grid system, and smaller “modular” reactor designs are not yet commercially available. Renewable energy, in contrast, is technically and economically feasible, and environmentally and socially desirable.